Rancakmedia.com - For those of you who don't know about meaning of Adobe Illustrator, you don't need to worry because we will discuss it in the article that we provide below.

Basically, Adobe Illustrator is usually used as a mainstay software by certain circles, so it's not surprising that its presence is not as popular as Adobe Photoshop, even though they were both released by Adobe.

As everyone knows, Adobe never disappoints its users, because it always provides the best features and sophistication, including Adobe Illustrator.

Illustrator software is a graphic design processor that is claimed to have features that are complete enough to create excellent projects. 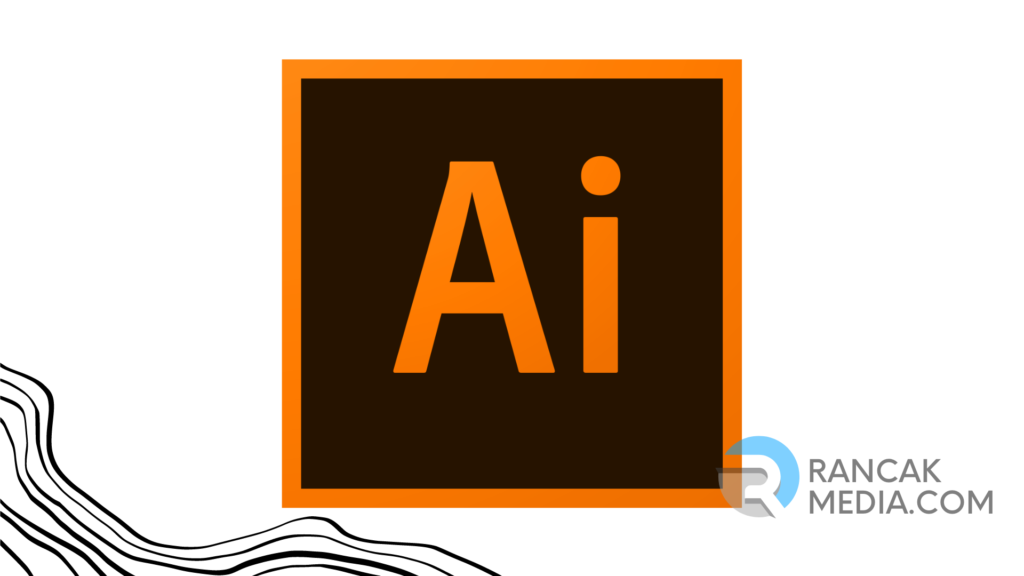 Even though its performance has been recognized, it cannot be denied that many still do not know what Adobe Illustrator means.

Before you know the meaning of Adobe Illustrator, you need to know the history of Illustrator first.

Each version of Illustrator has new features that cannot be found in previous versions.

Therefore, if the user wants to use Illustrator completely, you must install the latest and updated version of AI.

adobe began developing Illustrator in 1985, but was officially released in January 1987. Adobe began to design and program in 1986 which is a part of Photoshop.

In 1988, Illustrator officially released version 1.7 which was released as illustrator 88, which was initially introduced with better tools and features than the previous version.

In 1989, Illustrator 88 was appointed by Byte as the winner of the Byte Award, because it was claimed to be better than its opponent Aldus FreeHand.

In 1990, Adobe officially released Illustrator for the NeXR, Silicon Graphics, and Sun Solaris platforms, but its market acceptance plummeted.

The release of Illustrator from version 1 to version 5 is still under monitoring, because Adobe has not been consistent on which platform to focus on. The new Adobe can be consistent with the choice of platforms starting in version 7.

The GUI Interface began to be reorganized and re-adjusted, to achieve the consistency that has become twofold between the Mac and Windows platforms.

Below is the history of the release of Adobe Illustrator based on the version, from 1996 to the Win 95 version which may still be installed on the current updated Windows operating system:

Adobe Illustrator is a vector-based graphics software, developed and marketed by Adobe Systems. 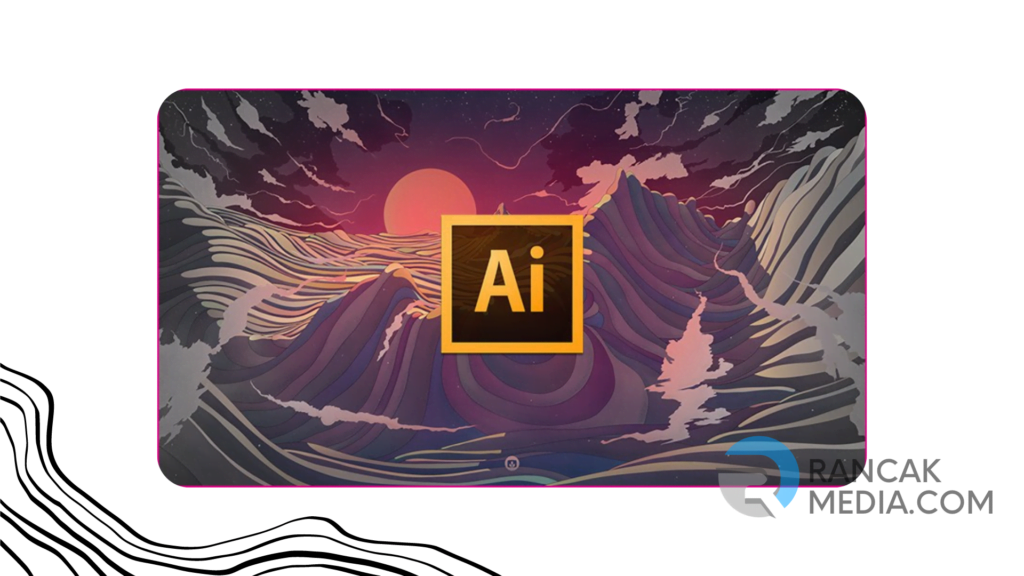 Over the years, Adobe Illustrator has experienced version development, Illustrator CC is the latest version of the twentieth generation for Illustrator products.

This software is used to draw works in the form of digital illustrations with maximum results.

Some of the digital works that can be produced from this application are logos, icons, product designs, illustrations, advertisement designs on billboards, media content designs, and so on.

Adobe's official site provides an explanation of graphics, through which this software produces vector shapes.

Vector itself has the best advantage for images that are designed because the type of image is not broken when enlarged.

Therefore, the Adobe Illustrator software is highly favored by digital creators in running a design and multimedia business.

The main features of Adobe Illustrator can be seen from the left and right side views which are called the Tools Panel.

The tool panel has provided several icons or tools for selecting, creating, and manipulating objects on the document board or Artboard.

However, the user must know what the names of the tools and the uses of the features provided are. Here are some features that you can use, namely:

Layers is a basic palette that is always found by users, because the layers are always applied to the Adobe system software in image processing applications, one of which is Photoshop.

In Adobe Illustrator, layers are also an important tool in the formation of a design object. The Layer Palette will also organize list information or object layers on the Artboard or worksheet board. 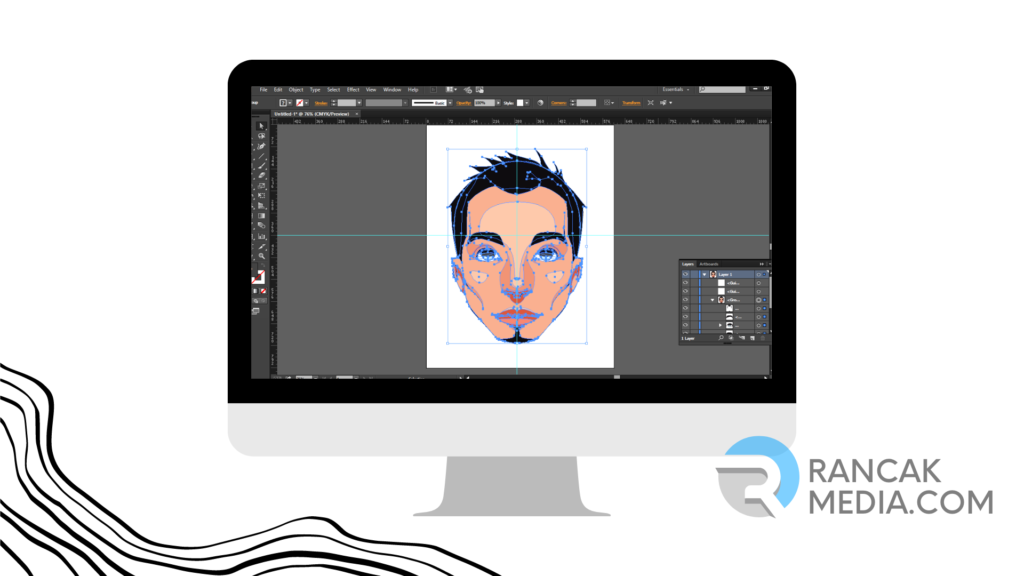 The Tools panel is the feature most often used in AI, because in the Toolbox there are various menu functions for creating various objects in Illustrator documents.

This toolbox is located in the display on the left, with more than 50 tool tools available.

The color palette feature is used to make coloring by specifying the fill color (Fill) and the stroke (Stroke).

In this color palette, various color parameters will be displayed from the RGB or CMYK coloring types.

The Transparency Palette is part of the tool that is used to adjust the opacity level of the created object.

The transparency palette in Adobe Illustrator's newest feature will be further enhanced by providing object or layer sliders.

This palette also provides a new Opacity Mask control with an object fill color luminance value to cover the base object.

In this section, the Stroke Palette can be used by users to outline objects or are called outlines.

This tool provides line thickness settings for vector objects, which can be adjusted according to the user's wishes.

The Gradient Palette will assist users in adjusting the position of the color gradation on a selected vector object.

The default color of the gradation is black and white, then it can be adjusted to various colors taken for object coloring. 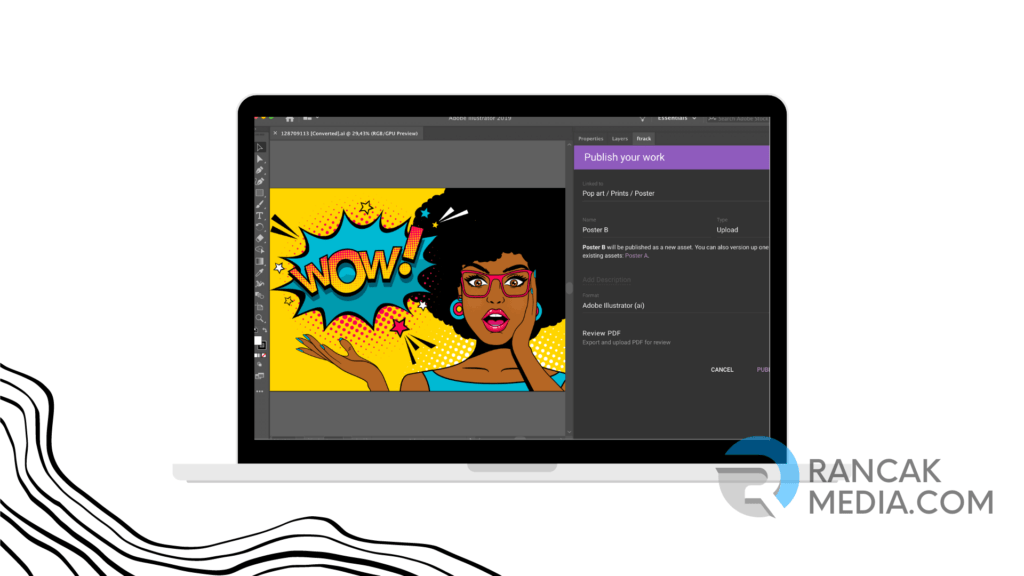 Functions and Benefits of Adobe Illustrator

In the view of graphic designers, Adobe Illustrator is usually used to create various digital images and is also used as print media.

The superior function of the Illustrator software is to design or draw in vector form.

Apart from that, Adobe Illustrator can also be used to make tracing on photo objects, recolor objects to make the photo look like a sketch.

In addition to drawing illustrations, this software also makes it possible to manipulate text and create multimedia designs.

Illustrator users will also be supported to create and design mock up designs as icon templates or design shapes to display in applications or websites.

In terms of the quality of the vector images that are owned, indirectly this software is useful for creating good works in terms of image quality.

The functions and uses of this AI software vary greatly, depending on the basic and exploratory abilities of the user who wants to process the design image into what it looks like.

In detail, some of the multimedia design works produced from Adobe Illustrator are:

Of the many works that can be designed using Adobe Illustrator, it is a designer's job that is very profitable when connected to a commercial or business form. 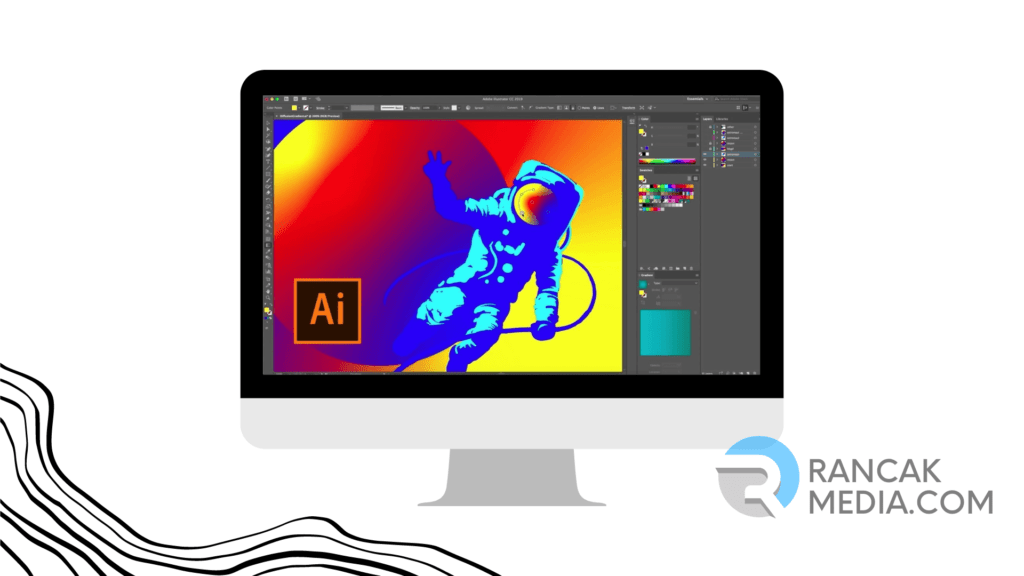 Now, even though it has a variety of features, Adobe Illustrator is an application that you cannot use for free, aka free.

You need to pay a subscription fee to legally enjoy the features and tools. Based on information on Adobe's official website, the subscription scheme options include: