Rancakmedia.com – What are receivers? Based on the English translation, the meaning of the word "receiver" means "receiver". This receiver is related to antennas, cell phones, computers, televisions and radar.

Depending on the application, receivers can receive different types of data. Digital and analog electromagnetic waves or signals can be sent and received via cable media.

However, in the context of wireless networks and cellular communications, the word "receiver" is often used. A piece of technology that receives signals and translates them into a language that other devices or computers can understand.

Transceivers, including cellular telephones (cell radio) and data transmission antennas, are examples of devices that can operate as transmitters and receivers (transceivers).

If the broadcaster and receiver are in the same area, the transmission medium is usually cable or wire, but wireless signals can also be used to allow broadcast techniques to broadcast to various receivers. Individuals who receive products, whether in the form of words, letters, or goods, are referred to as receivers in general communication.

This concept pervades and applies to all forms of receivers in any form of technology because all of them without exception have the ability to receive something that has been sent by the transmitter, whether in the form of electromagnetic waves, electrical signals, sound. waves, or even light sound waves.

In this post, we will explore what is meant by a receiver in electronics and communications.

If you're curious, and especially if you want to learn all there is to know about how data is sent over cell phone networks, be sure to listen to all the information until the end of our explanation.

List of contents: Show
1 What is a Receiver
2 Process On Receiver
3 Straight Receiver
3.1 Antenna
3.2 RF Tuning
3.3 Detection or Demodulation
3.4 Amplifying
3.5 Sound Equipment Section
4 Superheterodyne Receiver
4.1 Antenna
4.2 RF Tuning
4.3 Heterodyne Local Oscillator
4.4 Mixers
4.5 IF Filters and Amplifiers
4.6 Detection/Demodulation
4.7 Audio Amplifiers
4.8 Speaker
5 FAQs
5.1 What Is a Receiver in Communication?
5.2 What is the function of the receiver on the AC?
5.3 Can a Mini Satellite Dish Be Without a Receiver?
6 Conclusion
6.1 Related Recommendations:

What is a Receiver

What sense is that receivers, any of several devices that can receive a signal, such as a radio wave, and turn it into something useful. 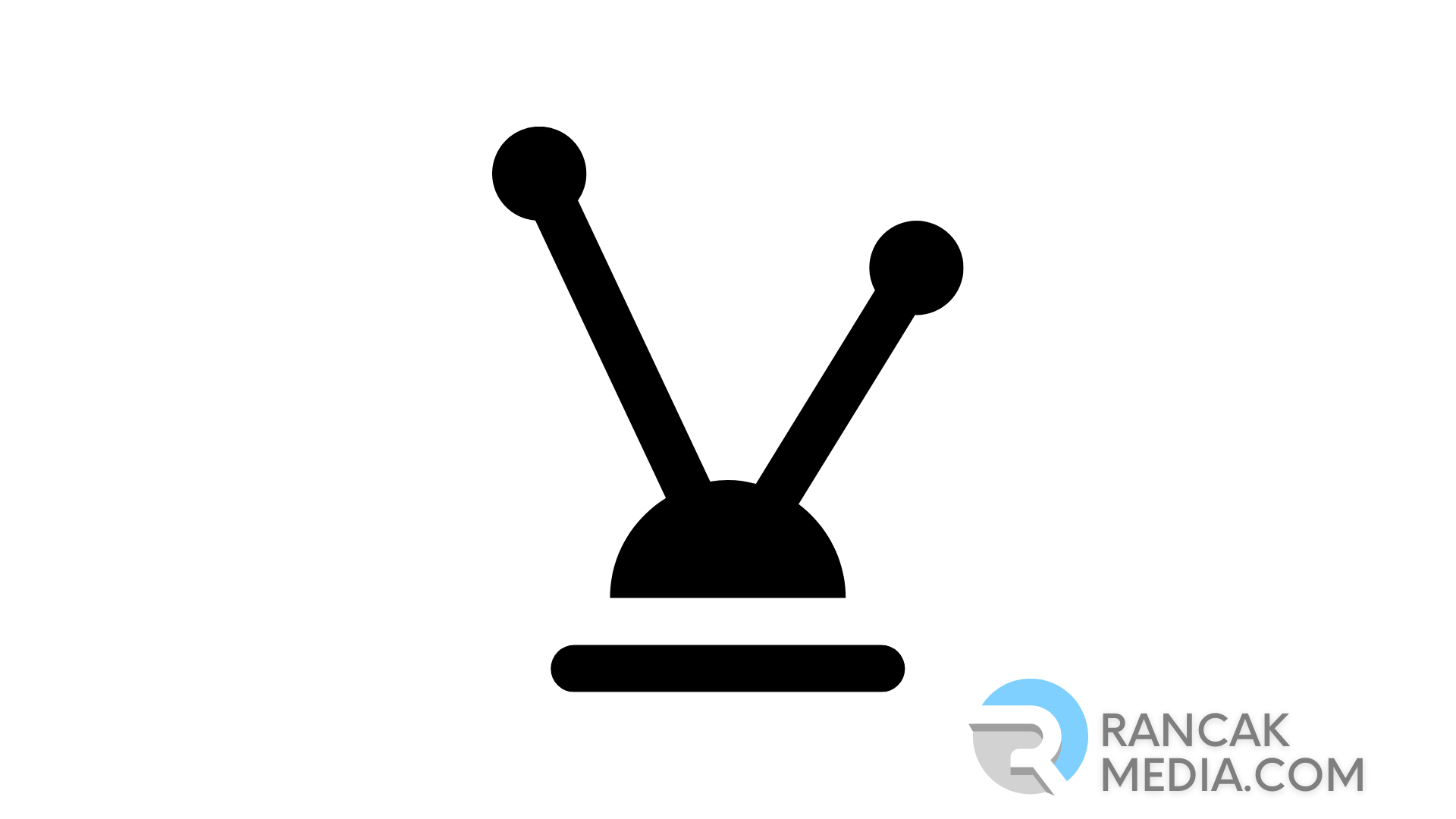 A device known as a receiver must be on the receiving end to receive the radio signal and interpret the data it carries.

Even if other people talk to you via radio waves, you won't be able to understand them. So, the receiver has to take the radio waves and convert them back to the original source of information. Radio, telephone, TV and many other receivers can be found almost everywhere.

With that in mind, you should be able to explain the processes that occur in the receiver so that the device can display the same information as the original that we described earlier.

There are two kinds of receivers with various processing steps, namely straight receivers and superheterodyne receivers. Following are the procedures of each type:

straight receivers, such as Superheterodyne receivers, demodulate the received signal directly. This type, on the other hand, is rarely used due to its lower sensitivity and selectivity. The following is the sequence of processes that occur in a straight receiver: 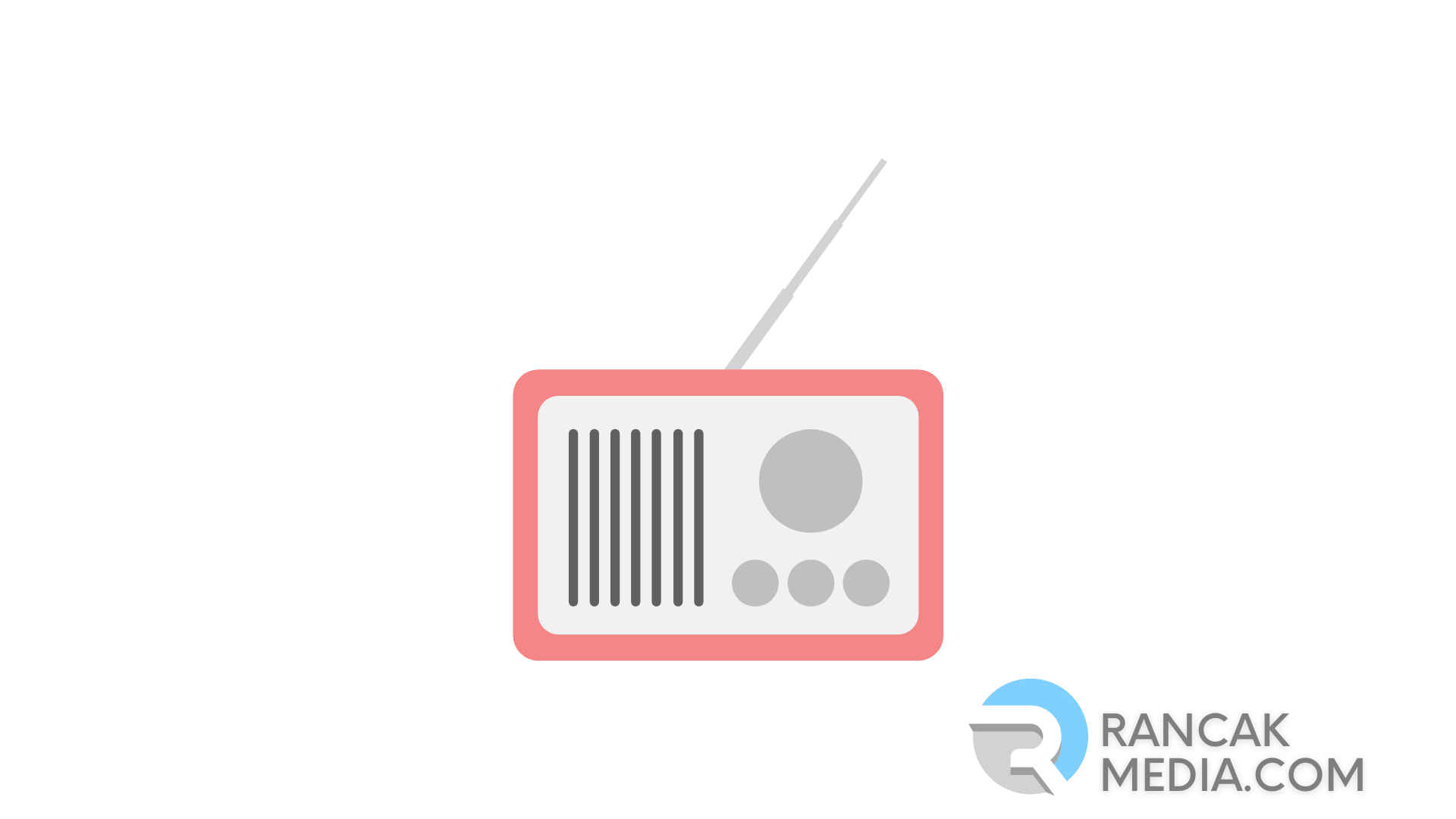 When a radio transmitter transmits a signal, it does so by using the information from the antenna to pick up the vibrations and signals of the radio waves.

Now in this step, the receiver takes a signal that includes the information we need from all the radio waves (RF = radio frequency) received by the antenna for input and processing it to the next stage.

Resonance is a typical approach that involves finding the same resonant frequency as the carrier signal conveying the desired information using a variable capacitor. The RF tuning method can provide the excellent signal-to-picture rejection that all receivers demand.

At this point, the information signal that has been isolated from the carrier will be amplified by the amplifier components.

The information signal is converted back to its original form, sound. Speakers, which can convert electrical signals into audible sound waves, may be the instrument of choice. 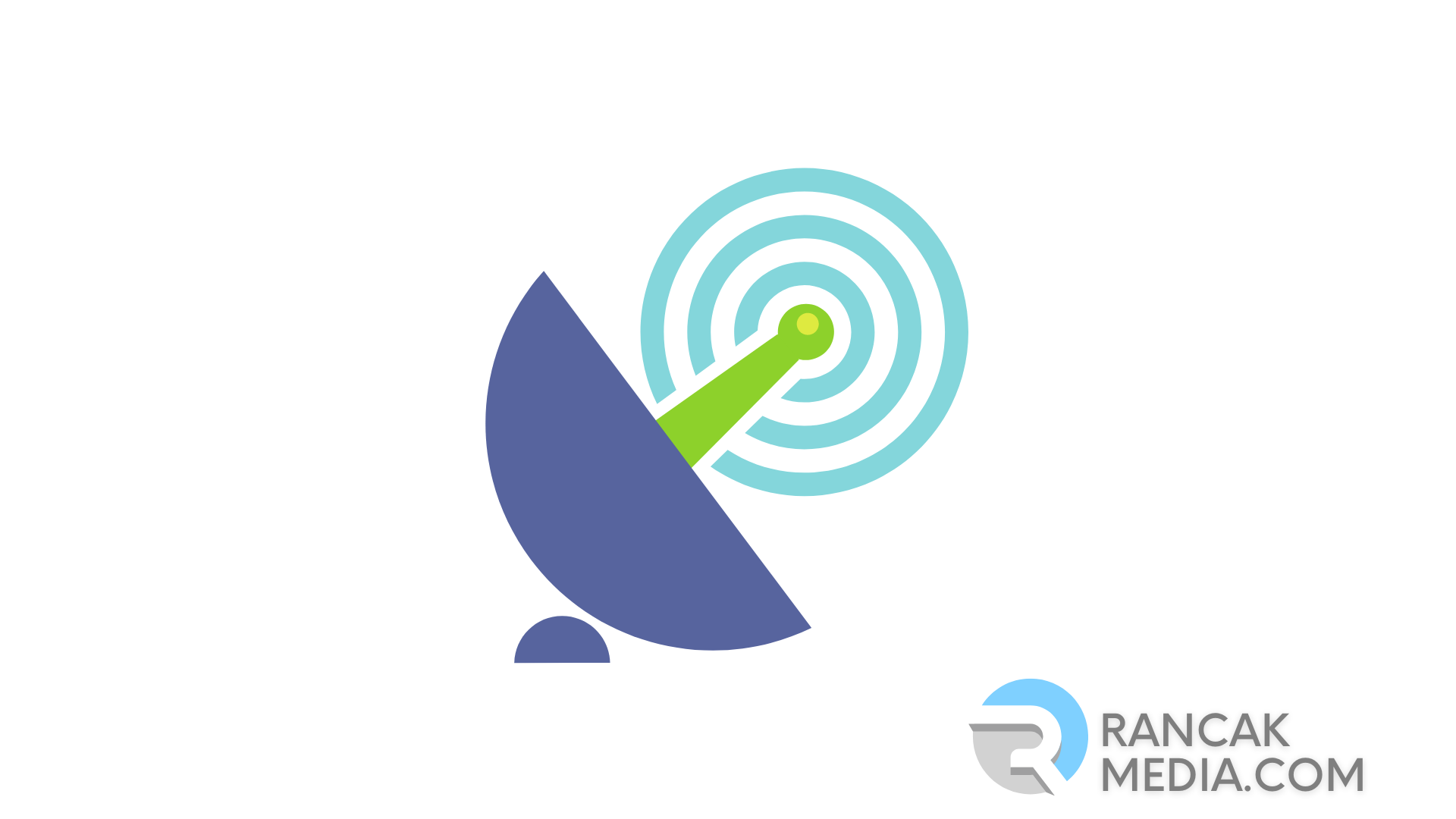 Just as before, an antenna is needed to capture radio wave vibrations or signals.

Not much different from before, this type of receiver also performs RF tuning steps to select a signal that includes the information we need.

Now here's the difference between a superheterodyne and a direct receiver. Because of the mixing stage, a local oscillator is required which acts to create a signal with the same frequency as the IF signal used in the receiver (usually around 455kHz).

This step is the essence of superheterodyne receivers, especially the mixing stage. the receiver uses a mixer to combine the signal from the local oscillator with the signal it is receiving to create the required IF.

IF Filters and Amplifiers

The transistor mixer collector in most AM receivers has a resonant circuit with a resonant frequency equal to the IF frequency. Its job is to filter out signals with frequencies that are different from the IF frequencies because they are the result of unwanted mixing and do not contain the information signals we are looking for.

Modulation is used to extract information from the signal, which is the next step in the process. Using a low-pass filter, you can remove modulated frequencies from the signal. This signal will be sent to the speakers, where it will be converted into sound vibrations that people can hear.

The information signal is amplified before being transmitted to the speaker. So, between the demodulator and the speaker, there is a potentiometer to change the loudness.

The speakers are the changing part digital information into sound waves that you can hear. 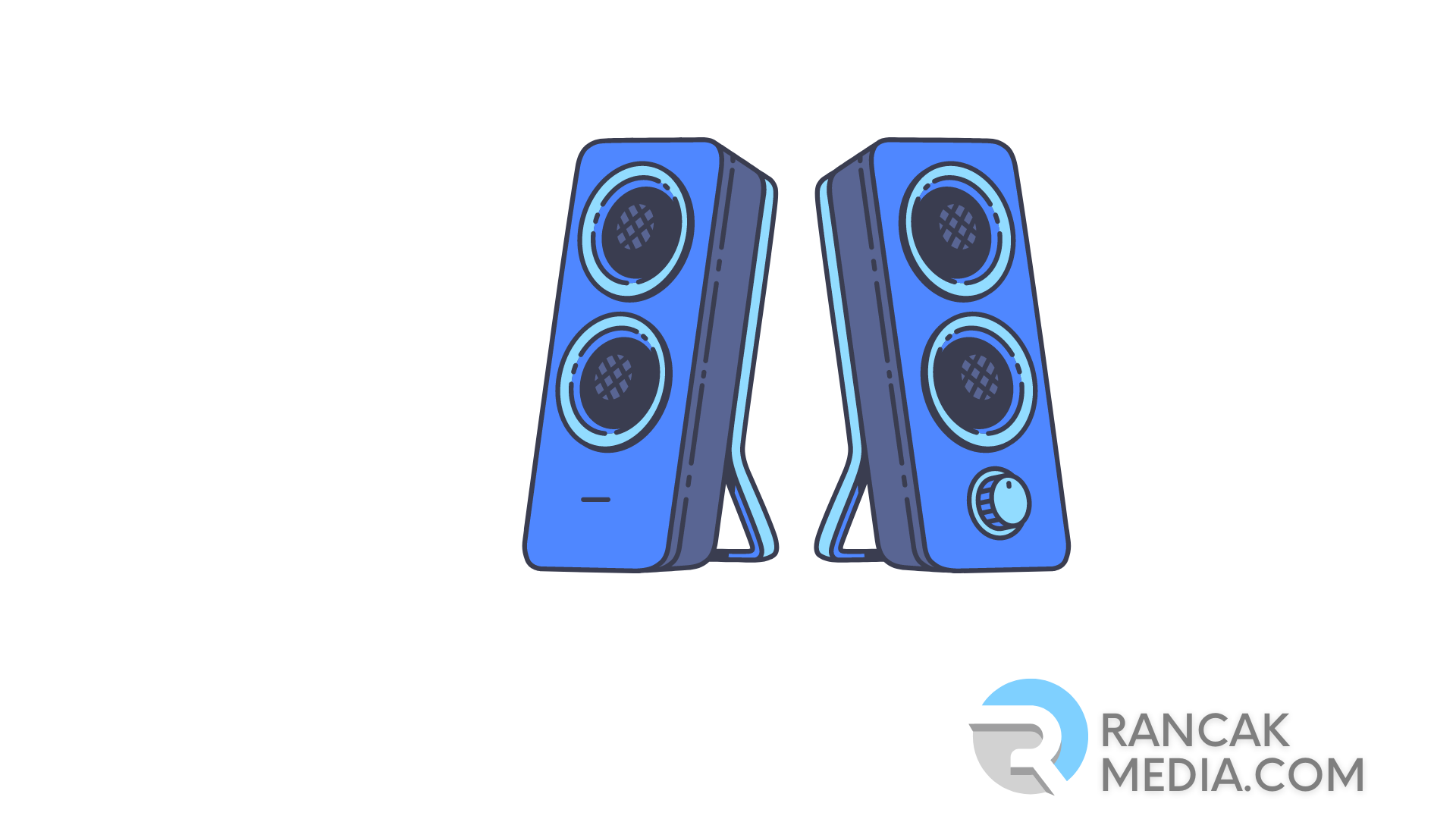 The following are questions and answers about the receiver, including:

What Is a Receiver in Communication?

The recipient of the message is the process (group of people) to whom the message is addressed, either through communication, reading or watching. Receivers are sometimes called "audience" or "decoder." Sender is the individual who sends the first message in the communication process.

What is the function of the receiver on the AC?

The receiver or dryer performs two tasks: It filters out contaminants and separates the refrigerant vapor from the water vapor.

Can a Mini Satellite Dish Be Without a Receiver?

You can only install it. You will also receive 15 meters of cable with your order, making installation even simpler.

The definition of a receiver is one of several devices that can receive signals, such as radio waves, and convert them into something useful.

When a radio transmitter transmits a signal, it does so by using the information from the antenna to pick up the vibrations and signals of the radio waves.

There are two kinds of receivers with various processing steps, namely straight receivers and superheterodyne receivers. In this post, we explore what is meant by the term "receiver" in the electronics and communications realm.