Rancakmedia.com – In the following, we will update information about the full specifications of the latest Xiaomi 12S Ultra HP that were revealed by Xiaomi at an event in China.

The Xiaomi 12S Ultra is the gadget to watch this time around. It is also a real successor of the previous Mi 11 Ultra smartphone.

The phone has a large camera module, with Xiaomi using the latest Sony IMX989 sensor, which measures one inch. Despite the somewhat smaller screen, the Xiaomi 12S Ultra outperforms the Mi 11 Ultra in almost all categories.

It has a peak brightness of 1,500nits, 100 percent DCI-P3 coverage, and HDR10+ support. will result in a smoother experience with regular use, improved image quality, and longer battery life.

A real DSLR camera lens is modeled like the camera module on the back of the device to give it an authentic feel. This design is also proof of Xiaomi's collaboration with Leica, the German camera company. However, the 12S series will remain limited to the Chinese market, according to the manufacturer. 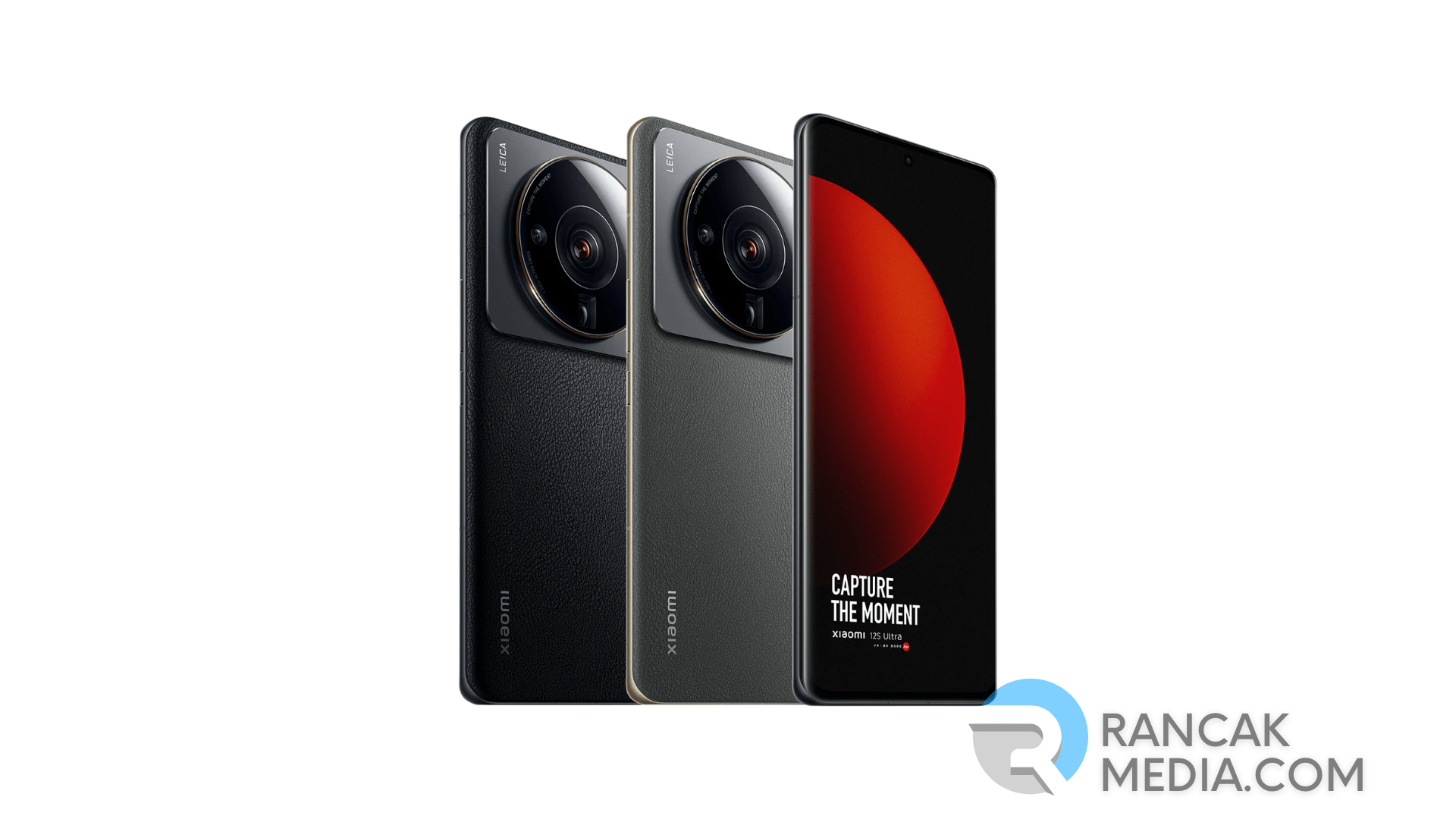 Android Central broke the news first, and the PR team at Xiaomi verified it for us. This was unexpected, considering that Xiaomi also streamed the event on its YouTube account worldwide.

The Xiaomi 12S Ultra includes a leather-like back, but it claims the material is more durable than real leather. Classic Black and Verdant Green are the two colors offered by the manufacturer. This phone has a 6.73-inch AMOLED screen that supports Dolby Vision, HDR10+ and HDR10 formats.

This is a 2K (3200 x 1400) display with 522 PPI. The highest refresh rate is 120 Hz, and since this is an LTPO 2.0 (Low-temperature polycrystalline oxide) display, the refresh rate can automatically adjust from 1Hz to 120Hz. Battery life should be improved as a result of this change.

It comes with a peak brightness of 1500 nits and comes with a 360 degree ambient light sensor as well. It's a 10-bit color display as well. Xiaomi 12S Ultra is powered by Snapdragon 8+ Gen 1, like all the other phones in this series.

Corning Gorilla Glass Victus is affixed to the top for further security. Dust and water resistance are both rated IP68 on this phone. It comes with twin immersive speakers, X-axis linear motor, IR remote control, Bluetooth 5.2, and music tuned by Harman/Kardon. 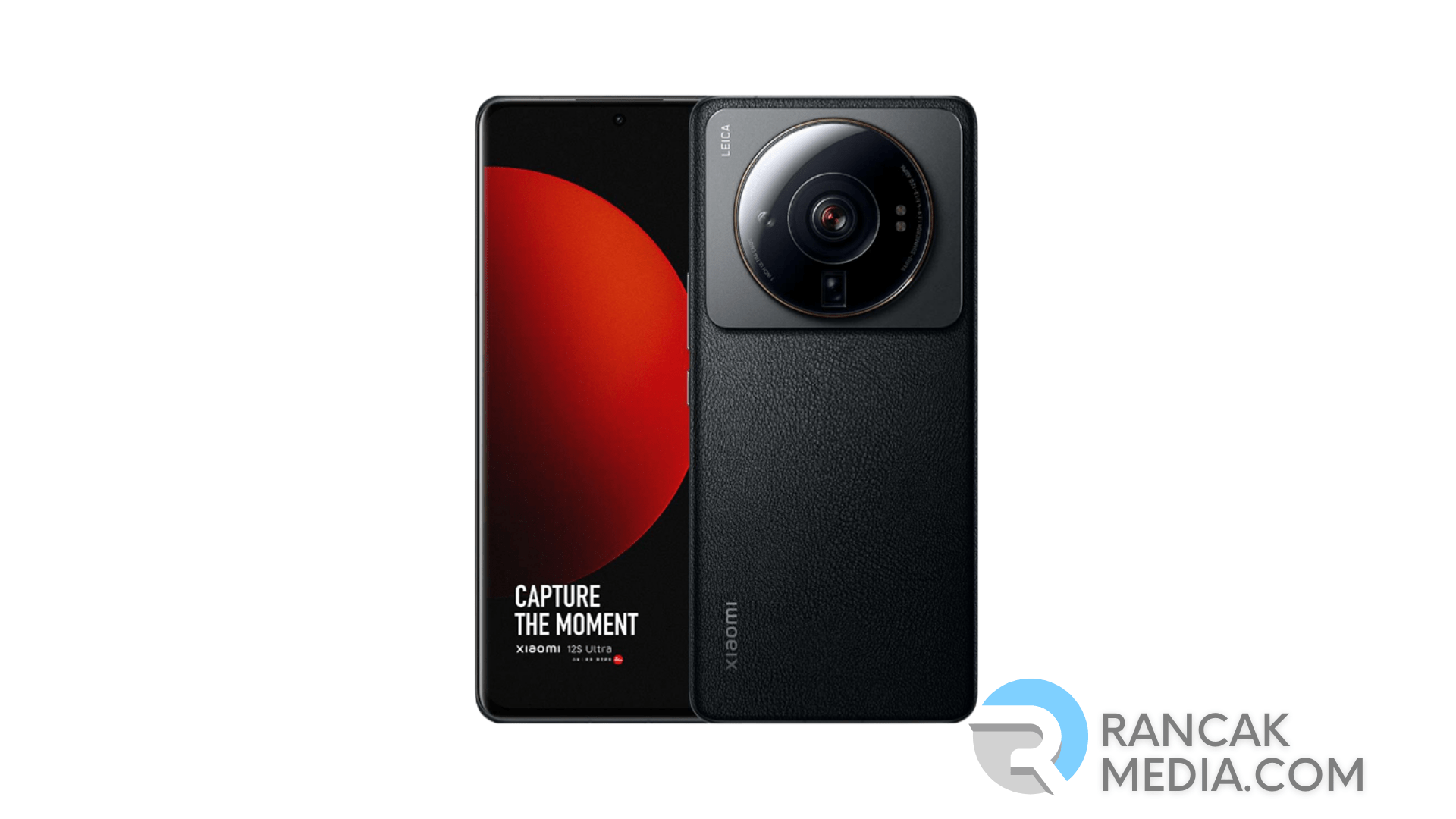 On the camera front, the Xiaomi 12S Ultra has a 50MP + 48MP + 48MP combo. The main camera is a one-inch 50MP Sony IMX 989 sensor and is equipped with optical image stabilization (OIS). Equipped with an 8P aspherical lens, which contains an IR light filter as well as an anti-glare lens coating.

Another 48MP camera is an ultra-wide camera with a 128-degree field of view and a 7MP lens. Night mode will be available on this camera. Another 48MP camera comes with a 120x telephoto zoom option. It also includes 5X optical zoom, OIS and night mode.

Apart from that, the Xiaomi 12S Ultra can also record 8K movies. The front camera is 32MP on the Xiaomi 12S Ultra. This camera also comes with two unique settings from Leica. Leica Authentic Look and Leica Vibrant Look are the names given to these looks.

In addition, Leica offers four exclusive filters. Xiaomi is the only company that has Al Image Solution and Profocus, as well as professional-grade recording, HyperOIS, and the ability to record in Dolby Vision HDR.

Along with display and speed improvements, the Xiaomi 12S Ultra features significant camera improvements. Xiaomi has designed the camera system for its latest flagship together with Leica and it consists of a 50.3MP Sony IMX989 main sensor, a 48MP ultra-wide camera and a 48MP periscope zoom telephoto camera. 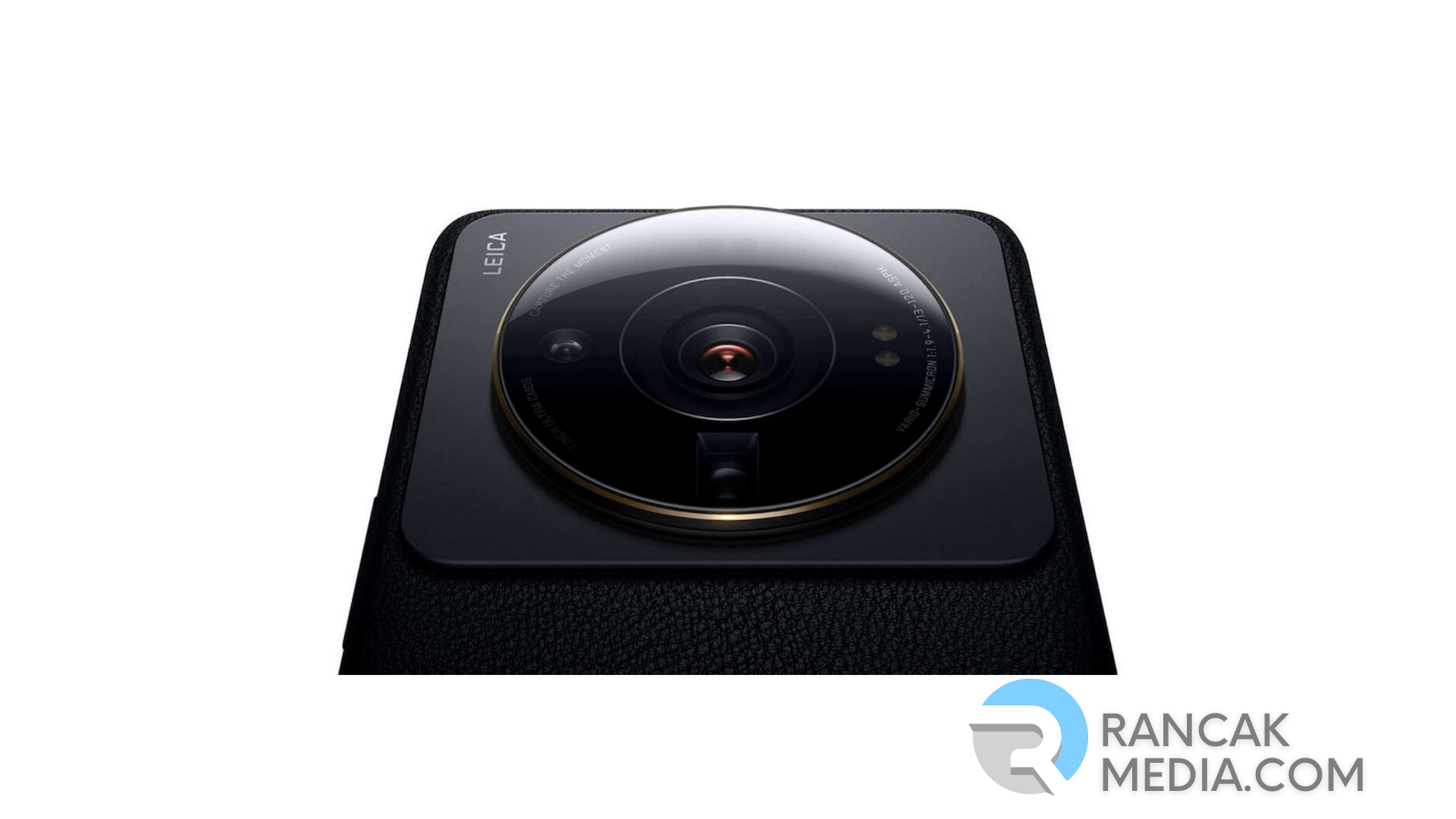 The selfie camera on the front of the phone is a 32MP shooter. The 12S Ultra has three rear cameras—a 50 megapixel main unit with a 1-inch Sony IMX989 sensor, a 48 megapixel ultra wide camera and a 48 megapixel telephoto camera with 5x optical zoom and 120x maximum magnification.

Even the Xiaomi Mi 11 Ultra's camera bump pales in comparison to those of these devices, all of which sport a Leica lens.

While we'll judge the actual results when we test the phone, all this hardware should protect your images from being too noisy in the dark, with a wider dynamic range and more light to collect. The Xiaomi 12S Ultra is also the first phone, according to Xiaomi, to record Dolby Vision HDR movies.

Price of the Xiaomi 12S Ultra 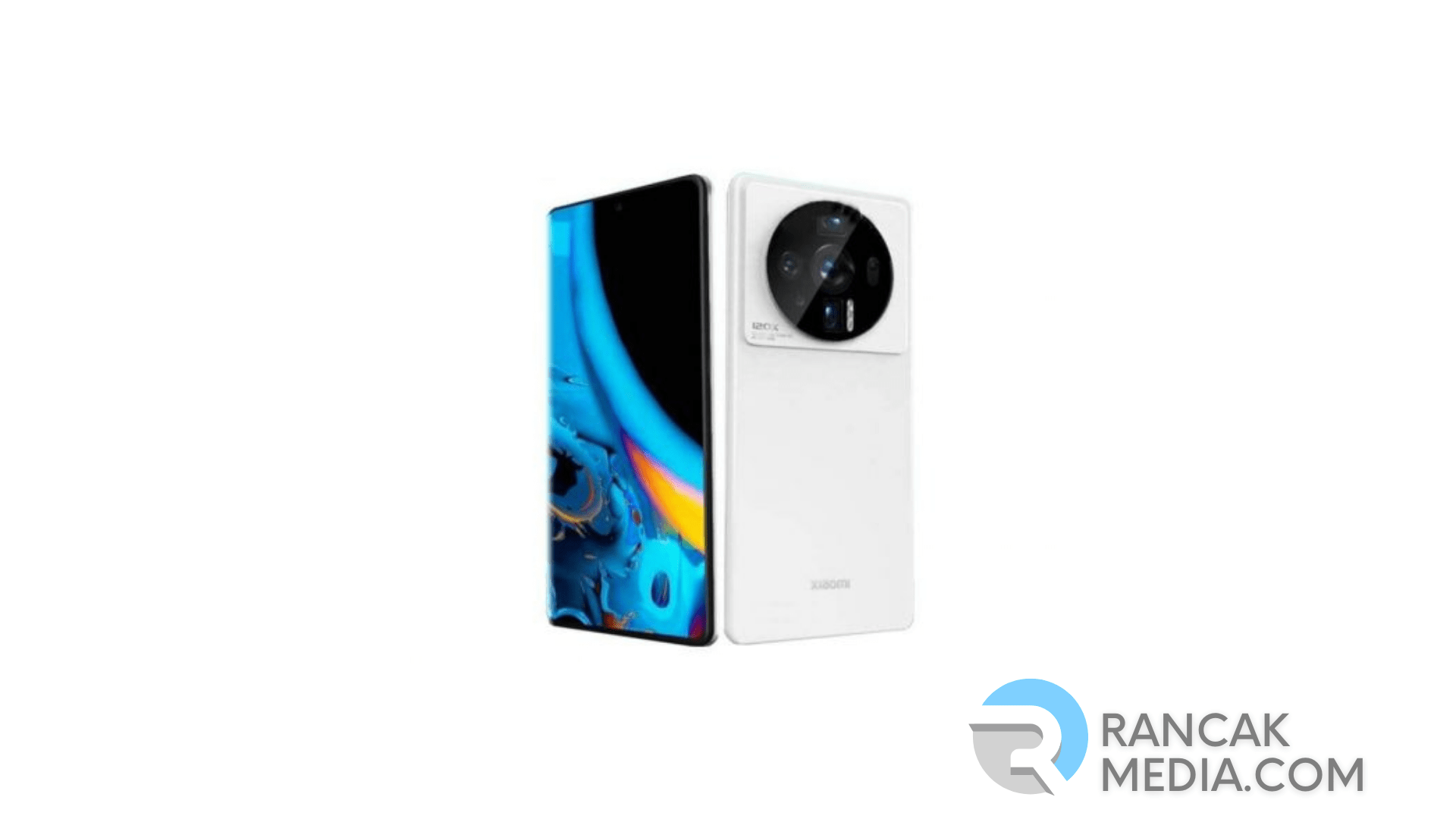 Xiaomi's latest flagship in India is the 12 Pro, announced with a starting price of Rs 62,999. However, for now, the 12S series will only be available in China, according to the manufacturer. If the Xiaomi 12S Ultra makes its way into the Indian market, be prepared to pay a fortune for it.

The 12S Pro is exactly the same on the front and also has a Snapdragon 8+ Gen 1 CPU, but features a slightly less capable triple rear camera with a smaller main sensor and only 2x optical zoom on the telephoto.

In addition, the battery capacity is reduced to 4,600 mAh, the overall weight is reduced to 204 grams, and a 128GB storage option is available. Both the Xiaomi 12S and Xiaomi 12S Pro have been released, the latter having a more conventional design.

The Xiaomi 12S Ultra will go on sale in China starting July 8, with pre-orders starting today. In the next few months, this gadget will also be available in other regions. We will be sure to let you know as soon as we have additional information.

Xiaomi announced the Xiaomi 12S at an event in China. This phone has a 6.73-inch AMOLED screen that supports Dolby Vision, HDR10+ and HDR10 formats. It will remain limited to the Chinese market, but could be offered in other regions.

It is powered by Snapdragon 815 processor and has a 4860 mAh battery. The camera system also includes a 50MP Sony IMX989 main sensor.