Rancakmedia.com – Many netizens are confused about what WhatsApp reaction is, the newest feature released by WhatsApp in early May 2022. WhatsApp is still the most popular messaging application in the world.

In order to maintain loyal users, WhatsApp regularly offers features that can spoil its users. One of them is the WhatsApp Reactions feature.

The new WhatsApp Reactions feature is in WA's parent company, Meta. Instagram and Facebook Messenger are the first to provide this feature. This new Reaction feature is being brought to WhatsApp for Android, iOS and desktop OS.

What are WhatsApp Reactions

WhatsApp Reaction is a new emoji-based feature in the WA application that allows you to respond to incoming messages. 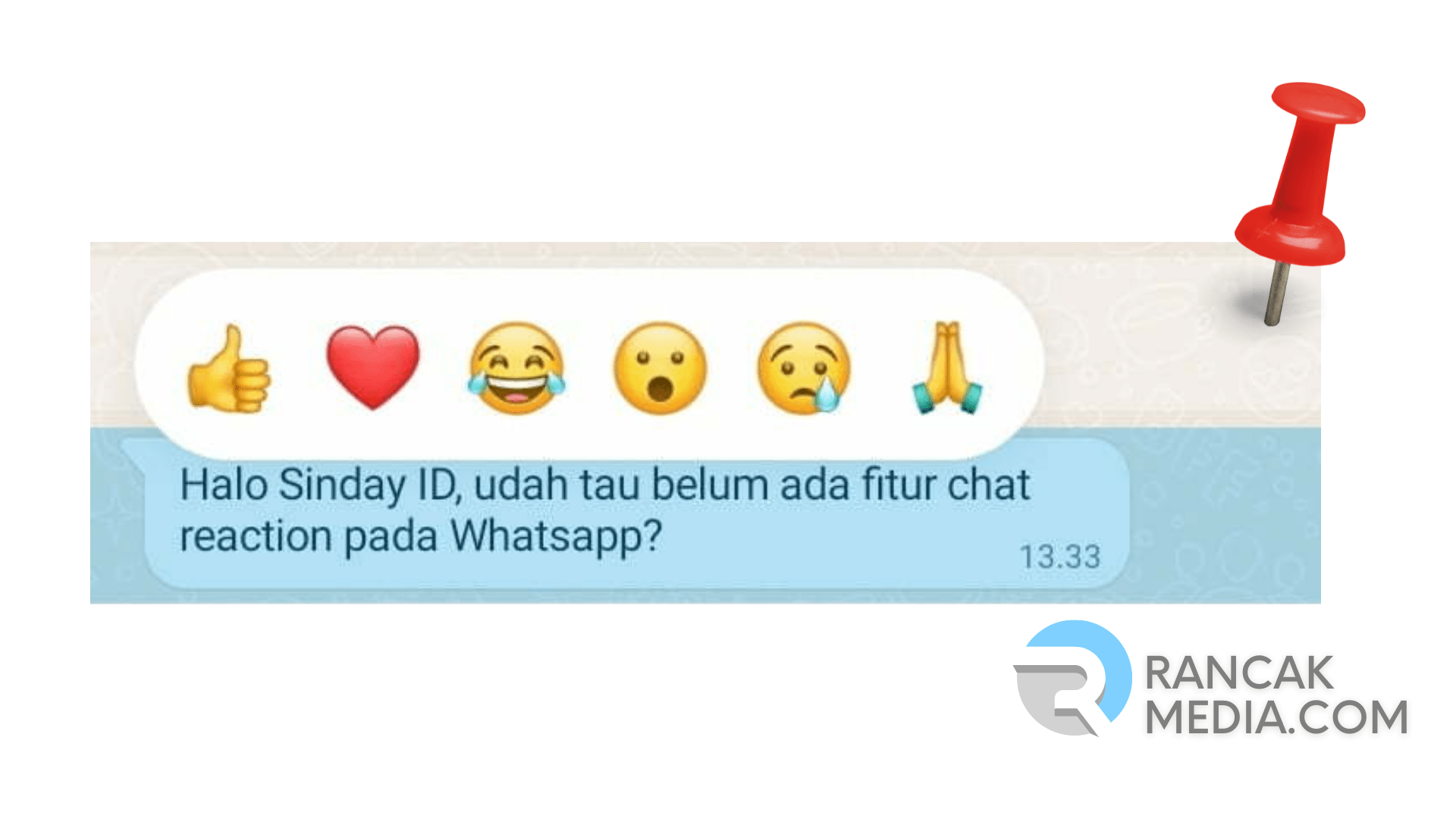 This feature is intended to make it easier for users to send messages when they cannot enter some words for whatever reason.

Meta CEO, Mark Zuckerberg, announced the debut of WA Reaction on his Facebook page. Users can reply to messages using at least six different emojis, which can be used in public and private conversations.

The six emoji include heart, thumb, sad, smile, surprised emoji to the two hands emoji as a symbol of thanks.

Mark intends to increase the number of emoji available to WA users in the future, so that they can express themselves more fully when sending messages.

Can be used in Indonesia

Users in Indonesia have started to be able to take advantage of the WhatsApp Reaction feature on WhatsApp version 2.22.11.9. This feature can only be accessed if your WA application has been updated.

Although it may be tested in Indonesia, the deployment of this feature is not yet widespread. This can be seen from certain users who have not been able to activate this feature on their cellphones even though the WhatsApp application has been updated.

How to use WhatsApp Reactions

Here are some ways to take advantage of the WhatsApp Reaction feature:

Reactions can be sent as many times as each individual user wants. The displayed emoji will change.

Also, users have the option to delete previous reactions. When another user responds to the conversation, the message owner will be notified. The notification is the same when receiving a new message.

Users can activate this WA reaction feature via the "options" notification section in the WhatsApp application. The “reaction notifications” option can be found in the messages and groups menu by scrolling down.

Activate it by pressing the button on the right side towards the right until it turns green. If you'd rather not get a reaction alert, you can swipe left.

WhatsApp Reaction is a new emoji-based feature in the WA application that allows you to respond to incoming messages.

Thus the article about What is WhatsApp Reaction, WA's Latest Feature. Hopefully the above article can be useful and helpful for all of you.