Rancakmedia.com – The following is an article containing information on prices and ordering tickets for Keshi in Jakarta, to find out the details, read this article to the end so you don't miss anything.

Casey Luong, who is best known by his stage name Keshi, has confirmed an appearance in Jakarta. Keshi, known for his vocal abilities, announced this year that he would be going on a concert tour.

Keshi's concert in Jakarta entitled "HELL/HEAVEN" was the first of a series of tours around Asia, Australia and New Zealand.

"I am very pleased to announce the Hell/Heaven Tour in Asia, Australia and New Zealand, especially in Jakarta, Indonesia," he said, as quoted from the official broadcast on the Keshi website in Jakarta, Wednesday (13/7/2022). ).

Given the epidemic, this tour has given me a new experience that I will always cherish. This is going to be a lot of fun, and I hope all my followers will join me. “

“And of course, the crew and I will also surprise, making each presentation in each country unique.”

In this case the singer of "Like I Need U" held a concert in Central Jakarta, DKI Jakarta, Senayan Basketball Hall Gelora Bung Karno, in this case.

The implementation itself will take place on November 28, 2022. This time, PK Entertainment and Third Eye Management (TEM) (TEM) are in charge of marketing the Keshi concert in Jakarta.

Keshi concert ticket prices in Jakarta were announced to the public through the promoter's Instagram account, @pkentertainment.id.

Later, interested viewers can buy it online through the website www.keshiinjakarta.com. The purchase schedule will only be available on 15 July 2022 at 10.00 WIB for the first time. All information on Keshi concert ticket prices in Jakarta is as follows.

Due to the COVID-19 epidemic, local social distancing during performances may be enforced. M&G will be subject to local regulations.

For your information, Keshi's Hell/Heaven' tour will debut in Auckland, New Zealand. Personal Instagram @keshi says that this tour will start on November 11, 2022.

After New Zealand, Keshi will continue his journey to Australia by performing in three cities at once. Sydney, Melbourne and Brismabe are some examples.

Then on November 26 2022, Keshi will launch his Asia tour concert in Bangkok, Thailand. After that, he will go to Jakarta and other Asian cities in various countries.

To name a few: the city-states of Singapore and Kuala Lumpur (both in Malaysia), as well as the countries of Korea, Japan, the Philippines, and Taiwan's capital, Seoul. Keshi fans can expect to see him like never before on this tour.

He is expected to perform his best songs, “beside you” and “like I need you”, as well as new material from his new album “Gabriel.”

On the new album, Keshi has become an independent artist, writing, producing, engineering, and playing all the instrumentation on his project.

How to Buy Keshi Concert Tickets in Jakarta

Concert fans must have heard that Keshi will be performing in Jakarta as part of the Keshi HELL/HEAVEN Tour 2022 Jakarta concert series. 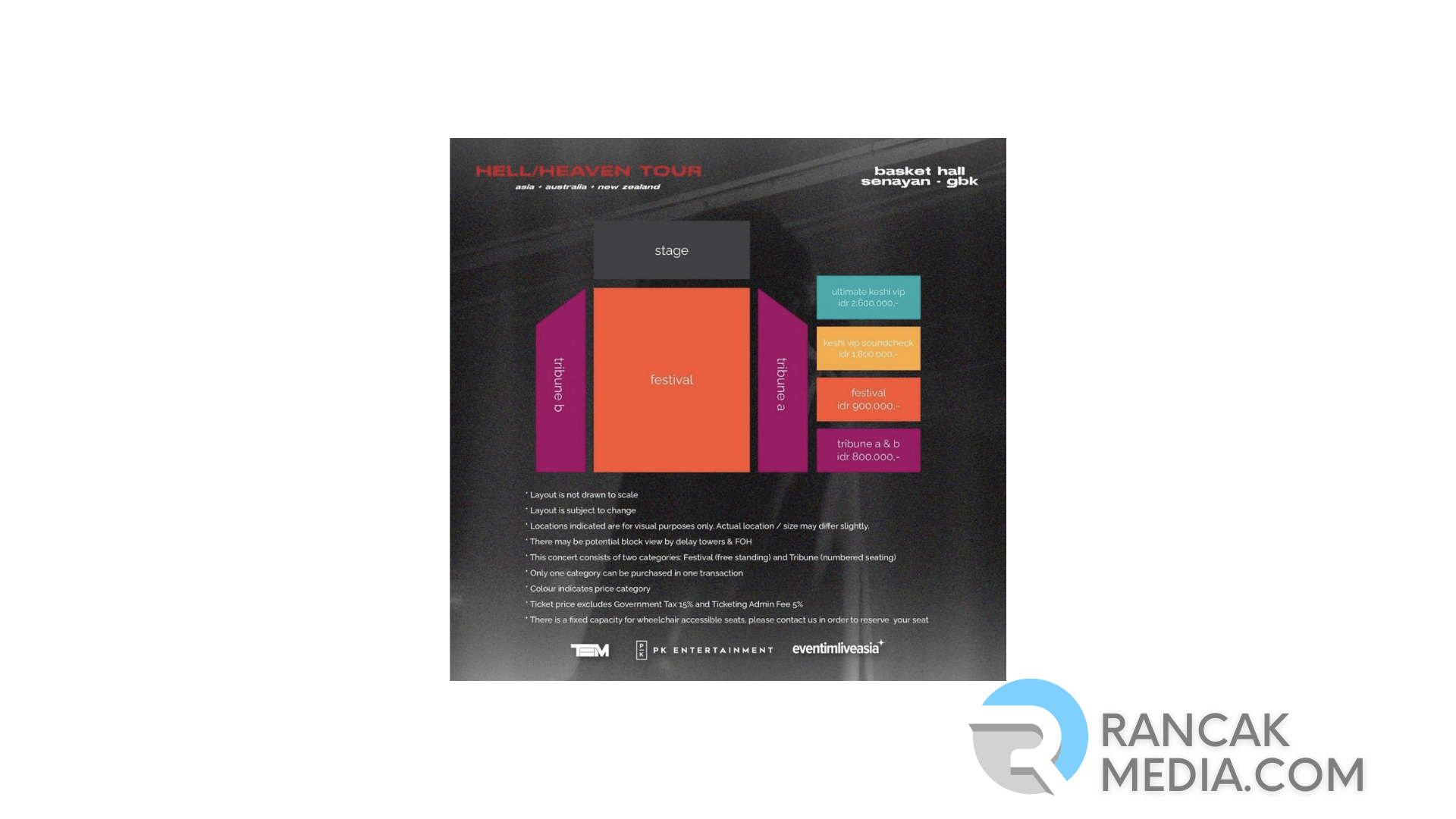 The Keshi HELL/HEAVEN Tour 2022 Jakarta concert is planned to be held on November 28 2022 at the Basket Hall Senayan, Gelora Bung Karno.

Limited seats will be available for the concert starting Friday, 15 July 2022 at 10:00 WIB only on the Keshi in Jakarta 2022 ticket website. No doubt many people can't wait to find out how to get tickets for the Keshi concert in Jakarta.

To prepare the details, here's how to get tickets for the Keshi concert in Jakarta which are on sale at 10.00 WIB.

Casey Luong, who is best known by his stage name Keshi, has confirmed an appearance in Jakarta. The "Like I Need U" singer held a concert in Central Jakarta, DKI Jakarta, Senayan Gelora Bung Karno Basketball Hall.

Keshi will be playing in Jakarta as part of the Keshi HELL/HEAVEN Tour 2022 Jakarta concert series. Kota Indonesia is scheduled to be held on 28 November 2022 at the Basket Hall Senayan, Gelora Bung Karno.