Rancakmedia.com – In the following article, we will recommend Baluran National Park as your weekend getaway destination. To find out the information, please read the article we have provided below.

Travelers from all over the world are familiar with Baluran National Park and have written extensively about it in their travel journals. It's impossible not to get carried away to the African savanna while you're here. Thus, this location gets the nickname "Africa van Java".

Tama in East Java, between Banyuwangi and Situbondo, was completed in 1980. Measuring 25,000 hectares, with savanna vegetation that occupies about 40% of land area, this location may sound familiar to you.

In addition, there are 155 species of birds, 26 species of mammals and 444 species of plants that usually produce breast milk. So, for those of you who want to visit, you should first study the information about this park, starting from attractions, locations, ticket prices, and much more.

AH Loedeboer, a Dutch explorer, discovered Baluran National Park in 1937. As a result, the park was declared a wildlife reserve by the Dutch colonial government, then as a national park by the Indonesian republic in 1980. This forested and grassland park is not far from Mount Ijen.

Baluran National Park has various types of trees, some of which are unique to this area, such as widoro bukol (Ziziphus rotundifolia), neem (Azadirachta indica), and pilang (Acacia leucophloea). It is an advantage for this plant to be able to survive in a dry environment. 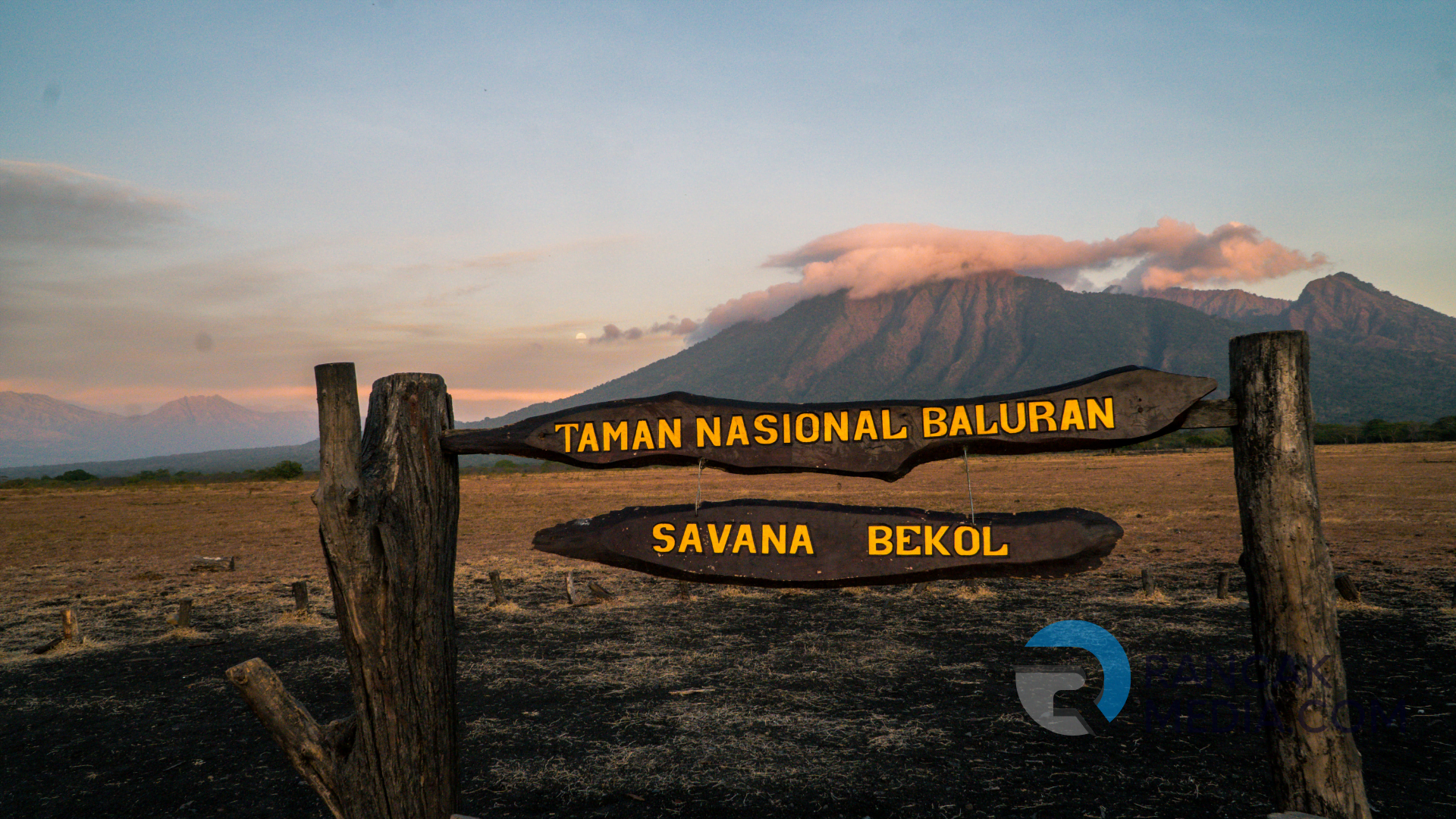 Not only being a place for various types of trees, this National Park is also a habitat for various types of mammals, such as bison (Bos javanicus), buffalo (Bubalus bubalis), ajag (Cuon alpinus javanicus), deer (Muntiacus muntjak), deer (Muntiacus muntjak), Cervus timorensis), leopard (Panthera pardus), mouse deer (Tragulus javanicus), and fishing cat (Prionailurus viverrinus). This endemic bull that can only be found in Baluran is the mascot of this park.

Below are some of the attractions of Baluran National Park that you need to know, as follows:

There's so much really eye-catching stuff here. One of them is the Evergreen Forest area which is very beautiful, cool and attractive. There is a road surrounded by trees on the right and left. Even its thick stalks cover the ceiling of the street to the point that it almost resembles a tunnel.

Visitors must be careful when driving because there are many wild animals, such as squirrels, partridges, monkeys, deer, peacocks, and bison. It is recommended not to disturb the wild animal so as not to get annoyed.

The 12 meter long Japanese Cave, a historical relic of this location, can be found right at the entrance to the National Park. you're not just going on vacation; You will also learn more about the history of the area.

Rock climbing here is an absolute must for thrill seekers. The height of this cliff is between 10-30 meters with a slope of around 85 percent, so this exercise will be more strenuous.

Savanna covers a large area and is home to a wide variety of animals and plants. During the dry season, the grass here will turn golden yellow. However, in the rainy season, the color will return to a very charming fresh green. 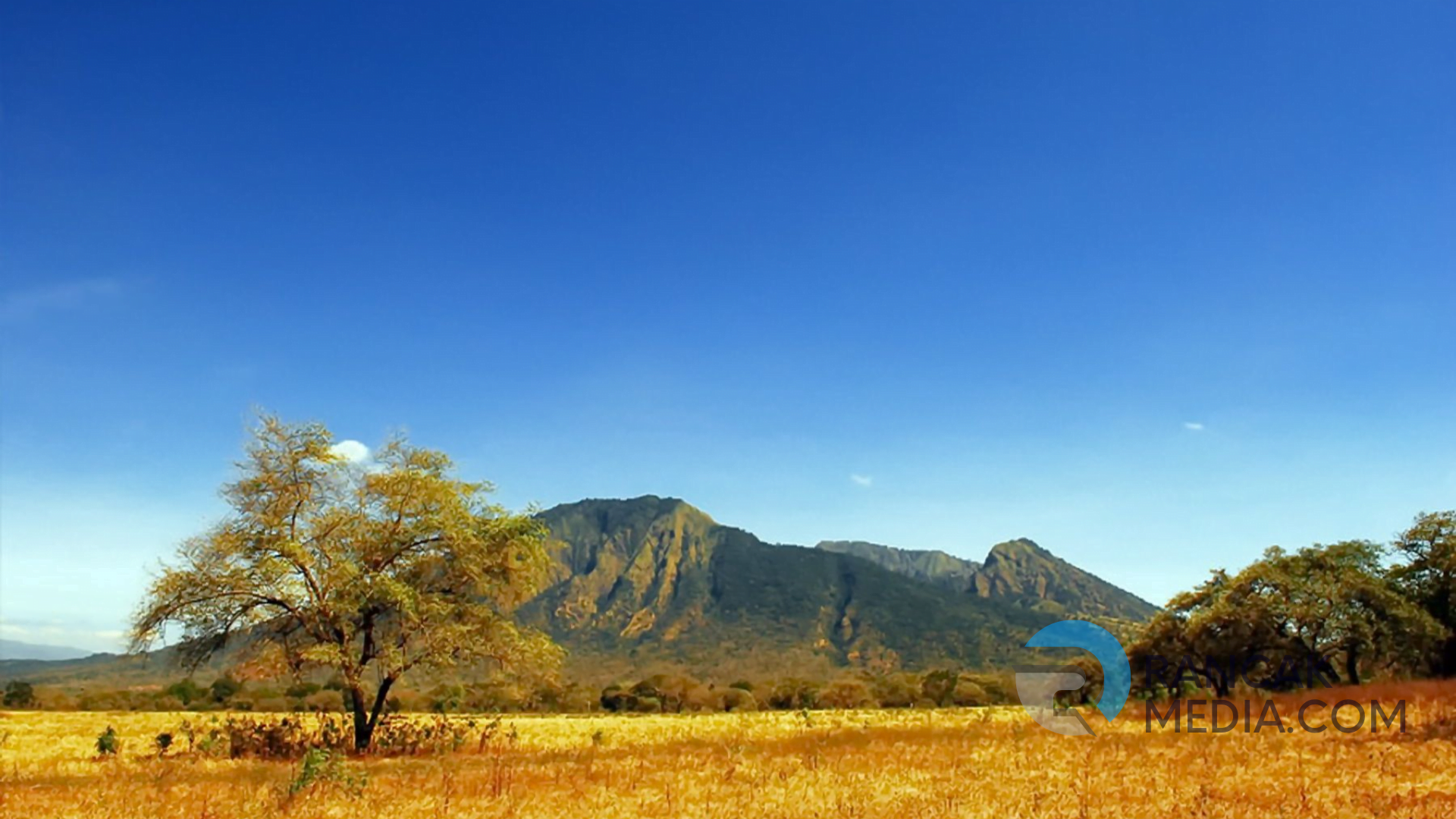 Peacocks, partridges, deer and bulls are among the many animals visitors may see. If you want to feed the wild monkeys here, it must be under management supervision for safety.

Apart from being able to observe the vast grasslands from the Bekol savanna which is approximately 3 kilometers away, there are beautiful beaches which are perfect for playing. If snorkeling is something you like, you can rent the equipment provided by the management.

From July to August, there are different scenes, especially the fighting between the stags. Apart from that, there is also a group of gray monkeys roaming around the location.

Baluran National Park Entrance Ticket Prices When planning a trip to this popular tourist spot, there are several costs to think about, such as:

These prices are current information so they are subject to change at any time without prior notification.

Vacation time will be greatly spoiled by the supporting facilities here, including: 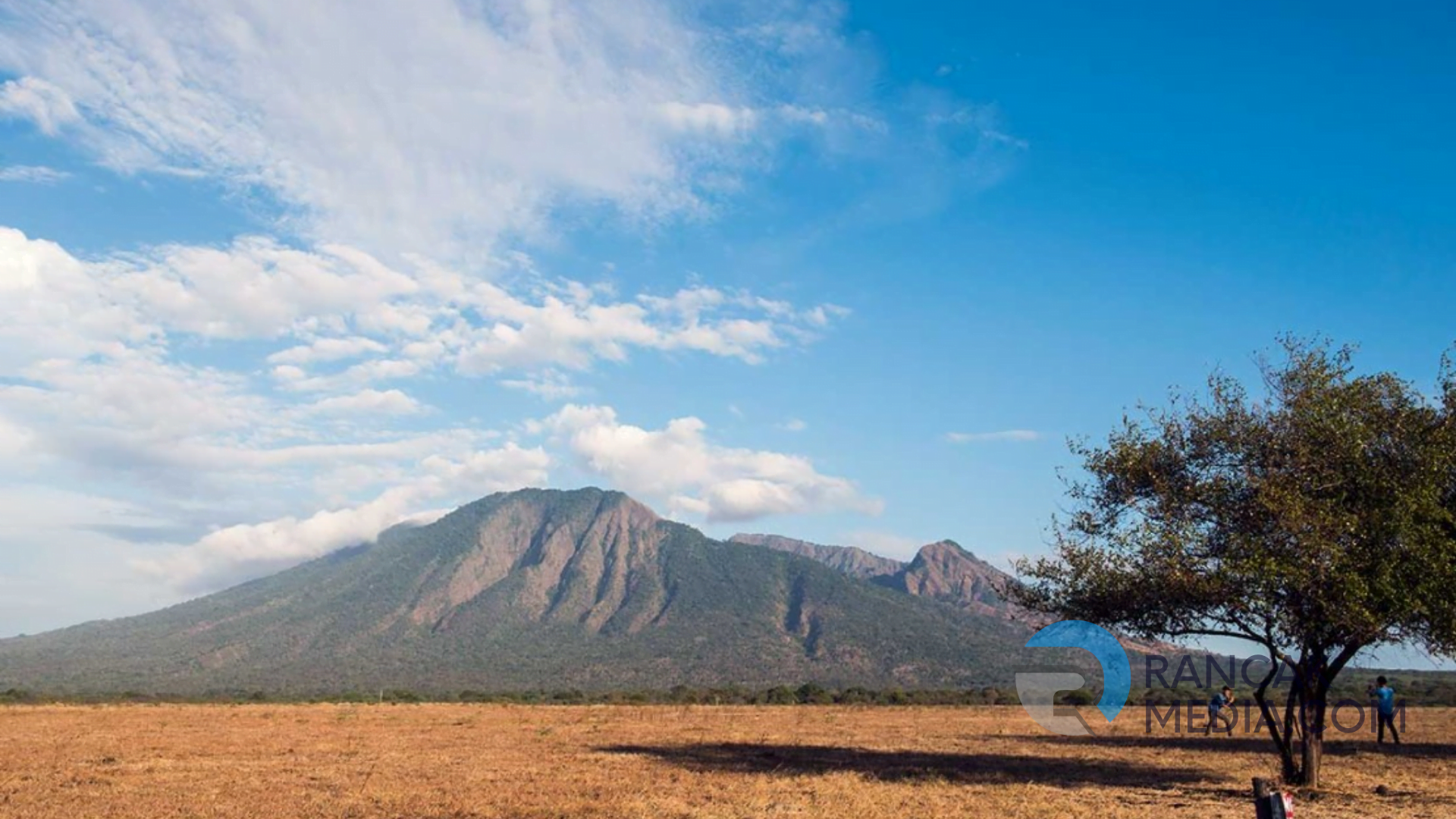 Administratively, the Baluran National Park area is in Situbondo Regency and Banyuwangi Regency, East Java Province. Approximately 25,000 hectares of Java land and sea make up the park's distinctive African ecology, making it one of the largest national parks in the world (15 percent).

This national park has a coastline of 42 kilometers with headlands and bays that do not line up in a straight line.

How to get to Baluran National Park Location

Situbondo and Banyuwangi regencies meet in Baluran, a town in the middle. From Surabaya, it takes about six hours to get to Baluran National Park. From the city of Surabaya, Pesona and friends crossed Jalan Pantai Timur via the cities of Pasuruan, Probolinggo and Situbondo.

After Banyuputih, you Pesona will probably turn south. To access Baluran Park, go to the Visitor Center at the end of Wongsorejo Village and turn left. Or, you can also go from Situbondo to Bangandengan which is about 60 km away. Due to its location within the city of Banyuwangi, Baluran National Park can also be reached by boat from Bali.

You can travel through Baluran National Park to get to Bekol. The road space is quite small, but can handle two cars going in opposite directions. Even though the road is paved, SUV cars are the best choice to cross this road. Sabana Bekol-Bama is a 15-kilometer drive from the entrance. 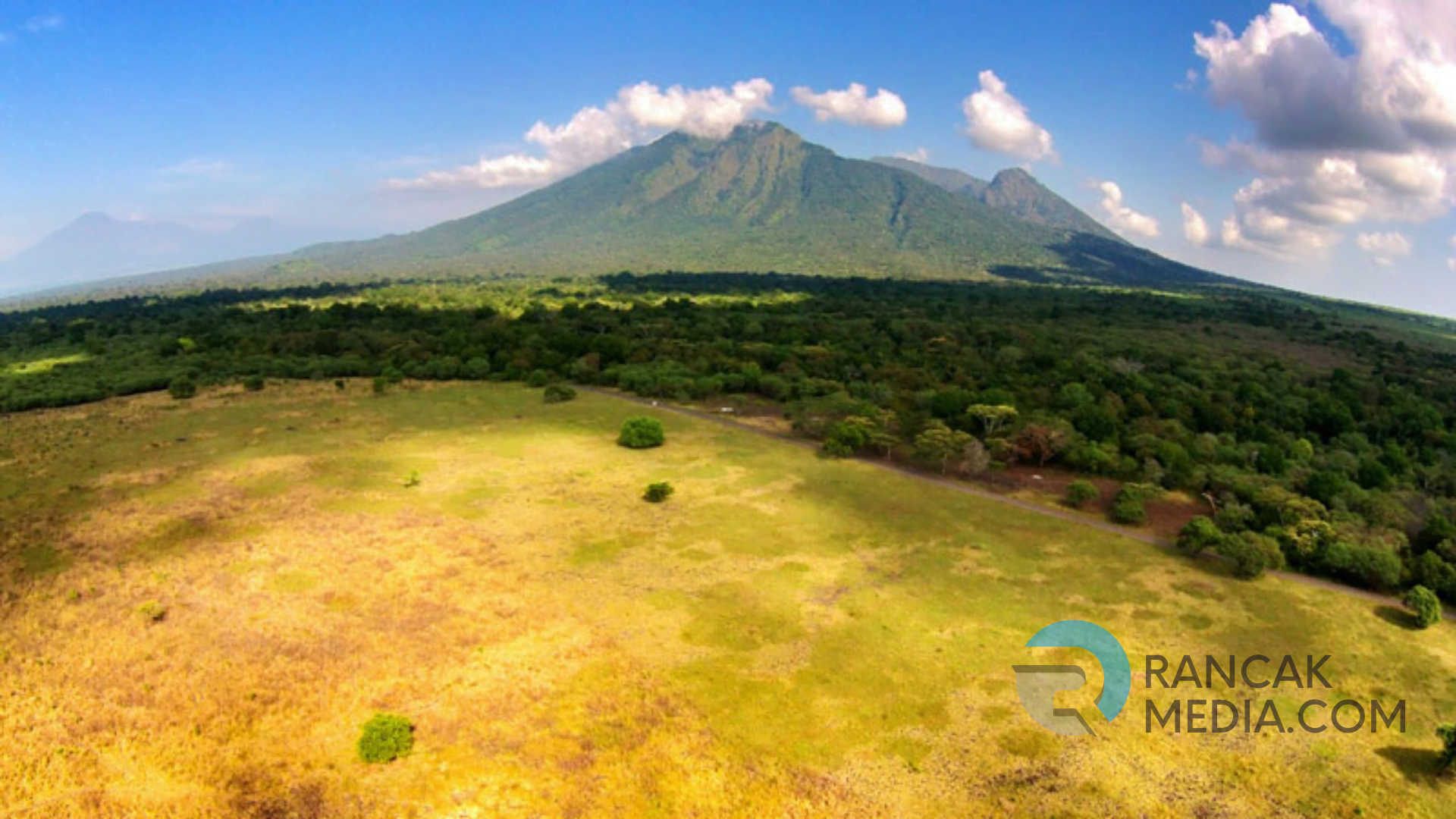 The largest savanna in Java, Baluran National Park, is home to a variety of species and plants. Visiting this location gives you a feeling as if you are in Africa. Thus, the nickname "Africa Indonesia" has been attached to this national park.

Many animals can be seen in this area, such as deer and peacocks frolicking in the pools of water, buffalo and elephants roaming freely, and monkeys swinging from tree branches like trapeze artists. The landscape looks like you would find in Africa.

Apart from the herd of animals that are free to travel in the wild, you will also be treated to views of 444 different local plant species such as widoro bukol (Ziziphus rotundifolia) and neem (Azadirachta indica) (Azadirachta indica). These three plants are plant species that are able to adapt to a very dry environment. These three species are still green while the other plants have dried up.

Besides 444 species of plants, there are 26 species of animals and 155 species of birds. Bison, deer, leopards, mouse deer, and fishing cats are among the park's resident mammals.

Baluran National Park was discovered by AH Loedeboer, a Dutch explorer, in 1937. The park measures 25,000 hectares, with savanna vegetation that forms about 40% of land. It was declared a national park by the republic of Indonesia in 1980.