Rancakmedia.com – What are the functions of taxes? In our following article, we will discuss the function of taxes in the economy, complemented by the meaning and role of taxes, for more details, please read this article to the end, enjoy reading.

List of contents: Show
1 Understanding What Is Tax
2 The Role of Taxes in Economic Development
2.1 As a Budget (Budgeter)
2.2 As Regulators
2.3 Stabilize the Economic Conditions of a Country
2.4 As Income Redistribution
3 What Are the Tax Functions According to Soemitro
3.1 Function Budget or Budgeter
3.2 Regulating or Regulatory Functions
3.2.1 Allocation Function
3.2.2 Distribution Function
3.2.3 Stabilization Function
4 FAQs
4.1 How Can Taxes Affect Economic Growth?
4.2 How Do Taxes Affect National Income?
4.3 How Does Tax Impact Welfare?
5 Conclusion
5.1 Related Recommendations:

Understanding What Is Tax

Tax is a payment, or it can also be referred to as a fee, by an individual (individual or private sector) or a group of companies, which is paid to the government which can be calculated as an obligation and can be carried out by force. 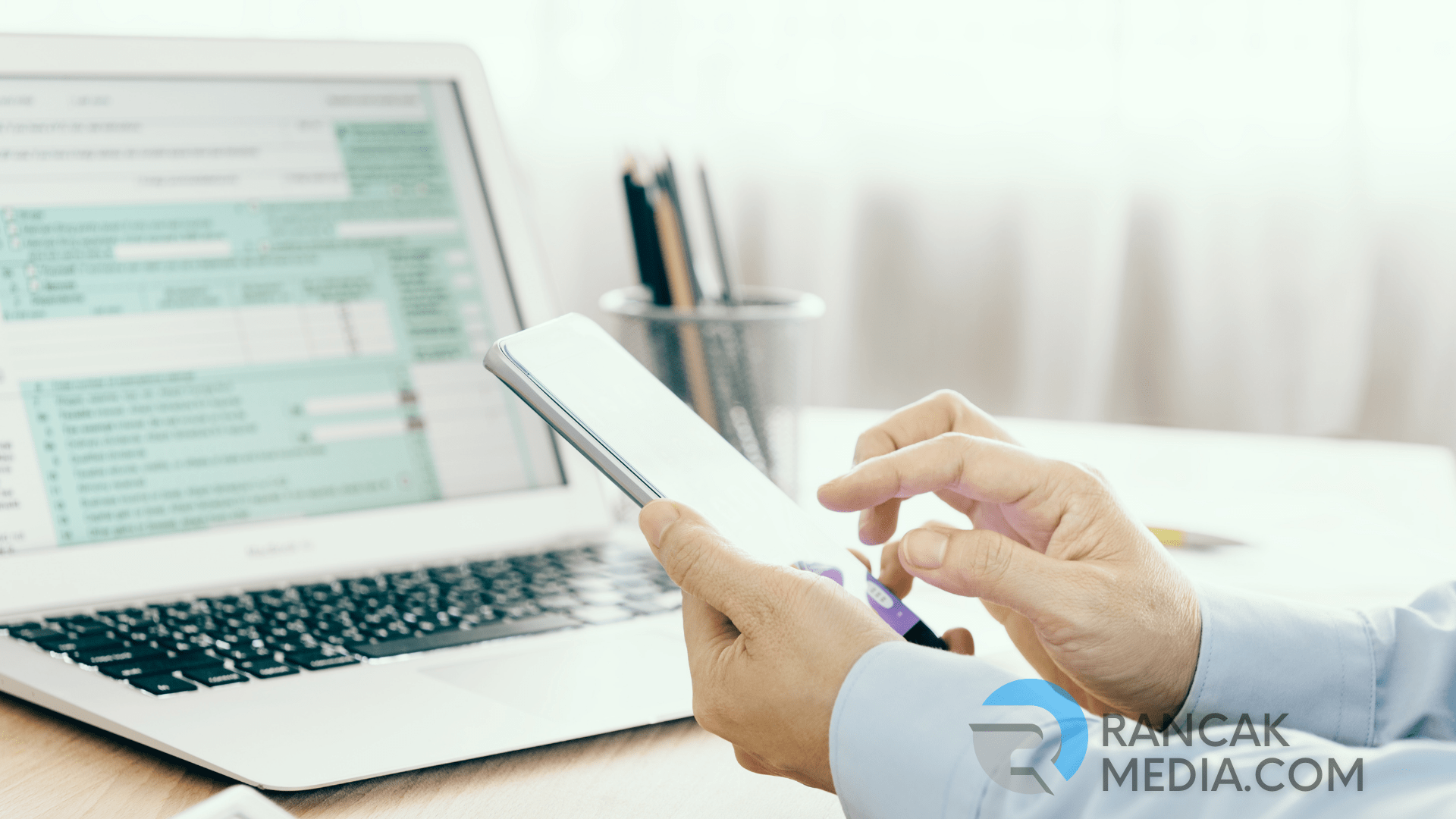 Taxes are regulated by law for certain people whose categories are included in statutory regulations which are also referred to as taxpayers.

In Indonesia alone, the level of public compliance when paying taxes ranges from 12 to 13 percent. This figure shows that Indonesian people's tax compliance is at a low level, even the lowest ranking in Southeast Asia.

Taxes are used by the state to fund development and fund government spending. The goal is to improve the welfare of the people in this country.

So, that is the broad definition of tax that we can convey in the article above. So apart from that, we also discuss the characteristics that exist in taxes that were said by R Santoso Brotodihardjo, SH, a tax law expert, with the following explanation:

So, those are the characteristics of the definition of tax according to tax law experts. The following taxes also have a role in economic development, consider the following:

The Role of Taxes in Economic Development

After knowing what tax is that has been discussed in general or according to tax experts, you must know what is the position of individual and group tax collections. 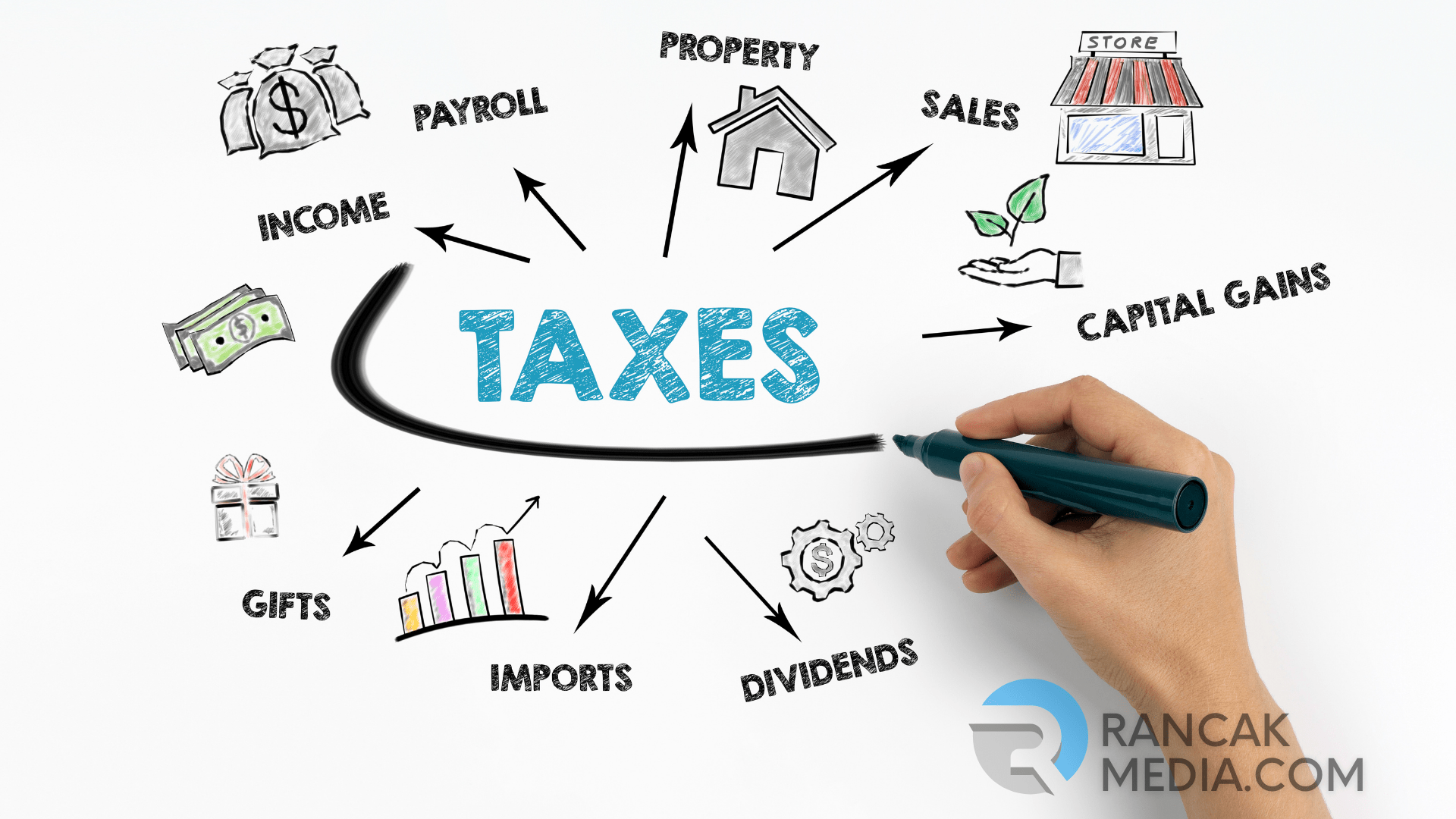 According to experts that is Edwin Robert Anderson Seligman (1861-1939) an American economist, found in his writings in Essays in Taxation. Many people do not understand the duties of taxes and even think that there are many people who think that taxes are useless.

Are the assumptions that exist in that society true? said Brotodiharjo, the money generated from taxes collected by the government would of course be used for the people themselves.

So if individuals pay their taxes, they will indirectly get the tax benefits. One example of the benefits of taxes is development which always develops in a country until its economic condition stabilizes.

This usefulness may not be realized by the community which causes many people to think that taxes have no benefits.

In addition to the benefits above, of course taxes have a role in economic development, here is the role of taxes that you must know, see below:

As a Budget (Budgeter)

Tax collection, which is a source of revenue for government finances, is then used by the government to fund state spending and development.

State financial receipts from regional taxes are then included in the state revenue and state expenditure budget in the domestic revenue component.

Revenue benefits or can also be referred to as a budget maker, which is the main function of tax collection. However, the revenue function can also be used as an instrument to maximally bring state funds to the state treasury based on the tax laws and regulations that apply there.

The second role of taxes is regulation. Which means, taxes are used as a tool to regulate and implement policies set by the government in certain fields, in the economic and social fields.

This role is also referred to as an additional function and also as a complementary function of the previous recipient's role. This second role can be used by the government to serve as a tool to achieve the goals to be achieved through policies set and enforced by the government.

For example, taxes on luxury goods and liquor are usually higher than taxes on items that are commonly found and don't sell for a high price.

Stabilize the Economic Conditions of a Country

Taxes can also act as a stability factor, meaning that taxes can help stabilize a country's economic conditions. In this third tax role, taxes have a function that can also be used as state financial stability. 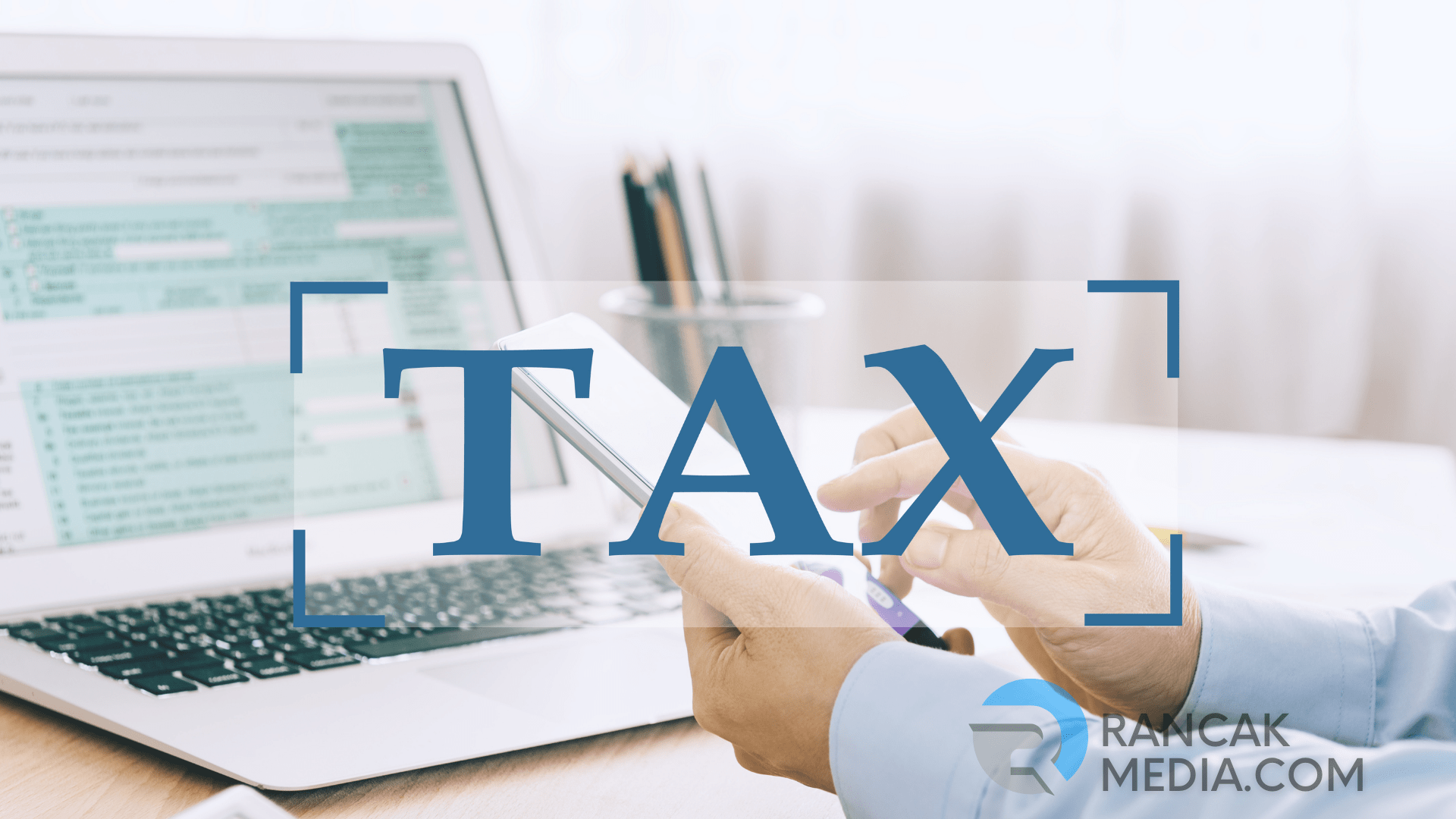 This capacity can be achieved by distributing the available money in the community through the collection and use of taxes that are used to make them more useful and beneficial.

This type of tax role is to base a stable price policy, the aim is to restrain the decline that occurs in a country.

The last tax task which is the redistribution of income, meaning that taxes have the capacity to become state revenue beyond taxes that have been used to finance the expenditure and development of the country.

So it can open up job opportunities to increase the income of people who live in the country.

Previously it has been explained that taxes are the largest source of income obtained by the government or the state. So this tax is issued for capital to open new job vacancies. So there are a few unemployed people living in the country.

Therefore, the expenses used to create jobs and fund employee salaries rotate continuously from the community back to the community again.

So, those are the four discussions regarding the mandatory levies that we have provided above, apart from the role of dues, they also have important uses for the development of a country's economy.

Furthermore, taxes also have benefits in economic classification, according to Wilhelm Spiegelberg (June 25, 1870 - December 23, 1930) a German Egyptologist explained that the function of taxes is as follows:

Apart from the three benefits that Spiegelberg has mentioned above, now you also need to know the main functions below:

What Are the Tax Functions According to Soemitro

Based on Rochmat Soemitro's in the brief introductory book on tax law, there are two main functions of mandatory contributions in the country's economic development, consider the following: 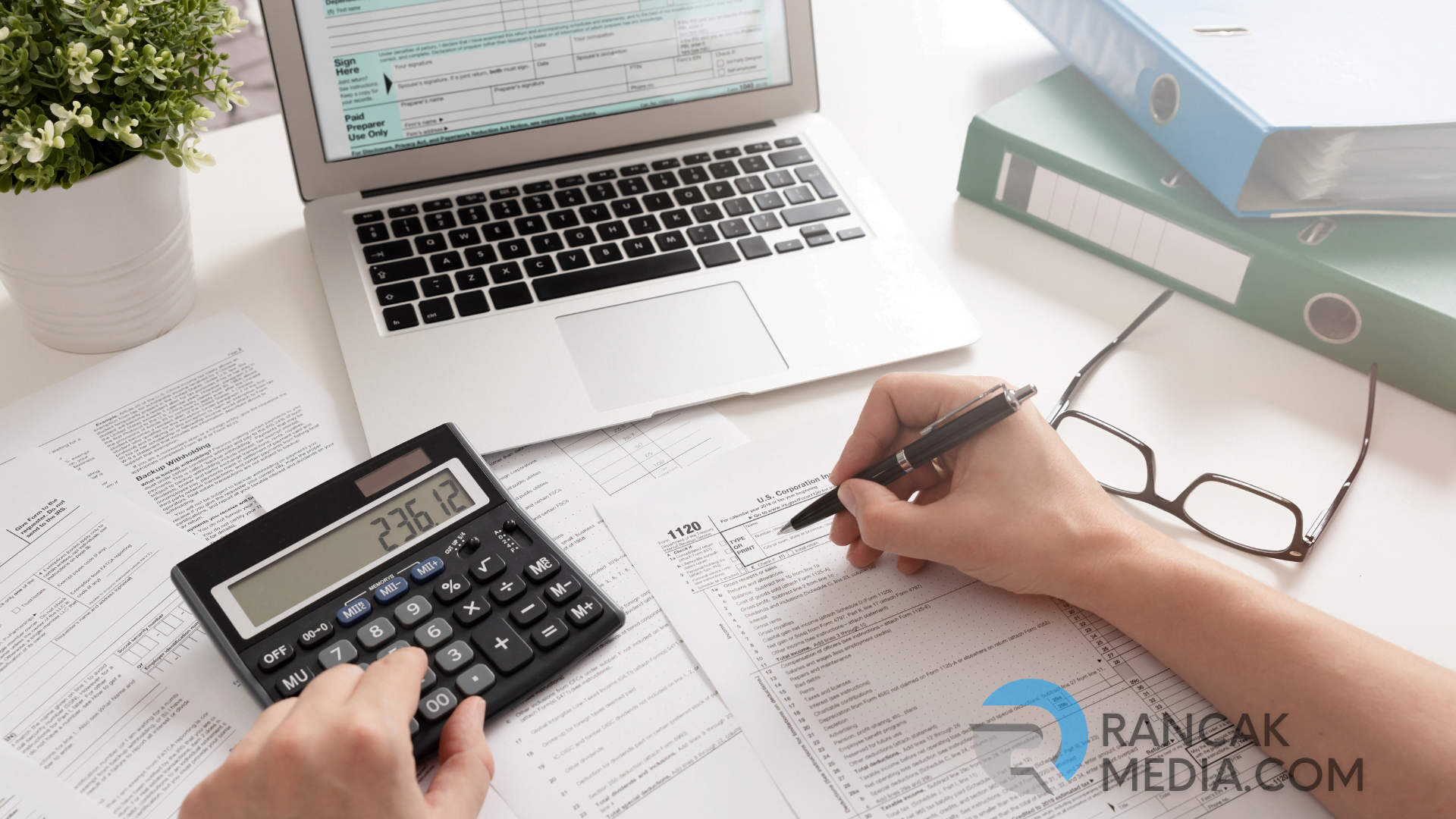 The first benefit is from compulsory contributions to be able to carry out the state's routine obligations to carry out development. In order to achieve this goal, the state needs funding.

One of the sources of financing that can be obtained by the government to achieve this development goal is through mandatory contributions.

Tax benefits for budgeters are mandatory contributions that are used as a tool or source of income and then put into the country's treasury and used continuously in order to fund the country's expenditures.

The government can use financing from contributions as government investment if there are more funds than the state's continuous expenditure. However, the remainder is not enough to fund the country's development, then the country can borrow from foreign parties as a way to finance financing.

In the first function there is a function of democracy then what is the function?

The benefit of democracy is the implementation of a family system or people's mutual cooperation that awakens the country's loyalty.

The public in this benefit will voluntarily provide some income to fund state expenditures for the public interest. Their income is in the form of money.

The main function of the tax in the second economic development is as a regulator or has a regulatory function.

This means that taxes are used as a tool to achieve certain goals. Taxes play an important role in this function, namely encouraging the allocation of funds from personal savings to personal investment.

For example, the government can provide tax breaks to encourage investors to divert their saved funds into investments, otherwise known as investments.

This allocation function is the function of allocating sources of funds that are used or have been used to meet the needs of the state community.

For example, taxes can be used to increase the number of police officers, which is sometimes insufficient given the country's growing population.

This allocation function is used by the government when the market does not produce any goods or services, requiring the government to intervene, for example by providing public goods, such as building bridges, ports, and other construction and expenditures for the public interest.

In this allocation function, tax collection is the most effective source of funding to finance the procurement of public goods.

In addition, tax-financed procurement of public goods has advantages such as printing money, borrowing abroad, borrowing domestically, and being able to sell the country's foreign exchange reserves.

The second tax function is the function of distribution, meaning that this tax can balance the distribution of people's income and people's welfare. Because sometimes imperfections in the market can cause the gap between groups to widen and social jealousy arises.

To prevent this, the state then regulates by law that the rich must set aside a portion of their income by requiring that group to pay taxes according to their ability.

The third and final function of the fiscal function is the stabilization function. This means that this tax collection can be used by the relevant government to stabilize the country's economic situation. An example is levying high taxes to fight inflation.

In addition, the government can also overcome deflation by reducing mandatory levies. By providing taxes, the amount of money circulating in society can be increased so that deflation can be overcome. You can learn more about the role and function of taxes through books on taxes.

The following are some questions and answers regarding the function of taxes in the economy as follows:

How Can Taxes Affect Economic Growth?

Tax collection can affect economic growth positively or negatively, because taxes are generally collected on income, on various types of transactions that actually occur in people's lives, and also on people's assets. 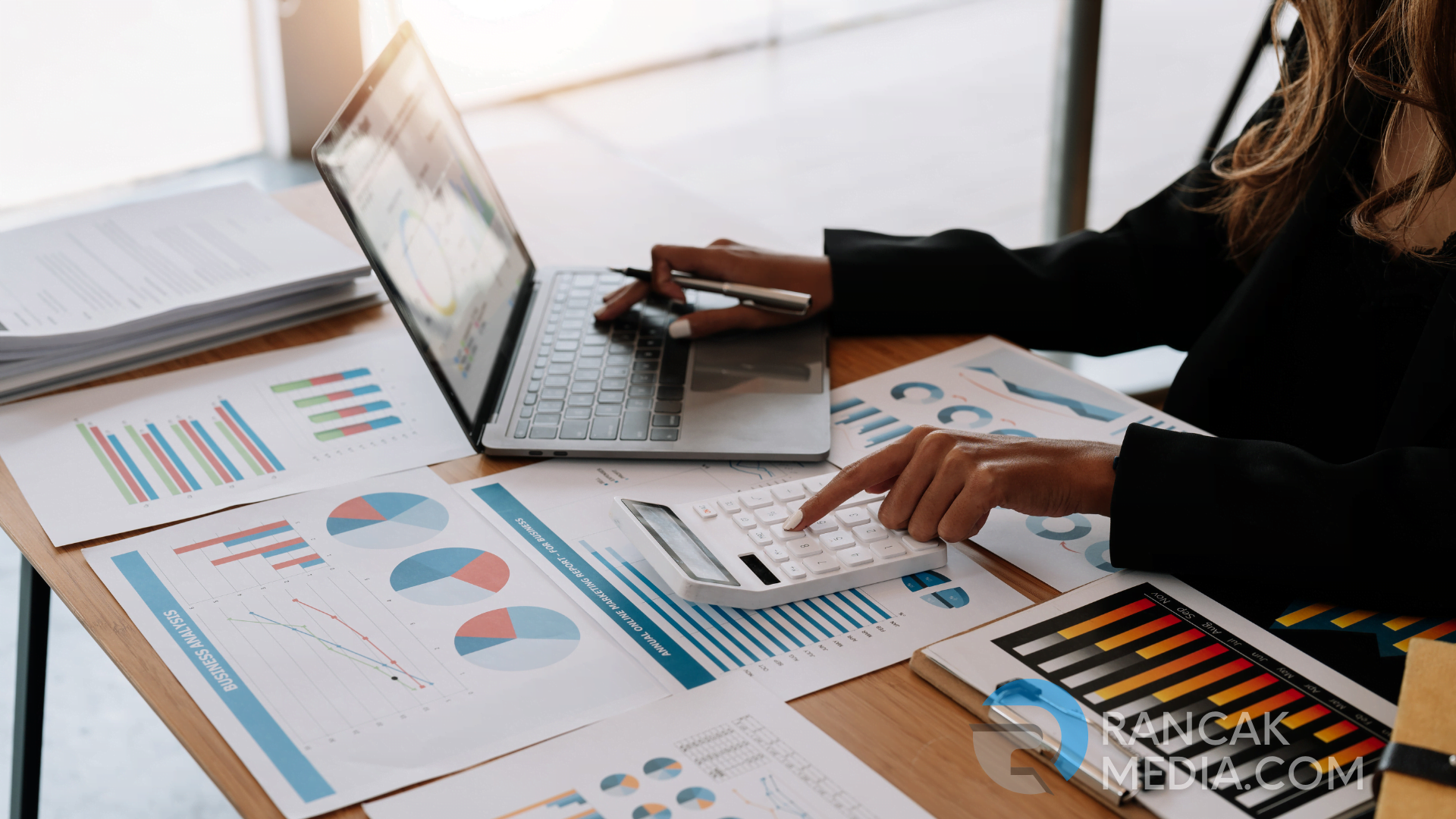 How Do Taxes Affect National Income?

How Does Tax Impact Welfare?

Taxes paid by the public are used by the government for people's welfare, including: subsidizing goods needed by the community and paying government debts. In addition, taxes are also used to support micro, small and medium enterprises so that the economy can continue to grow.

Taxes are payments, or can also be referred to as contributions, by individuals (individuals or private companies) or groups of companies. Taxes are collected by the government from its people based on statutory regulations which are regulated and determined by law.

Tax collection which is a source of revenue for government finances is then used by the government to fund state spending and development. Thus the article that we can convey, hopefully this information can be useful.