Rancakmedia.com – Do you know about cooperatives? If you don't know, see the following article about the economic history of cooperatives in Indonesia. Let's look at the detailed information below carefully.

Cooperatives are one of the business structures that play an important role in the Indonesian economy. Why not? Co-ops help their members be happy and healthy, and they also do a lot for the communities in which they live.

Moreover, the development of cooperatives today takes advantage of existing technological sophistication. Thus, many cooperative platforms have been built in the digital economy that can help economic development in Indonesia.

Economic History of Cooperatives in Indonesia

The Beginning A brief history of the cooperative economy The cooperative movement began in the 20th century, which was often the result of unspontaneous efforts by very wealthy people.

They prepare themselves to enrich themselves while being involved in developing the welfare of the surrounding community. In the Dutch era, the formation of cooperatives could not be carried out because: 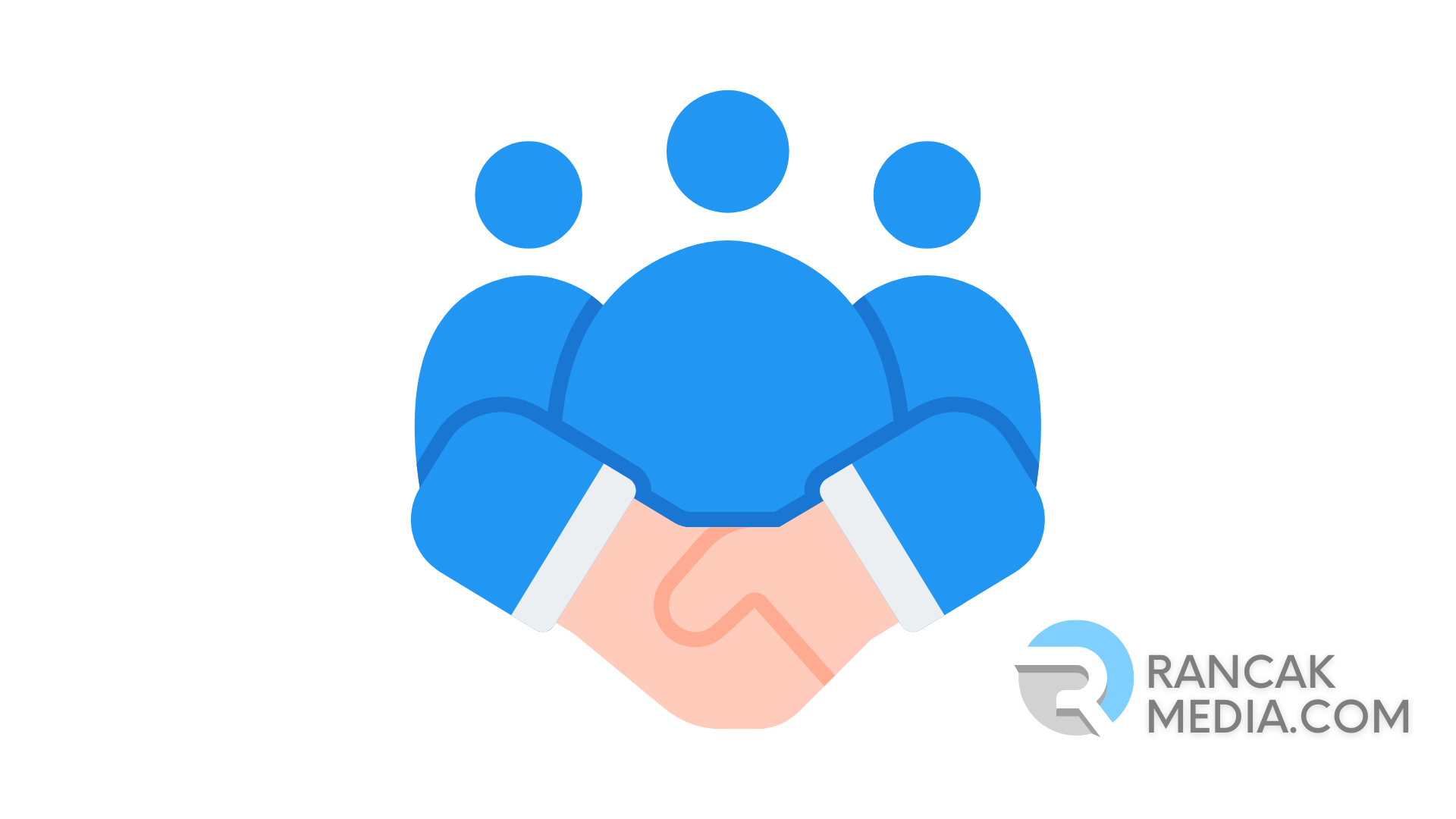 On July 12, 1947, the first Indonesian Cooperative Congress was held in Tasikmalaya. This was only a few months after the state got rid of the Netherlands.

Indonesian Cooperative Day will be set on this date in the future. In Indonesia, cooperatives have experienced ups and downs. A simple question that requires a detailed answer comes from a participant.

Why are cooperatives in an economy that grows into big businesses rarely found, just like other economic actors, namely the private sector (conglomeration) and state-owned enterprises? These are a series of questions to ponder.

In fact, the government's efforts to empower cooperatives never seem to run out. actually quite indulgent if you count. various packages of assistance programs from the government, such as credit programs:

Apart from program support, the State Minister for Cooperatives and PKM (Small and Medium Enterprises) is a special entity that handles matters outside Dekopin, which should encourage this movement to continue.

However, for the average business, the word “co-op” still conjures up images of the shady business economy, pitiful people, onion cooperatives, and stereotypes like that.

This difficulty cannot be separated from the contents of the cooperative which are bound by enthusiasm. Indonesia has a large number of business cooperatives which can legally be described as large conglomerates with various business units.

Several cooperatives have developed into Indonesian economic conglomerates which are certainly not inferior to private companies or state-owned enterprises that are already running, but currently many are sick. Every month, they do business worth billions of rupiah.

What is meant by conglomeration here is that the cooperative concerned has entered and handled various business fields that affect the livelihood of many people and has penetrated into various commercial business fields.

Cooperative Principles in the Economy

Principles of Cooperative Law No. 25 of 1992 and Law no. 12 of 1967 both stated the principleseconomic principles cooperatives in the economy. The important concepts of cooperatives are as follows: 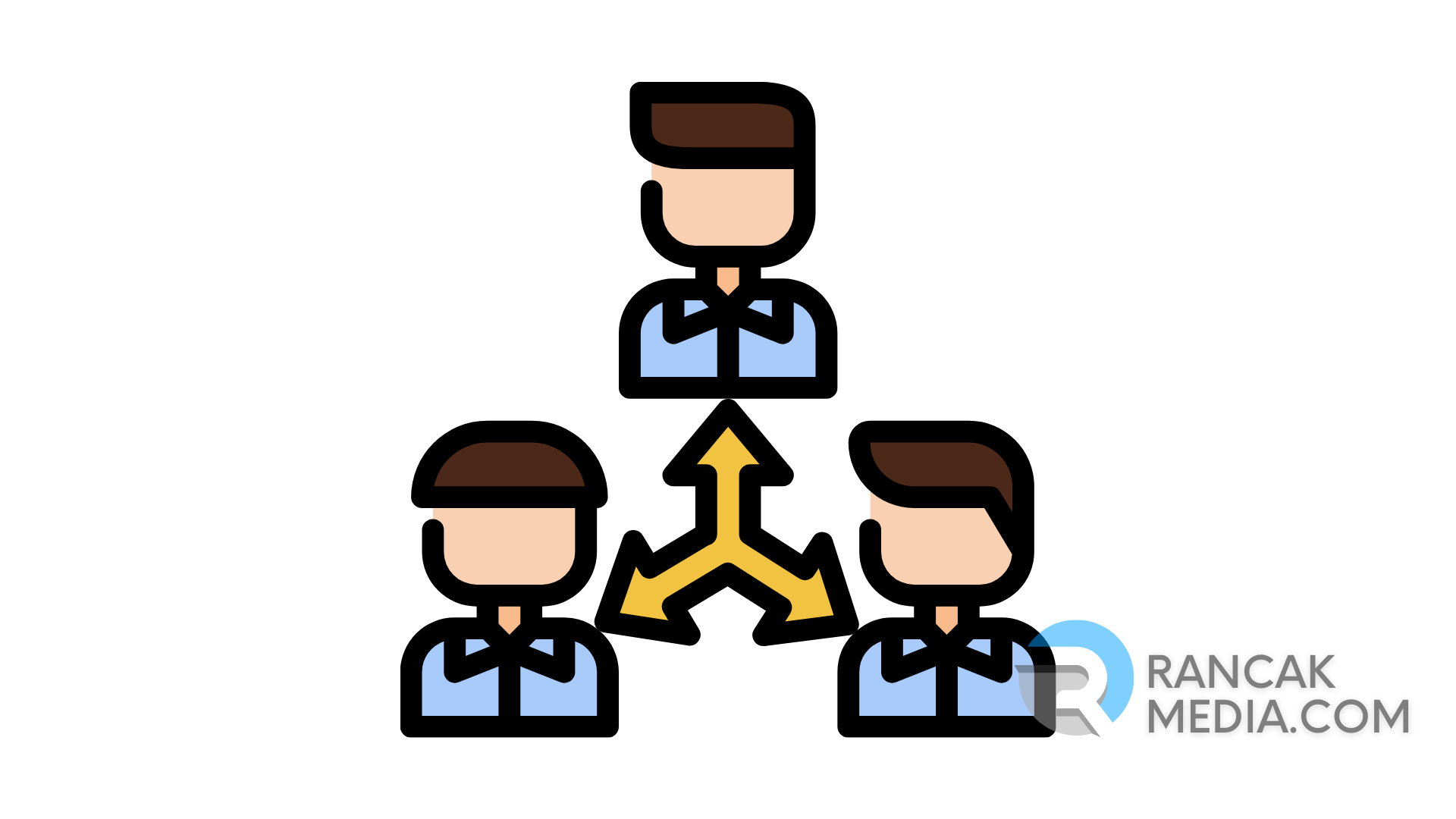 Bung Hatta was of the opinion that the purpose of cooperatives in the economy is not to seek maximum profit, but to serve common needs and a place for participation by small-scale economic actors.

The main goal of cooperatives in the Indonesian economy is to develop the welfare of members, in particular, and society in general. Because Indonesian cooperatives are made up of individuals and not corporations, profit is not the main metric used to evaluate their performance.

Profits are secondary to the benefit of the members. However, cooperatives should not suffer or lose as a result of their efforts. The manpower and services provided by each member help to achieve this goal.

Indonesian Cooperatives are non-profit organizations whose members join on the basis of shared economic interests. Through cooperatives, members participate in improving their lives and community life through their work and service.

Cooperatives are expected to prioritize serving the interests of members both as producers and consumers as part of their efforts in this direction. Cooperative activities will be carried out more for members than for outsiders. As a result, cooperative members function as owners and customers. 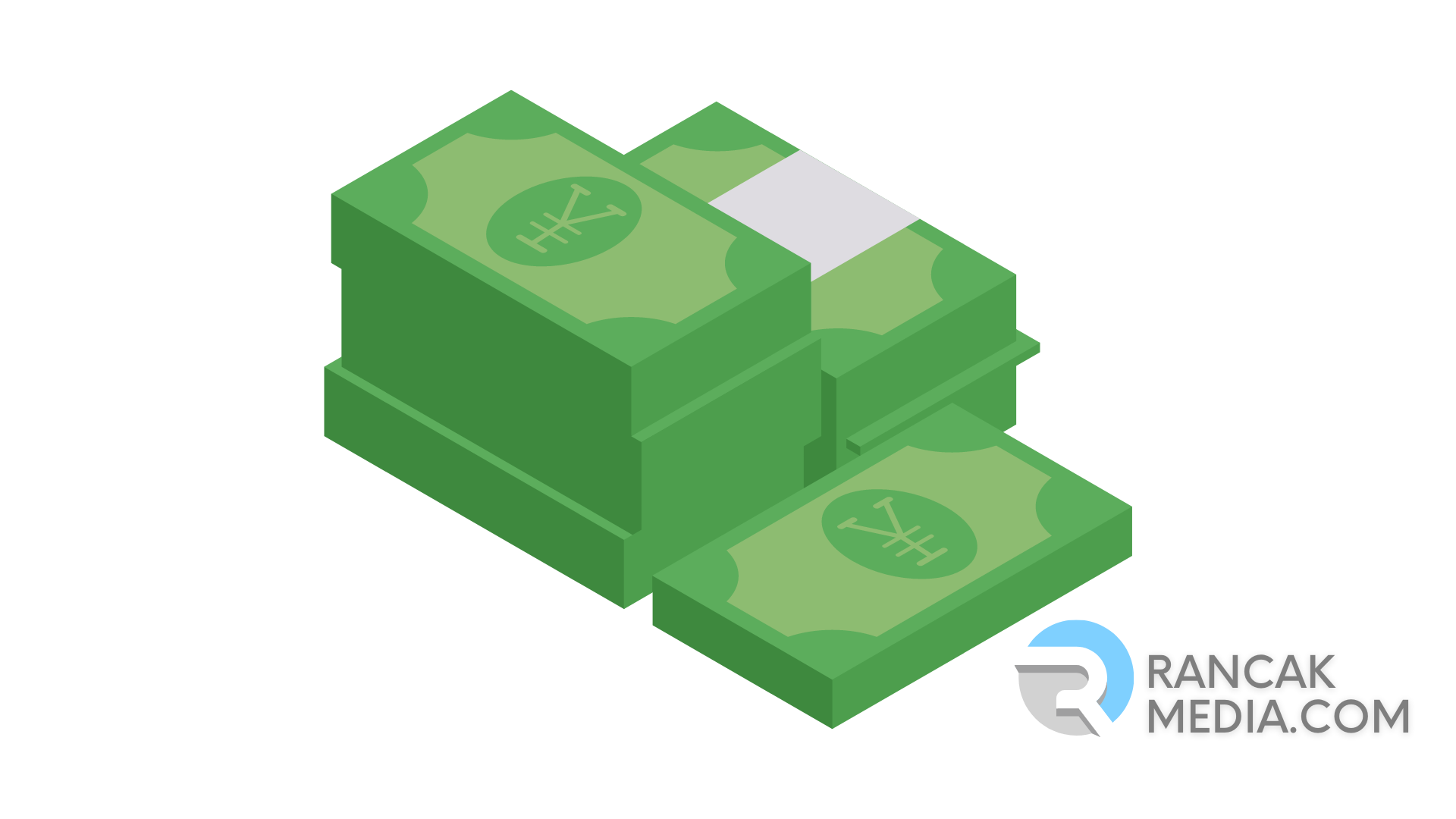 According to Law Number 25 of 1992 Article 3, the aim of Indonesian cooperatives is to advance the welfare of members in particular and society in general and to participate in building a national economic order in order to create an advanced, just and prosperous society based on Pancasila and the 1945 Constitution.

Based on the Law of the Republic of Indonesia Number 17 of 2012 concerning Cooperatives, the purpose of cooperatives is to improve the welfare of members in particular and society in general, as well as being an integral part of a democratic and just national economic order.

There are four functions of cooperatives in the economy in Indonesia in accordance with Law Number 25 of 1992 concerning cooperatives. The cooperative functions are:

The Role of Cooperative Economics

Article 3 of Law Number 25 of 1992 explains the role of cooperatives in the economy. It is said that the purpose of cooperatives is to help their members and society as a whole, while at the same time contributing to the national economic order based on Pancasila and the 1945 Constitution.

Consequently, the following are some of the most important functions that cooperatives play in the Indonesian economy.

Some cooperatives encourage small businesses in their local communities. One example is a cooperative that helps farmers buy the equipment they need.

With the existence of cooperatives, farmers can buy agricultural equipment needed at cooperatives at lower prices. So, it is possible and desirable for the agricultural business to become better and more important.

It is believed that the establishment of cooperatives in Indonesia can help those who need jobs. This is because cooperatives require many employees to handle their business. 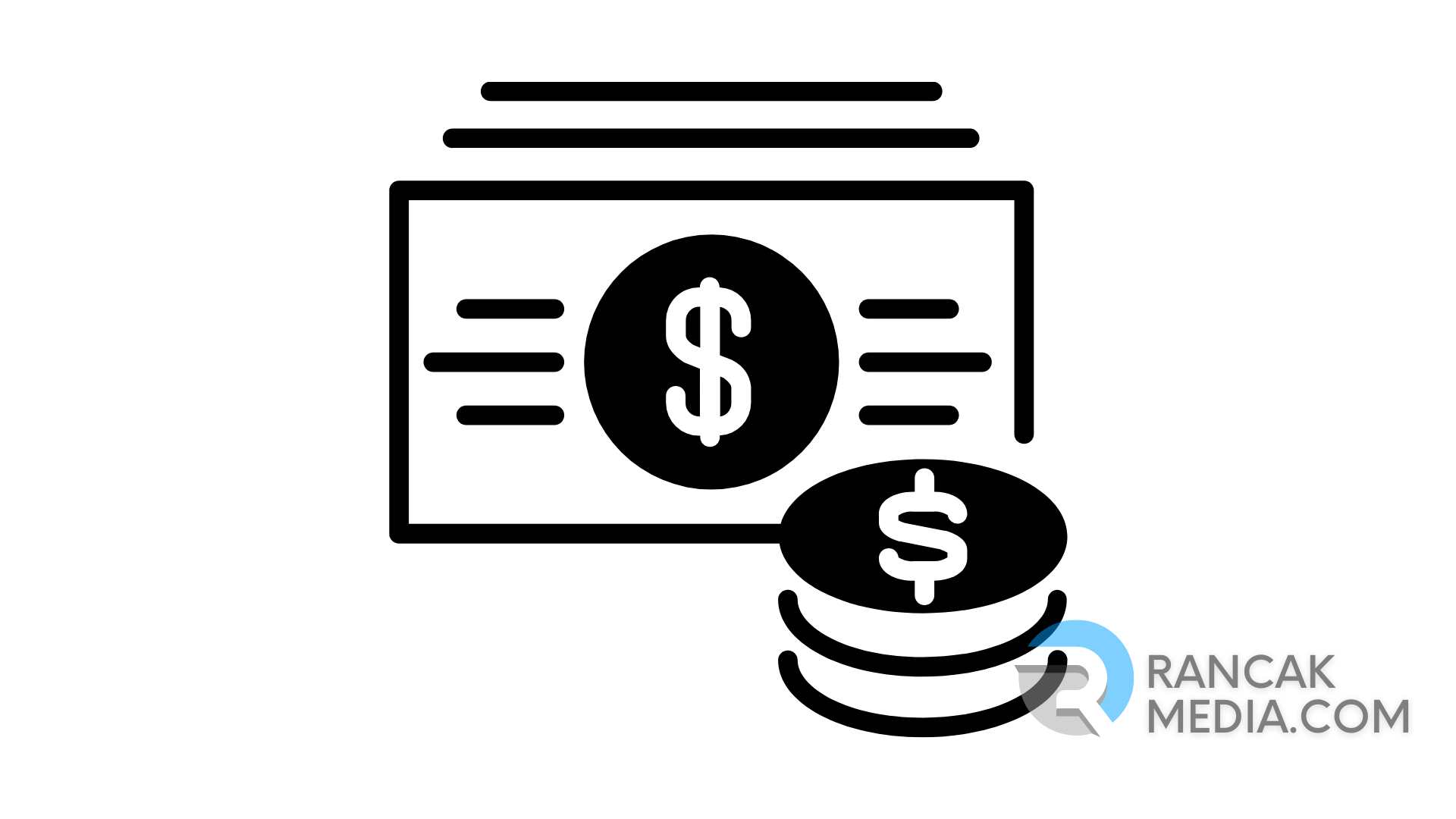 Basically cooperatives can provide opportunities for workers and absorb human resources. Everyone can also learn to manage funds and earn monthly income from managing this cooperative.

The ability of a business to compete with other businesses is assisted by high income because it facilitates the fulfillment of various demands of economic life.

Contribute to Educating the Nation

In addition to providing goods and services, cooperative businesses provide educational opportunities for their members. This education is often provided in the form of skills training as well as how to run a business and manage money.

By sharing information with members and the community around them, it has also been shown that cooperatives play a big role in educating people in the country as a whole.

Cooperatives as one of the lifeblood of the nation's economy and developed by the government, need to be developed together with other business activities.

Strengthening cooperatives also means empowering the community, which will ultimately be able to empower the national economy. Thus, the role of cooperatives cannot be separated from the economy in Indonesia, especially in the contemporary digital era.

Also, since it is backed by the best accounting software, its members tend to get a lot out of it. Cooperatives certainly offer many advantages and disadvantages when joining a business unit.

Cooperative management is a person who knows how to run a cooperative and is good at making sure that all its activities run smoothly.

Cooperatives in the economy are established based on various aims and objectives. Cooperatives come in many types so that they can meet the different needs of their members and their organizations.

Types of Cooperatives based on Membership

Cooperatives in the economy can be divided into two types based on who the members are: primary and secondary cooperatives.

Types of Cooperatives based on Business Fields 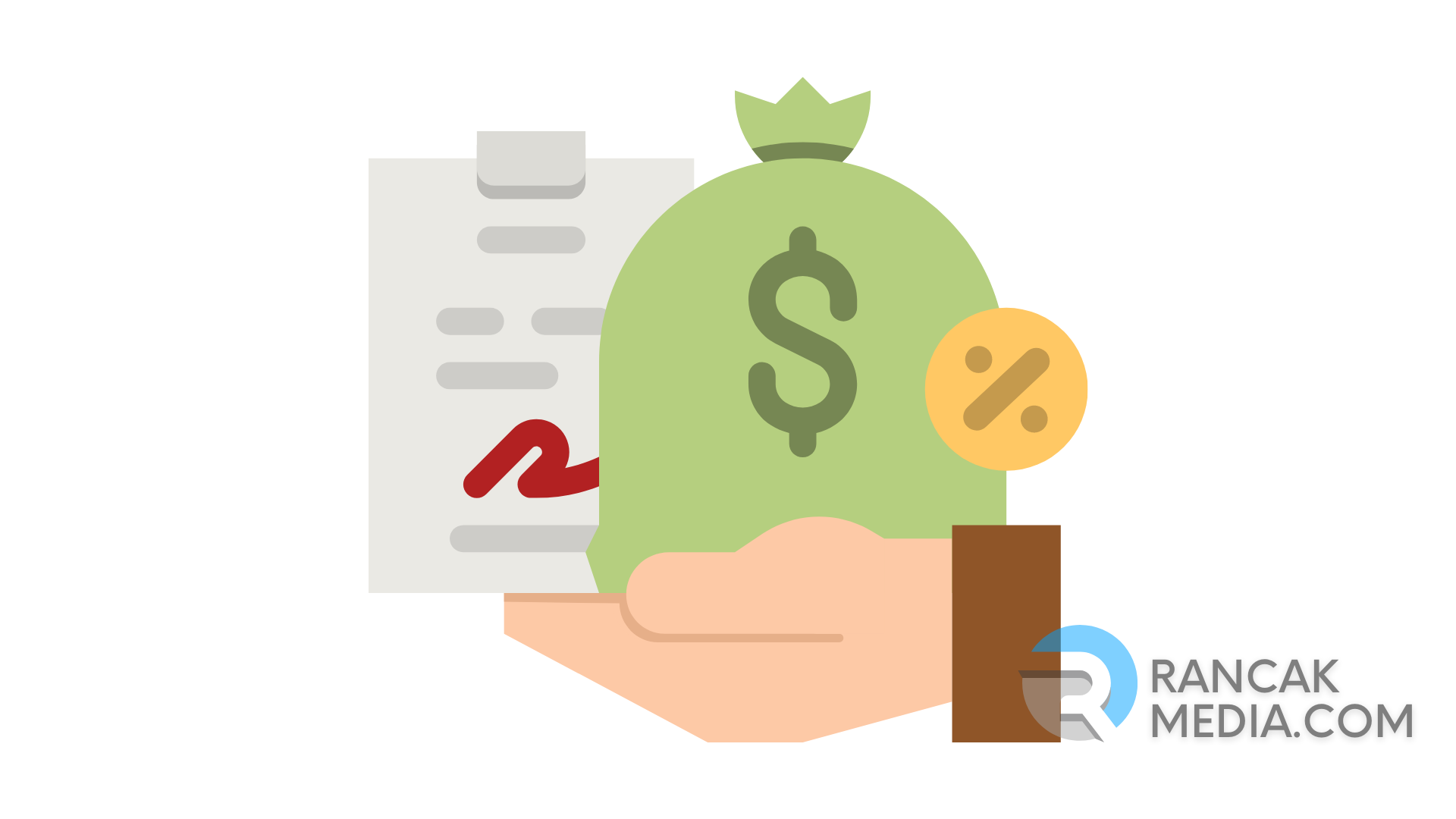 A consumer cooperative was set up to help its members get the basic items they need every day at prices they can afford.

Since co-ops started helping their members and making sure they have the things they need to live, the goods sold in consumer co-ops are also cheaper than those sold in regular shops.

Village cooperatives are groups of people with the same interests who work together in rural areas to run more than one business.

Village cooperatives are established to support business activities in the economic sector related to agriculture or fisheries, for example by providing tools, products, and business support needs.

Entrepreneurs and owners of fishing gear, as well as those who work in the fishing industry and have an interest in the success of their cooperative, become members of fishing cooperatives.

Industrial cooperatives carry out businesses related to handicrafts or industrial businesses, ranging from manufacturing to general buying and selling.

Members of the savings and loan cooperative get a service fee for the money they put in, while people who borrow money pay the lowest possible interest rate.

Advantages of Being a Cooperative Member

Despite the fact that the Indonesian economy is home to hundreds of thousands of cooperatives, only a small proportion of the population is aware of their existence, as evidenced by the limited number of individuals who actively participate in cooperatives.

In fact, joining as a member of a cooperative will bring benefits both in the economic and social fields, both for himself and for others. Among the following are these benefits:

Cooperatives can easily arrange capital loans with easy conditions for members who have financial difficulties.

Foster an attitude of Discipline and Responsibility

As a member of a cooperative, everyone must follow a set of rules and guidelines that define their rights and responsibilities.

Cooperative members will gain increased independence as a result of their existence. Instead of relying on other people's income, members can make their own money by running their own business.

It is common practice to instruct cooperative members to always carry out their duties honestly. In addition, cooperatives really appreciate openness in the management of cooperatives.

SHU is business profits divided according to the economic activities of cooperative members. So, the amount of SHU that each member gets will depend on how much they save or donate, because cooperatives work based on how much each member saves or gives.

Below we have summarized some frequently asked questions about the economic history of cooperatives, as follows:

What is the role of cooperatives in enhancing cooperation in the economic field?

Develop a more equitable method of sharing residual profits, combat monopolies and other forms of concentration of capital, offer goods and services at lower prices, and increase the income of its members.

Cooperative is a business structure that plays an important role in the Indonesian economy. The co-operative movement originated in the 20th century, and was often the result of unspontaneous efforts by very wealthy people.

The word "cooperative" conjures dark images of the business economy. Indonesia has a large number of business cooperatives which can legitimately be described as large conglomerates. The main goal of cooperatives is to improve the standard of living of their members and the economy as a whole.