Rancakmedia.com – The score for the match Qatar vs Ecuador which was the opening match in World Cup 2022 which will be held on Sunday, 20 November 2022 at Al Bayt Stadium, Al Khor, Qatar.

In Group A, it is scheduled that the Qatar national team as the host will play against the Ecuador national team, this is what makes the audience look forward to it.

As the host of the 2022 world cup, Qatar has the honor of opening the world's biggest football tournament by playing its opening match against Ecuador.

The national teams of Qatar and Ecuador were joined in Group A of the preliminary round of the finals World Cup 2022 together with two favorite teams namely the Netherlands and Senegal. 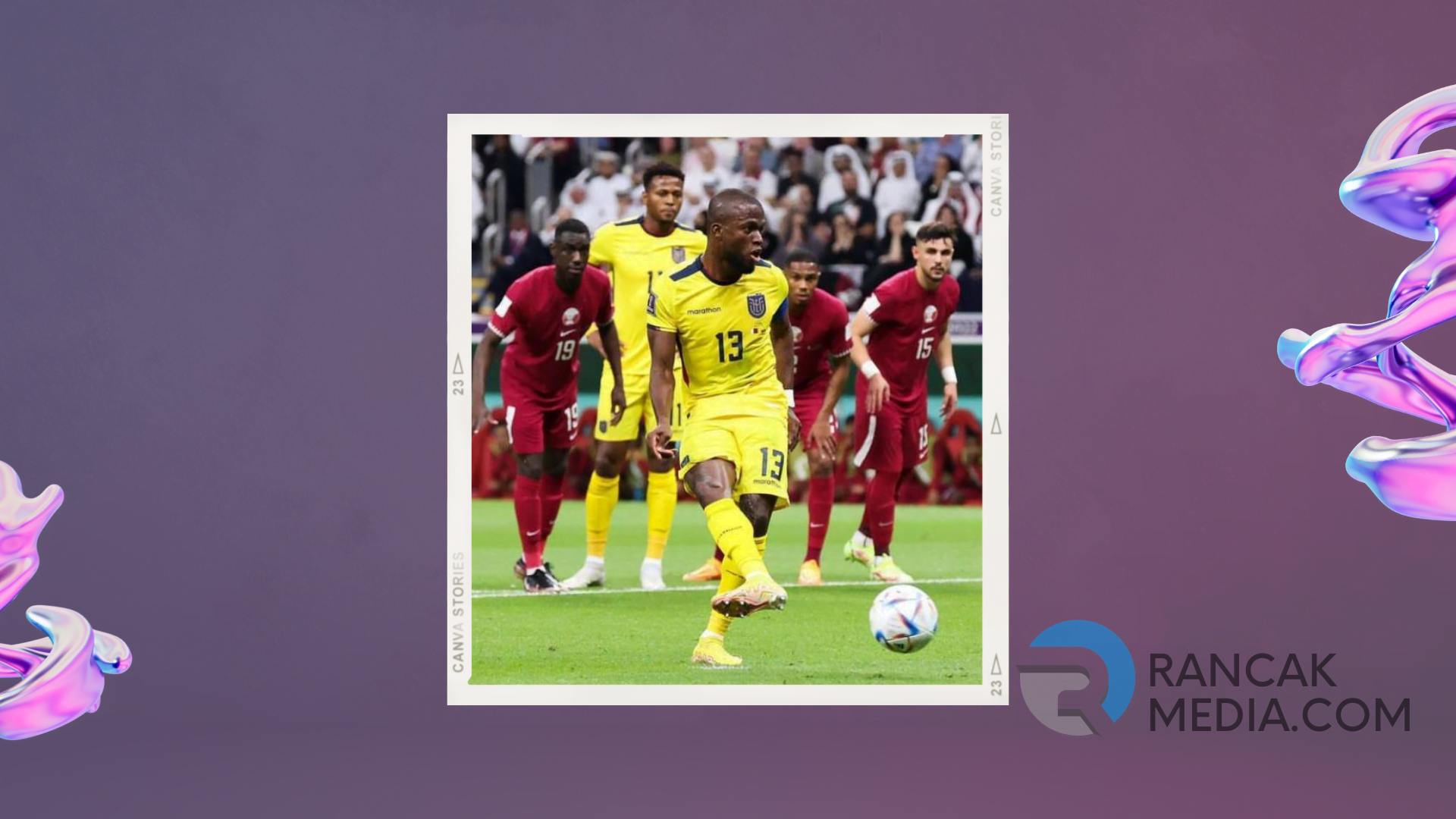 Qatar also has the advantage because it acts as the host, but the threat from Ecuador, especially the Netherlands and Senegal certainly cannot be underestimated.

As the host of the 2022 world cup from the first Middle Eastern country, Qatar has won its last five matches against the likes of Panama and Albania.

And will be desperate to get at least a point in their opener ahead of more tense fixtures against Senegal and the Netherlands.

Ecuador will be seen as the weakest opponent in Group A by Qatar. But any team that passes the South American zone qualifiers should really be considered a good team.

While competing in the World Cup, the results have not been that impressive, but La Tri will play his first match as confidently as the host.

Ecuador coach Gustavo Alfaro will be in charge of one of the youngest squads at the 2022 world cup putting his faith in a new generation of Ecuador players after dismantling the team when he took over in 2020.

So far, from the last few matches that Ecuador has participated in, La Tri is still having trouble scoring goals.

The composition of the host, namely Qatar, showed indications of playing defensively by utilizing a 5-3-2 formation.

In that match, Qatar put its reliable goalkeeper as a starter, Saad Al Sheeb. Which later Saad will withstand all the threats given by the Ecuador players.

In addition, Saad is also not alone in guarding the goal. Because, Saad will be assisted in resisting all attacks by Qatari defenders, namely the Al-Annabi Squad, namely Abdelkarim Hasan, Boualem Khoukhi, Basam Al Rawi, Homa Ahmad, Abdulaziz Hatem. 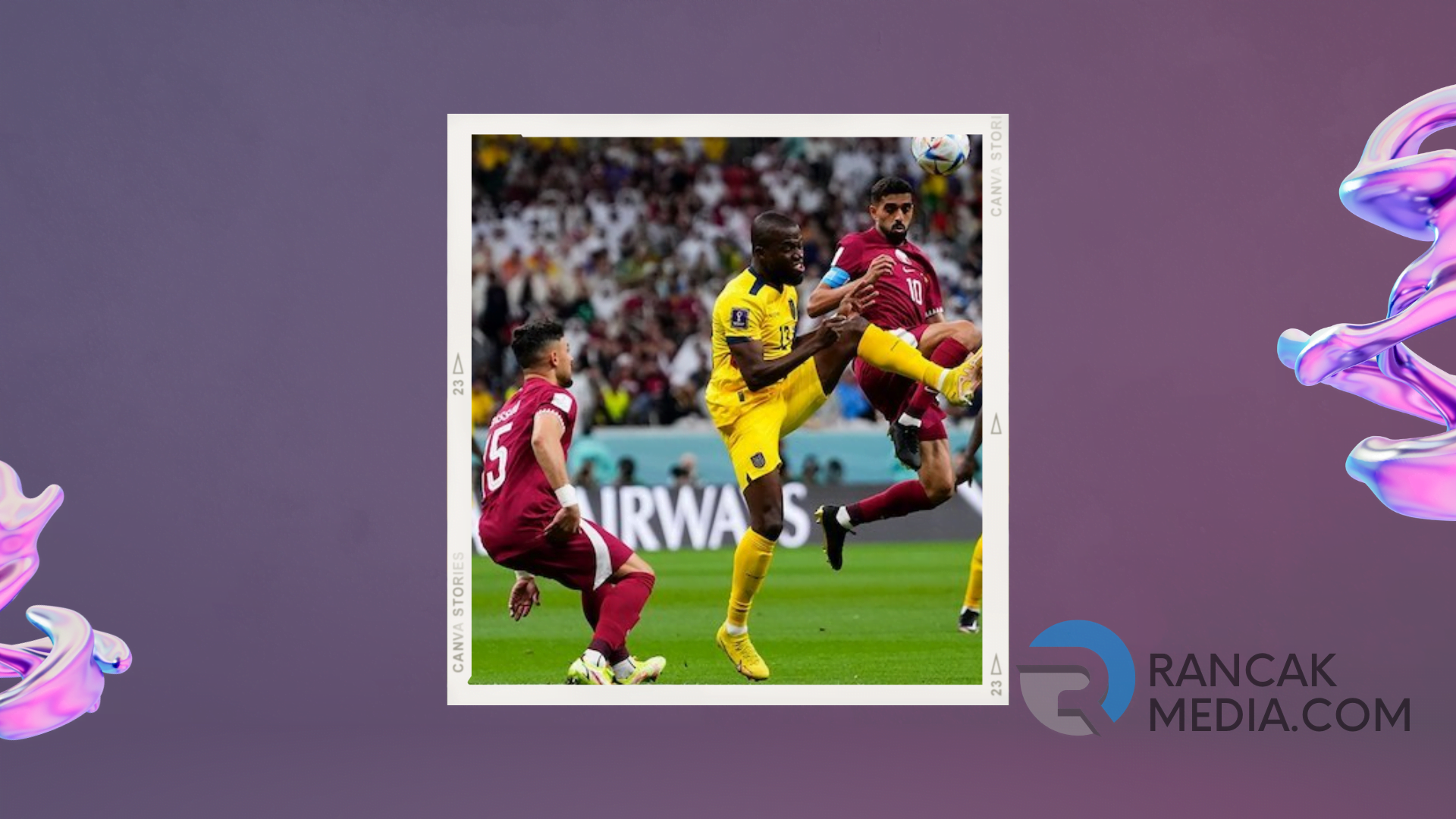 As for the homeless position and the wing line of the Qatar national team, they are strengthened by Karim Boudiaf, Pedro Miguel, Akram Afif and Hasan Al Haydos. And also Almoez Ali who will spearhead the home team in this match.

Not far behind, Ecuador also fielded players who were no less great for this opening match. Gustav Julia Alfaro's team sent H. Galendez as goalkeeper.

Meanwhile, for the homeless position, Ecuador fielded R. Ibarra, M. Caicedo, J. Mendez, and G. Plata. Then, the duet M. Estrada and E. Valencia will spearhead the Ecuador squad in this opening match.

However, Qatar had to admit the superiority of the visitors, namely Ecuador with the score scored 0-2.

As the host, namely Qatar failed to maintain the unbeaten tradition of the host country competing in the inaugural match.

The Ecuador national team won the opening match of the 2022 world cup with a score of 2-0. 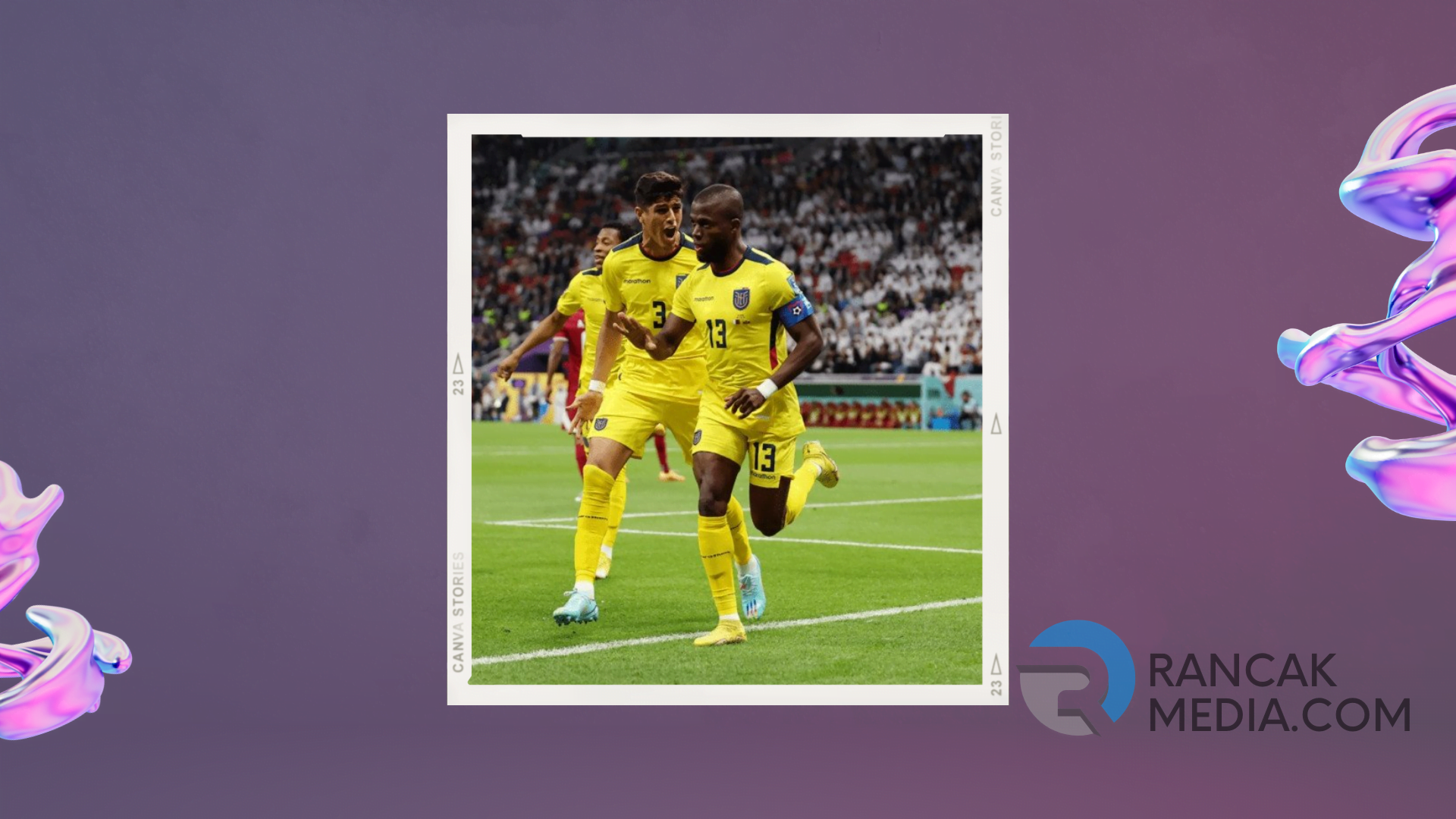 Ecuadorian player to score viz Enner Valencia, or better known as E. Valencia through a penalty kick in the 16th minute and was complemented by a header in the 31st minute.

Reporting from the official FIFA website, this inaugural match was tight with Ecuador having a slight advantage in possession of the ball 53% while Qatar controlled the ball with 47%.

In addition, the Ecuador national team is also superior in terms of opportunities by making 5 opportunities and 3 of them are on target.

In addition, Qatar was unable to create a directional kick from the 5 attempts that had been made. This result made Qatar the only host nation to suffer defeat in the inaugural match of the World Cup.

Not only that, Qatar as the host was again surprised by the goal scored by Enner Valencia after three minutes of the match.

Qatar goalkeeper, namely Saad Al Sheeb, failed to ward off the ball into the air that came from a free kick from the middle of the field.

The free ball was headed by Michael Estrada and then Felix Torres continued with a cross kick to Valencia.

Valencia managed to head the ball into the net, but there was controversy on this goal.

The referee in the match, Daniele Orsato, thwarted the goal scored by Valensia because Estrada was deemed offside via VAR.

By continuing to press, the Ecuador national team received a penalty after the captain, Valencia was violated by Al Sheeb.

Valencia, who stepped forward as a kicker, managed to evacuate the ball perfectly with his right foot.

Relaxed and calm, the Ecuador player managed to direct the ball to the right side of the Qatar goal which tricked Al Sheeb who moved to the left side. 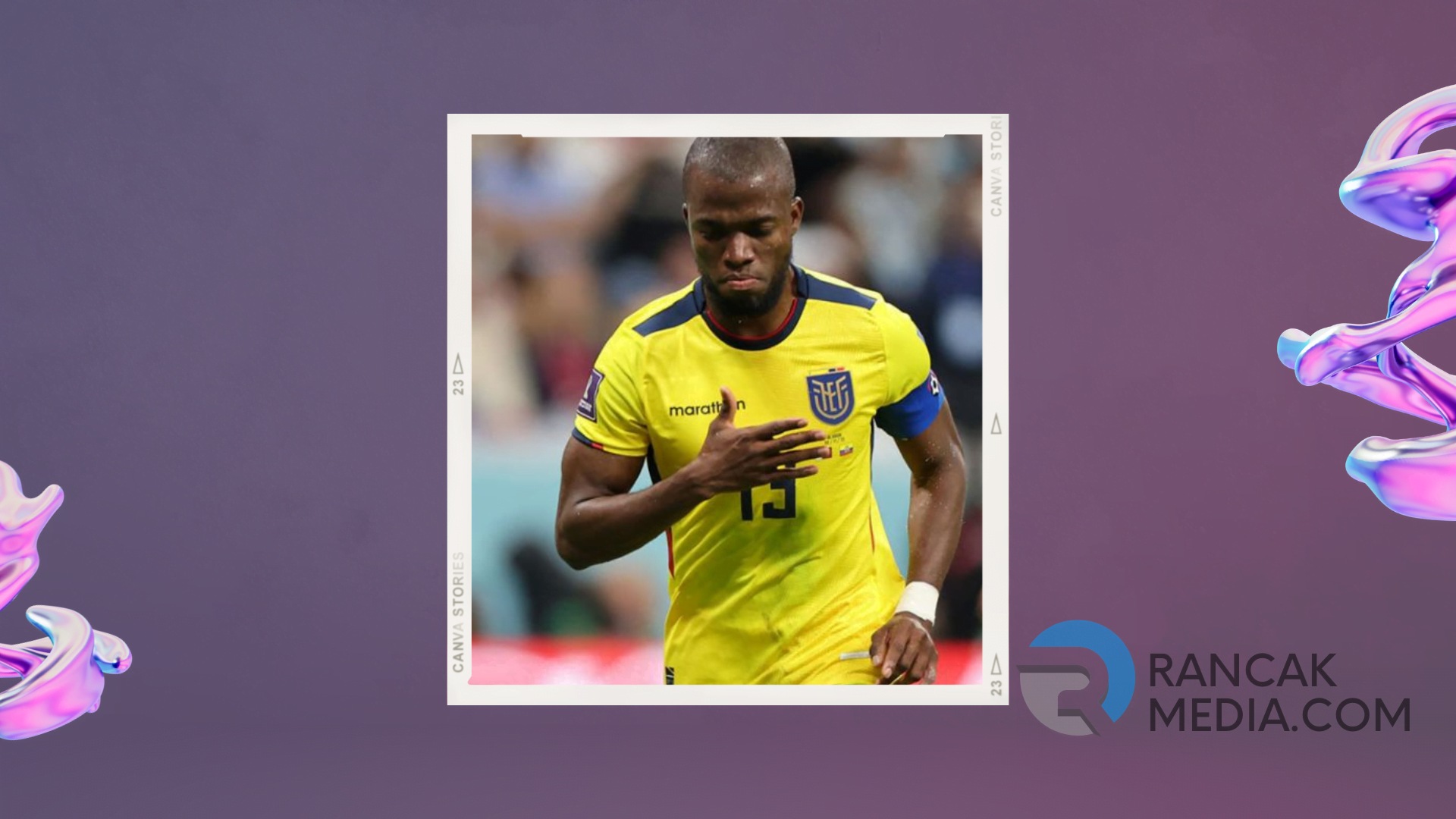 Enner Valencia gave Ecuador a 1-0 lead in the 16th minute which put La Tri ahead of the hosts.

After Valencia scored Ecuador's second goal, he became a constant threat to the Qatari defense.

When Valencia got a header from Angelo Preciado's cross, he made the most of it.

Valencia headed the ball off Al Sheeb's outstretched left foot and into the far corner of the goal. During the first half, Ecuador won 2-0 over Qatar.

In the 55th minute after halftime, Ecuador continued to press the Qatar defense by creating scoring opportunities.

The intensity of the game waned in the second half, with Qatar having trouble breaking through the solid Ecuador defense.

Ecuador finally managed to come out victorious after the fight was over and Qatar was unable to score a goal.

La Tri closed the score for the Qatar vs Ecuador match with a 2-0 win over Al Annabi through two goals from Enner Valencia.

This victory makes Ecuador temporarily lead Group A, while Qatar must be at the bottom of the standings.

Below is a list of the last matches that Qatar and Ecuador have played, as follows: 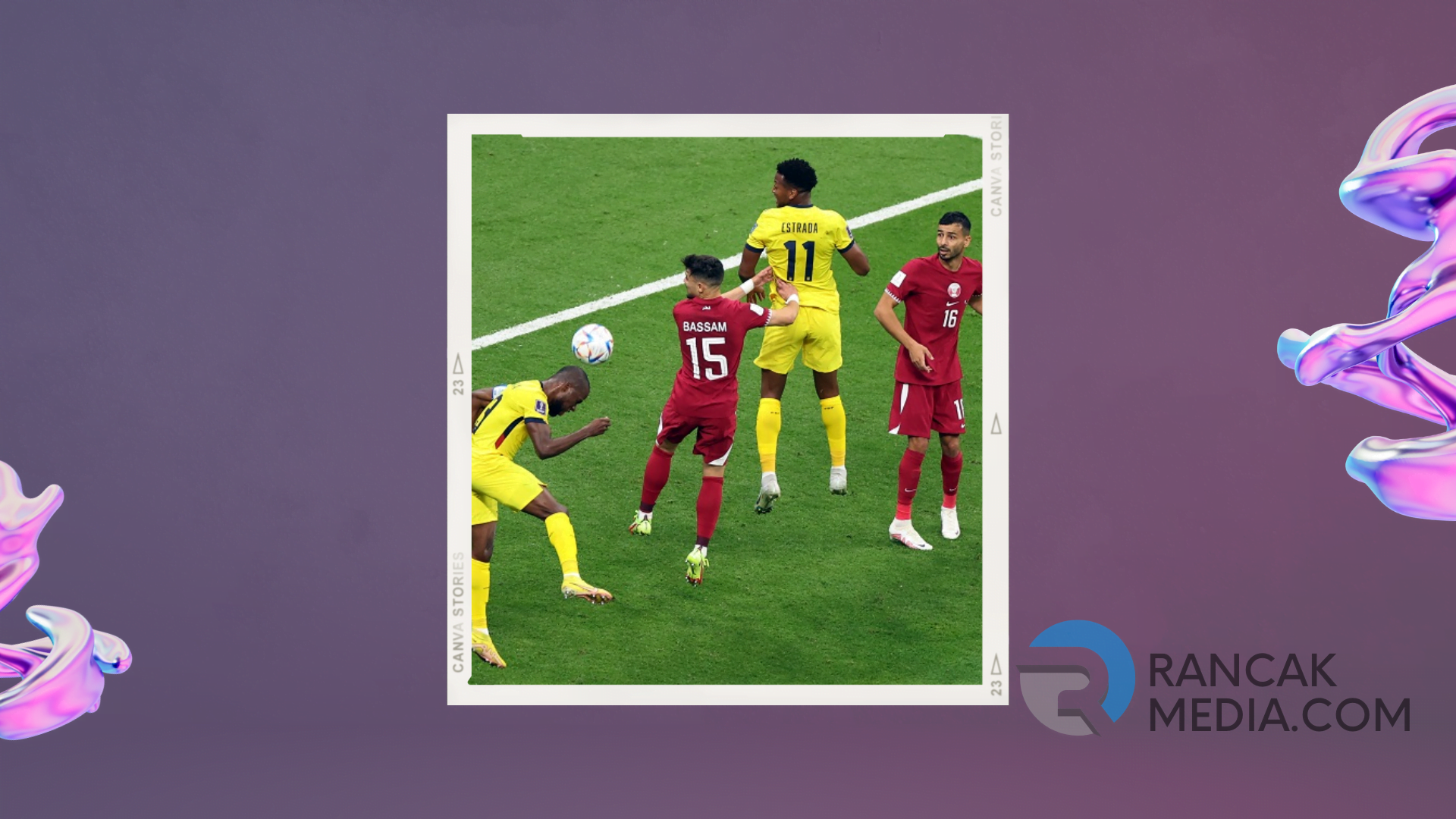 Following live score update world cup 2022 the most updated, the media has been organized, collected from trusted sources.

Below we have summarized some frequently asked questions about the world cup, as follows:

Qatar is the only country that is the first Asian representative to appear in the opening match of the 2022 world cup, this is due to FIFA regulations since the 2006 world cup.

The 2022 World Cup will be held in Qatar from 20 November to 18 December 2022. There are 32 countries competing and divided into eight groups.

As the host of the 2022 world cup, Qatar has the honor of opening the world's biggest football tournament by playing its opening match against Ecuador.

The Ecuadorian player who scored the goal was Enner Valencia, or better known as E. Valencia, through a penalty kick in the 16th minute and was complemented by a header in the 31st minute.

That's the article about Qatar match scores vs Ecuador, managed to beat the hosts, I hope the information above can be useful and helpful for all of you.

Check other Rancakmedia.com News and Articles at Google News