We have all heard the terms payable or receivable before. Both terms, commerce, business, or accounting, are widely used by the general public.

Even so, only a small portion of the general public knows the ins and outs of the essential meanings of these two words. How are payables and receivables different from one another?

Debt and receivables have almost the same meaning, namely borrowed money. However, there are differences between the two in terms of viewpoints, regulations, values and positions in the accounting books.

List of contents: Show
1 What is Payable and Receivable?
2 Meaning of Debt and Accounts Receivable According to KBBI
3 Meaning of Payables and Receivables in Accounting
4 Differences in Debt and Accounts Receivable in Detail
4.1 Difference in value
4.2 Accounting Bookkeeping
4.3 Differences in Applicable Rules
4.3.1 accounts receivable
4.3.2 Debt
5 The Importance of Knowing the Ins and Outs of Accounts Payable in Accounting
6 FAQs
6.1 What is the legal basis for debts and receivables?
7 Conclusion
7.1 Related Recommendations:

What is Payable and Receivable?

If you hear the term "debt", chances are that the word will often be followed by the phrase "receivable". The two terms are usually synchronized or even stated simultaneously.

This is because of their similar connotations, even their nationality status, but they are not the same. Let's take a closer look at what these two phrases represent. 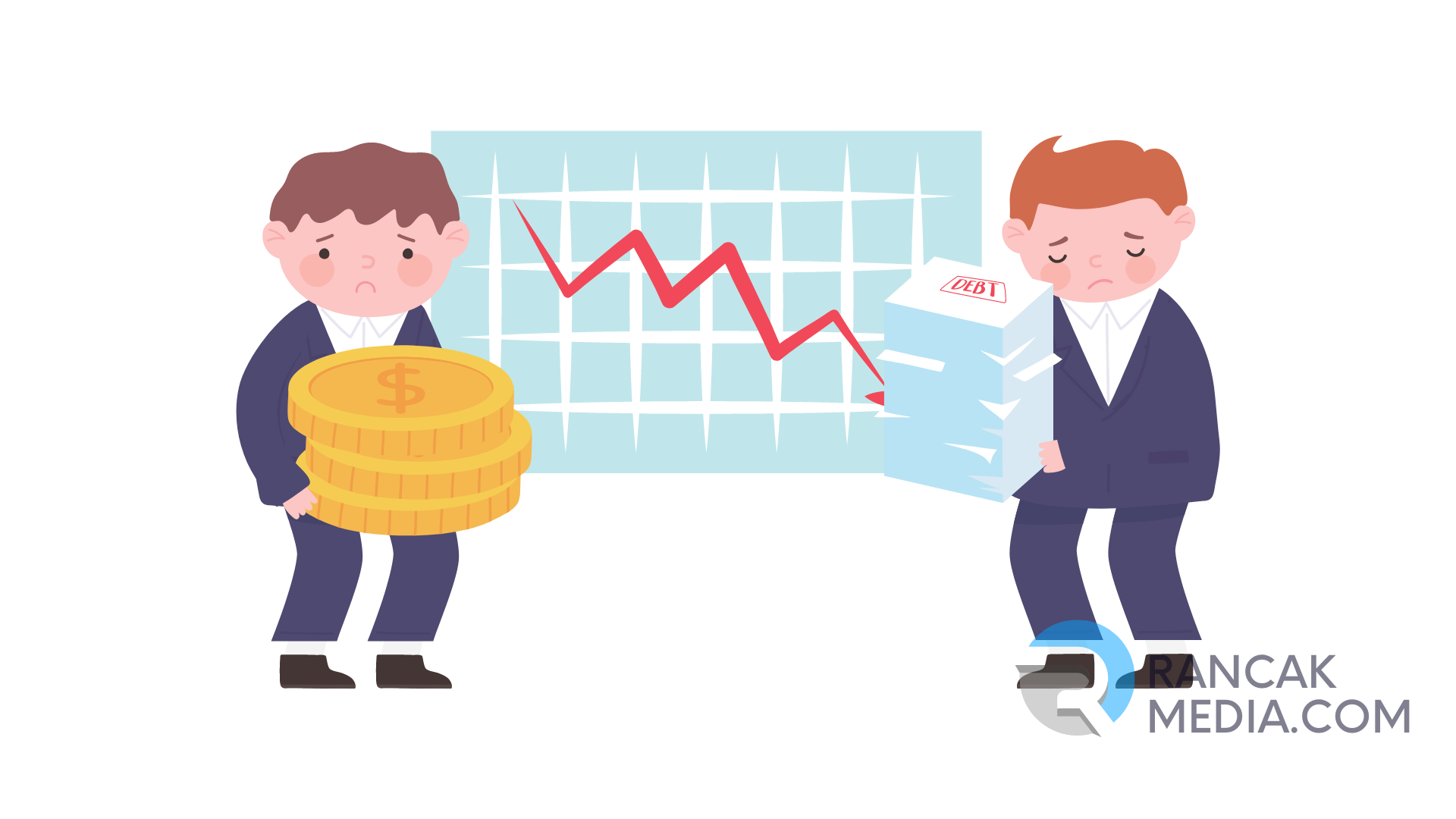 Payables and receivables can be understood from several points of view, especially in language or according to KBBI, and from an accounting point of view. We will examine the two terms from two different angles now.

Meaning of Debt and Accounts Receivable According to KBBI

A person's debt is an amount of money or product that they owe other people, whether in cash or not. On the other hand, accounts receivable is commodities or money bills that have been lent or borrowed by other parties.

For the most part, the two terms refer to the same thing: borrowed money. However, there are different points of view. One perspective of debt is that it counts when someone is in debt.

In addition, the individual who owes a loan or borrows money is the one who starts the debt cycle. So debt has the meaning of money borrowed by someone.

Receivables, as opposed to debts, are viewed from the point of view of the person providing the financial money. These so-called receivables are really money that has been lent to others.

Meaning of Payables and Receivables in Accounting

Payables and receivables in accounting have their own terms apart from those contained in the KBBI or the Indonesian dictionary. From an accounting point of view, debt is cash and non-monetary or goods borrowed and belonging to another party, and the borrower has an obligation to repay.

accounts receivable, on the other hand, is seen by accountants as a loan to another person or account, whether that be in cash or otherwise. In fact, the definition of accounts payable in KBBI and in terms of accounting is almost the same, only the terms are different.

In the world of accounting, loans to customers are often referred to as debtors or capital loans. Debt is also in a location that is considered detrimental from an accounting perspective because it is in the form of credit and in the form of obligations. 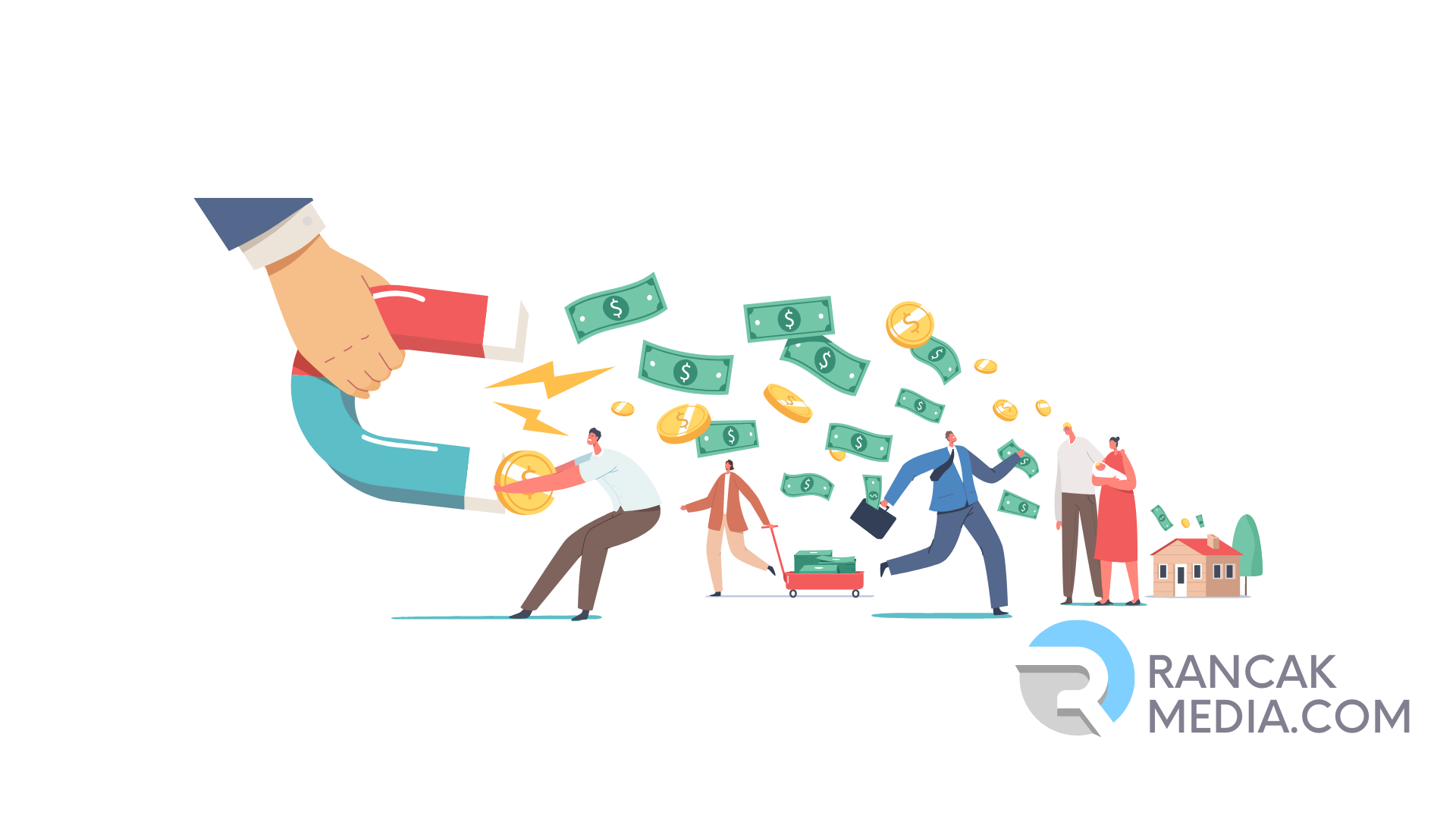 Liability is money that cannot be earned. Conversely, if the money is a business capital loan, it will produce

Accounts payable is more negative than accounts receivable. Receivables can also be money we owe to other individuals or businesses, unpaid bills, or unpaid wages.

Differences in Debt and Accounts Receivable in Detail

In this scenario, the two items have a more thorough and detailed distinction from an accounting point of view. Even though they are the same and similar, the two still have certain differences in many aspects, especially from the point of view of accounting records.

The following are some of the differences in accounts payable and receivable in full and in-depth accounting.

The amount in dispute between accounts payable is not the cash or non-cash value borrowed. Instead, we are talking about the sum of the positive and negative values respectively.

Debt tends to have a negative value because it is generally associated with passive money. Those who are burdened with debt tend not to be productive members of society.

However, it will be different if debt is used as business or company capital, because then the value changes to be positive and becomes active money.

Receivables, on the other hand, tend to have a higher value. This is because receivables can be in the form of finance or money lent due to cooperation or unpaid salaries.

Company receivables are also a type of asset, which is a hidden asset. As a result, receivables are basically assets that are currently in use but whose ownership is held by someone else. In addition, accounts receivable

The gap between accounts payable and receivable is clearly visible in the accounting records. Debt is in a credit position, which decreases assets within the company and is recognized as a liability.

Meanwhile, the books show accounts receivable in a debit position and as current assets. Receivables may be in the form of unpaid invoices or unpaid money, depending on the industry.

The differences for receivables and payables in the applicable rules are: 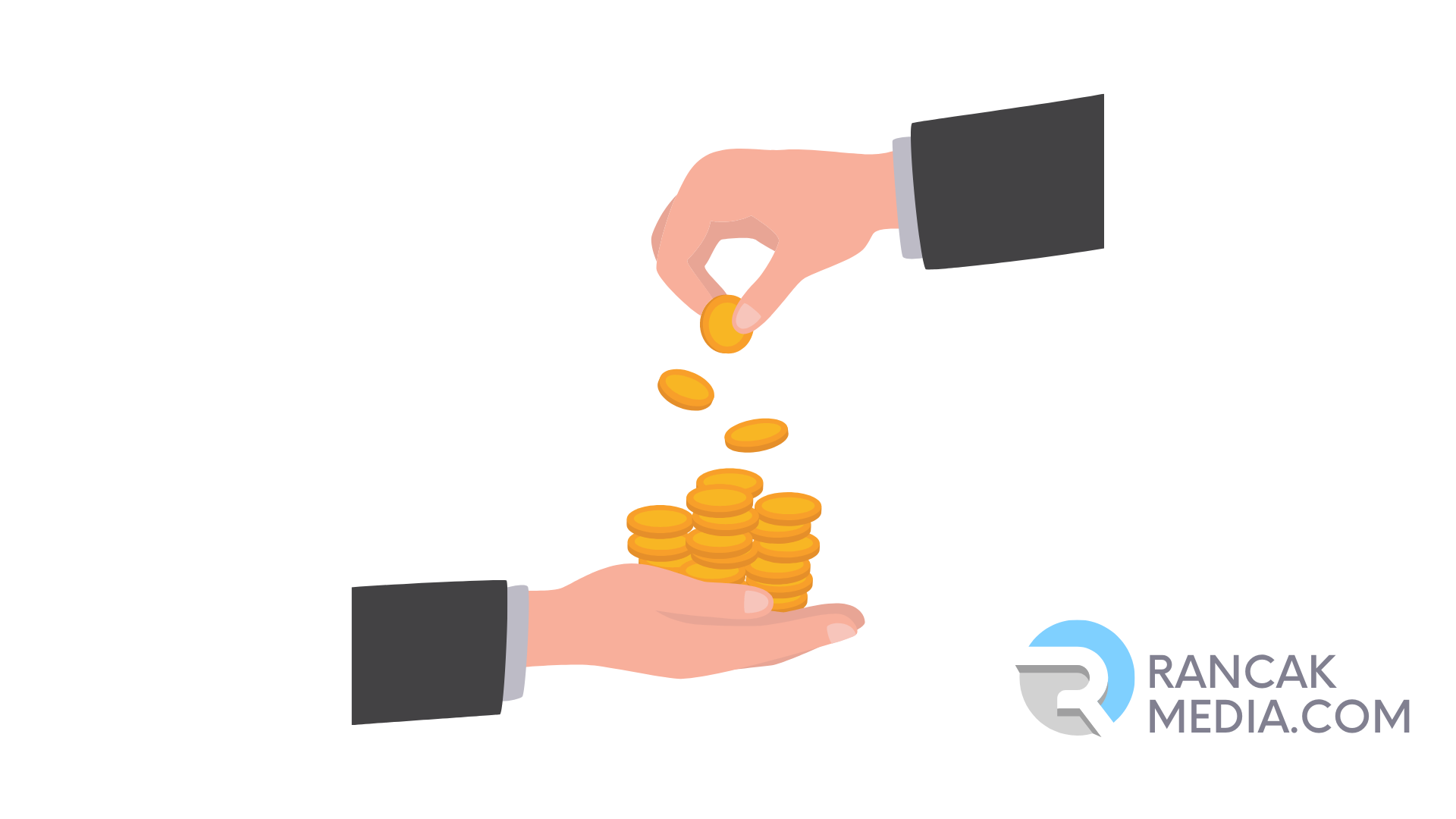 Apart from the price point of view, these two terms also differ in terms of the regulations that apply. When it comes to receivables, the rules and bonds are more rigid.

This is because receivables usually apply to large companies such as corporations and the like. As a result, receivables are seen as having more stringent requirements in the world of financial accounting.

The idea is that you can't just go out and buy other people's receivables at will. Receivables are often awarded depending on the specific needs of the creditor.

What's the point of defining terms for receivables that are binding on both parties? This is to help with the date of payment of accounts receivable and also calculate how much receivables are given.

So, the existence of conditions on receivables will not harm any party but benefit them. In addition, receivables also have an interest rate that must be paid.

Payables can be expressed as the opposite of receivables. If receivables tend to be heavier, then accounts payable is considered lighter in applying regulations or standards.

In general, debt does not require complicated requirements such as accounts receivable. Debt only requires collateral as a requirement.

This guarantee will be used as a binder so that it can be fully accounted for. As with business capital loans, these funds can be returned when the company starts to make a profit, and the collateral issued will be returned to the person who issued the debt.

Knowing these two facts may seem petty and pointless. Nevertheless, it is very important for business professionals, in particular, to know the specific differences between the two terms.

In addition, understanding the definitions and intricacies of both in accounting is very important. Of course, understanding it would not only bring harm but also profit.

By understanding the ins and outs of accounts payable and receivable, you can operate your company and manage your money efficiently. If you've ever had debt or receivables, you need to know the rules that apply to both and stay away from scams as much as possible. 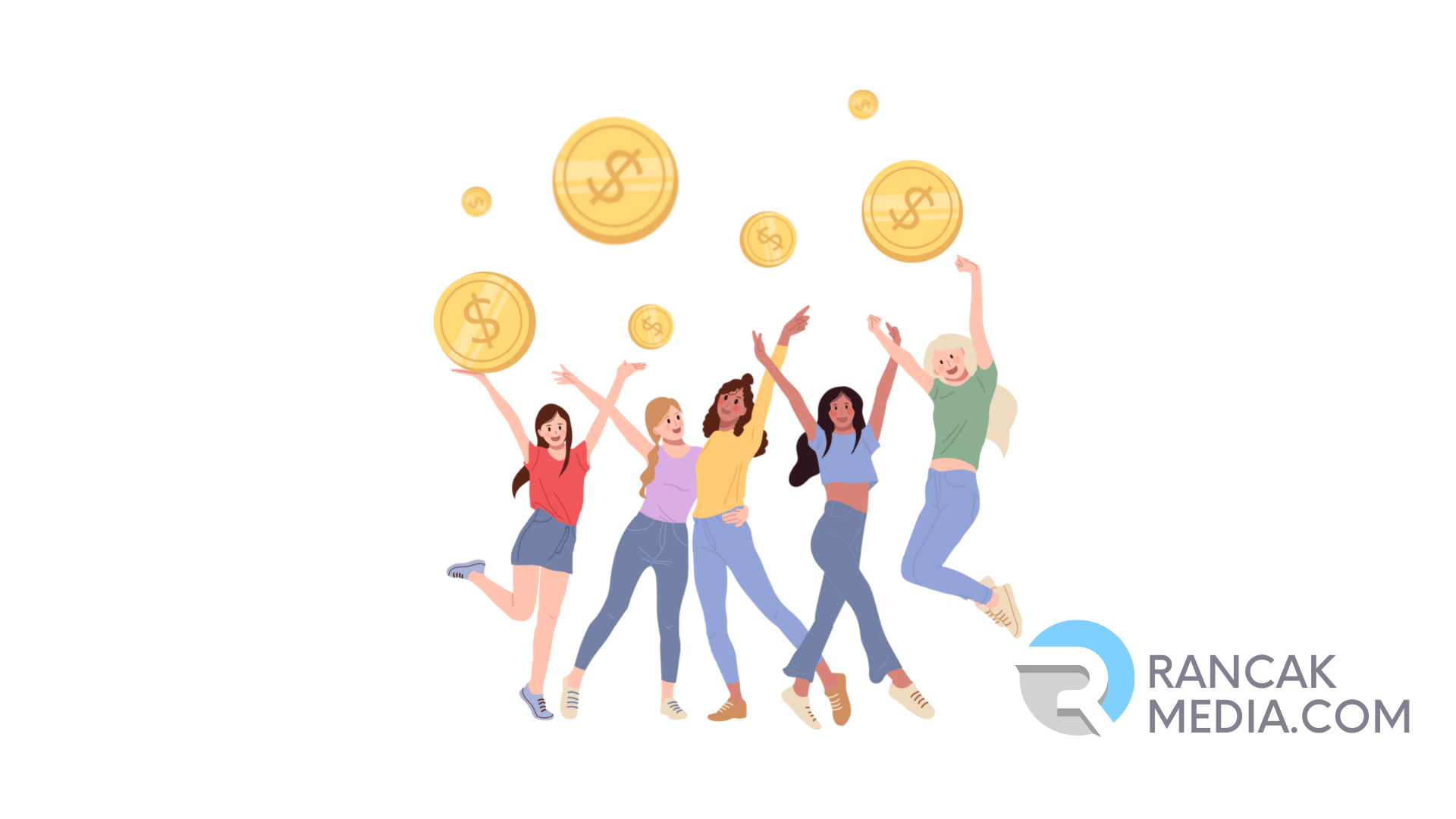 Or conversely, if you give credit or debt to other people, then you also have to handle it carefully. That way, there won't be a penny of loss for your company. Other people will not experience the same loss as you.

Below we have summarized some frequently asked questions about accounts payable and receivables, as follows:

What is the legal basis for debts and receivables?

Based on market 1338 of the Civil Code related to the agreement made by both parties, the parties are obliged to fulfill the contents of the debt agreement. So if the agreement is not implemented properly, it means that there is a broken promise or broken promise.

Debt and Accounts Receivable have the same term but have different meanings. Debt does not require complicated requirements such as receivables. Debt only requires collateral as a condition to be accounted for.

Thus the information about the differences in accounts payable and receivables in accounting, I hope the article above can be helpful and useful for all of you!