Rancakmedia.com – Do you already know what fiscal and monetary policies are? if you don't know it yet, let's look at the information in the article that we have provided below.

The growth or development of a country can be measured by looking at its economic position. A country that is able to achieve a high level of economic development and maintain its economic stability can be characterized as a developed country. This indicates that the country is already on the verge of economic independence. The converse is also true.

The economic sector is unpredictable, because it is influenced by different causes, both internal and external. Internal effects tend to be simpler to predict and counter, but exterior influences are less likely.

External elements such as market procedures, market demand and competition will be difficult to regulate. Therefore, the state has two policy instruments that can be used to ensure economic stability, viz fiscal policy and monetary.

The government's role in monetary policy is to oversee policy, the money supply, and interest rates. Monetary policy actors are the Central Bank or Bank Indonesia. Banks and the Indonesian currency are the focus of this policy. 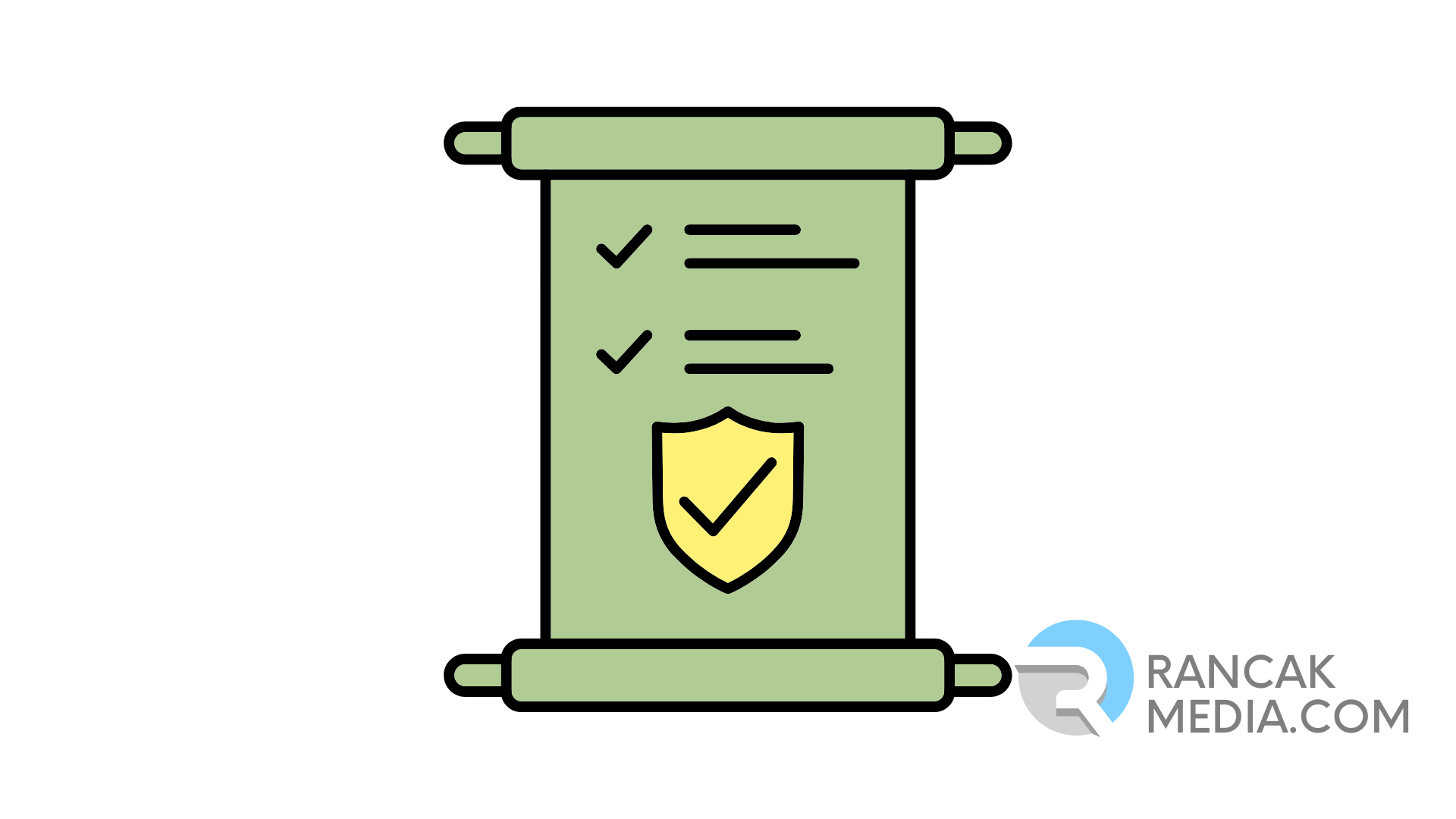 As for contractionary monetary policy, the goal is to reduce the money circulating in Indonesia when experiencing inflation. That is, these two kinds of policies regulate the flow of money in Indonesia. The instruments used to carry out monetary policy include open market operations, cash ratio policies, discount policies, and selective credit.

Fiscal policy is an economic policy used by the government to manage or move the economy in a better or desired direction by modifying government revenues and expenditures.

Fiscal policy aims to lower tax rates for individuals. With lower income taxes, the salary received will grow. As a result, consumer purchasing power can increase.

However, fiscal policy will be different if economic activity has resulted in increasing price increases. Tax rates need to be increased and state spending must be reduced. This in turn will reduce inflation.

In addition, the government regulates monetary policy through the Monetary Council, which consists of the Minister of Finance (chair), the Minister of Trade and Industry, and the Governor of Bank Indonesia (member). 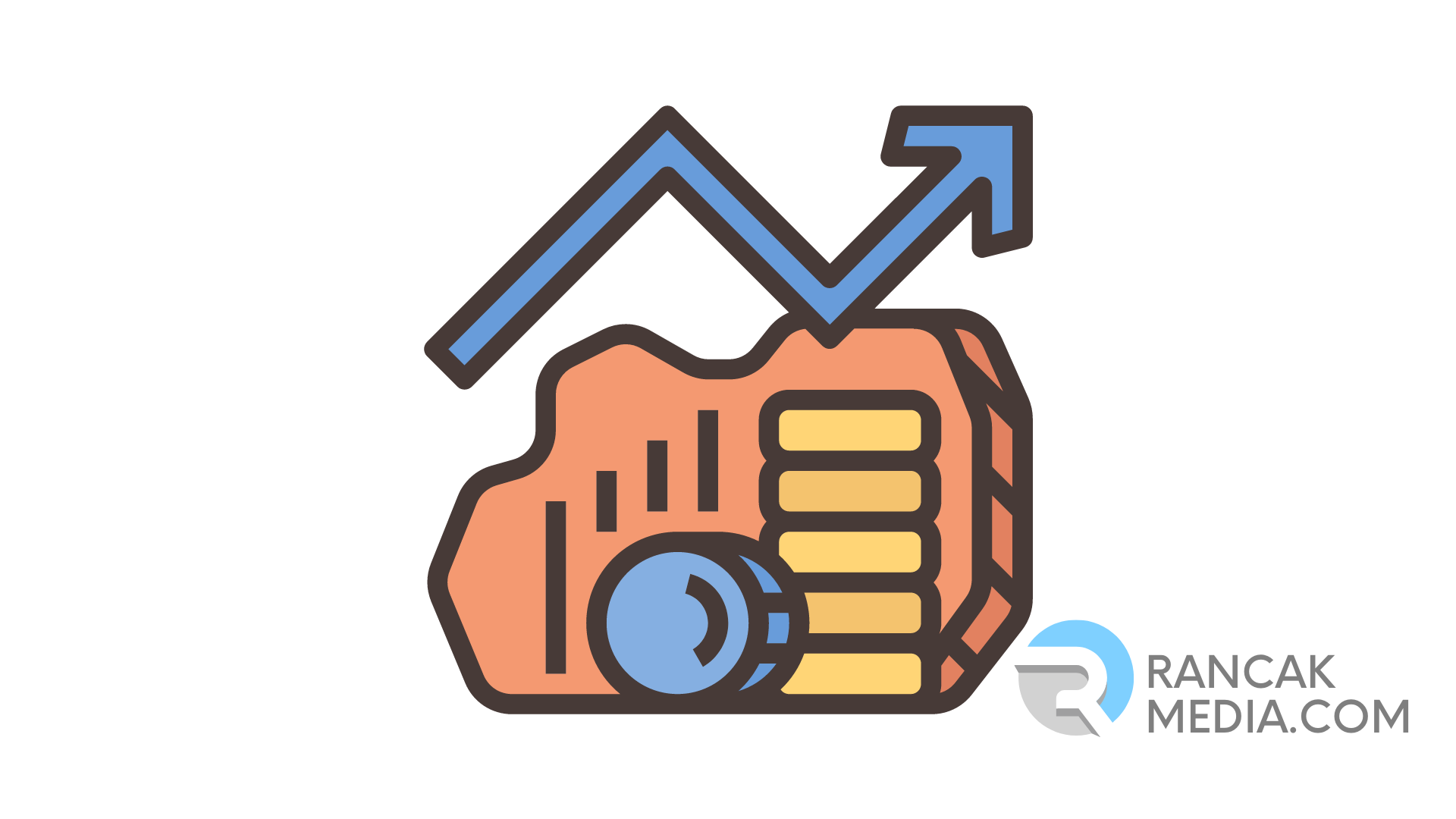 Fiscal policy seeks to steer the economy in a better direction which is marked by economic growth and economic prosperity. However, fiscal policy has a number of additional objectives. Here's the explanation:

Fiscal policy must be implemented if economic growth is to be achieved. Reducing taxes is one of these options. Reducing taxes does not mean reducing government revenue, but reducing the burden on society. In addition, the corporate and industrial environment has also improved.

When the state of the industry improves, entrepreneurs will immediately feel comfortable and interested in launching companies. As a result of the large number of developing companies, there are more job opportunities. As a result, the unemployment rate will fall.

Infrastructure development will be financed by the state budget. State spending, on the other hand, may sometimes exceed its income. This of course has an impact on increasing the national debt. The government can pursue fiscal policy by increasing taxes to minimize the state budget deficit.

The level of investment increases when the economic situation is stable in various sectors. Entrepreneurs from across the country often look for countries that are friendly to foreign investment when setting up shop. Then, state revenues from entrepreneur taxes are increasing.

After studying the various concepts of monetary and fiscal policy, you also need to know and understand examples. Generally, examples are easier to understand than theory.

The following are monetary and fiscal cases and policies, as follows: 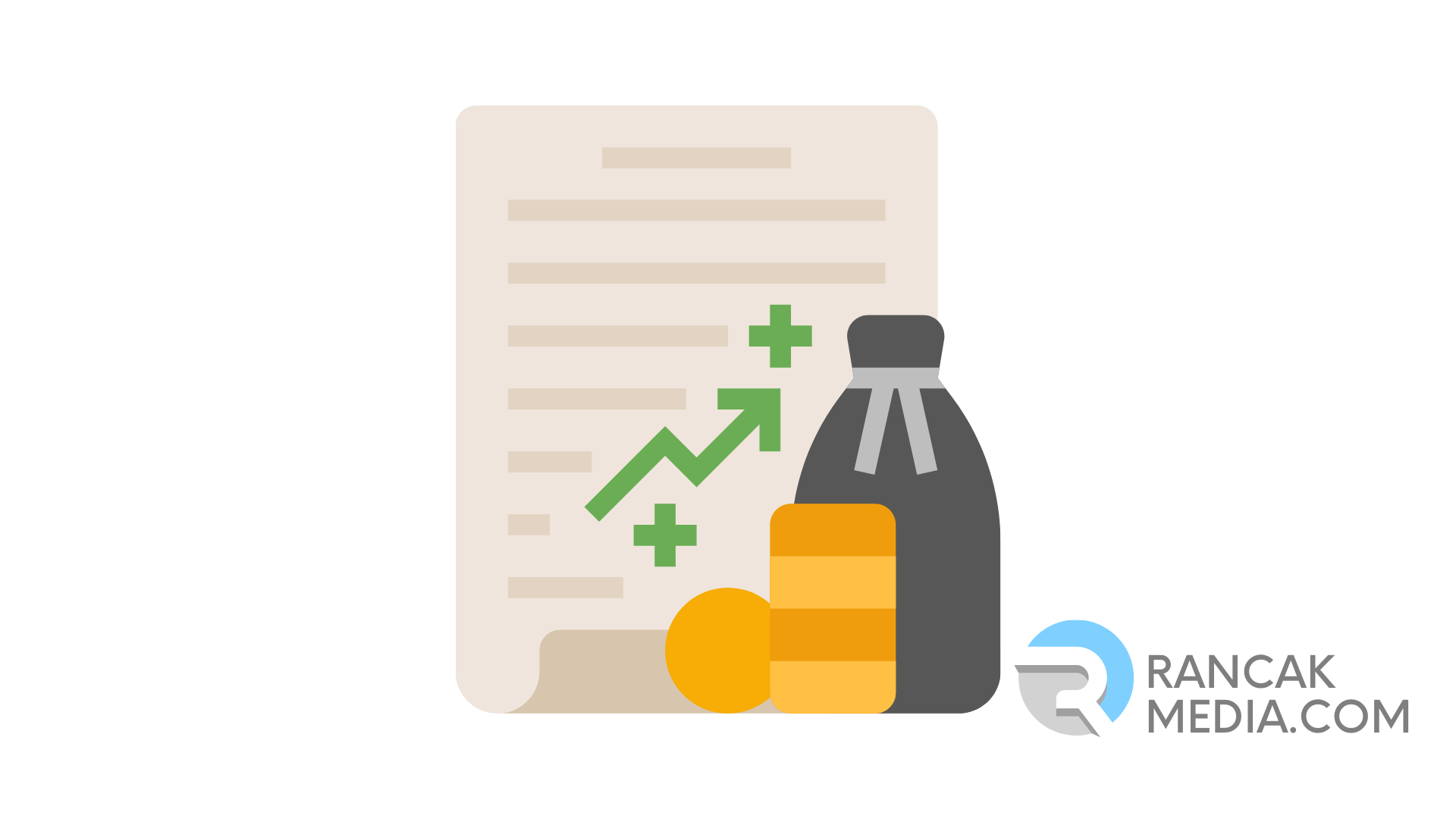 When the situation of economic activity in a country has not reached its goals, the country will cut interest rates. In this approach, individuals will seek loans from banks. The loan will increase the investment value.

Bank Indonesia, on the other hand, will again raise interest rates if it intends to slow down economic growth. Entrepreneurs and the general public will be more motivated to save due to the recent increase in interest rates. Limiting the amount of money in circulation is one approach to doing so.

The Indonesian government raised the tax rate. This policy was carried out to boost state revenues and maintain the stability of economic conditions in Indonesia.

Effective monetary and fiscal policies can truly benefit the entire country. These two steps help the Indonesian economy remain stable so that people's welfare can increase.

The following is a list of fiscal and monetary policies, including:

Fiscal policy can be divided into three categories based on how much money is coming in and going out:

A surplus budget policy is a policy in which the government does not spend all of its income on expenditure so that it will build government savings. This policy can help fight inflation.

Overspending on government spending causes inflation, which drives up prices because there is more money than product. This weakens the demand for goods and services in the overall policy. As a result, inflation can be reduced.

A balanced policy is a type of budget in which the realization of state revenue is the same as the amount of actual spending or public spending. Government spending and spending policies are adjusted as a result of these policies.

As a result, both expenditure and recipients are equal and balanced in relation to state income. The balanced budget policy has weaknesses.

The downside of deflation is that prices, output, and investment all decrease as a result of the economy's lower money supply relative to demand. Due to the decrease in spending, economic activity is also hampered and so is economic development.

A surplus budget policy is the opposite of a deficit budget policy. This policy is based on costs being greater than revenue. When expenses exceed income, a loan is often needed to pay the difference. This may be a loan from within the country or from outside. 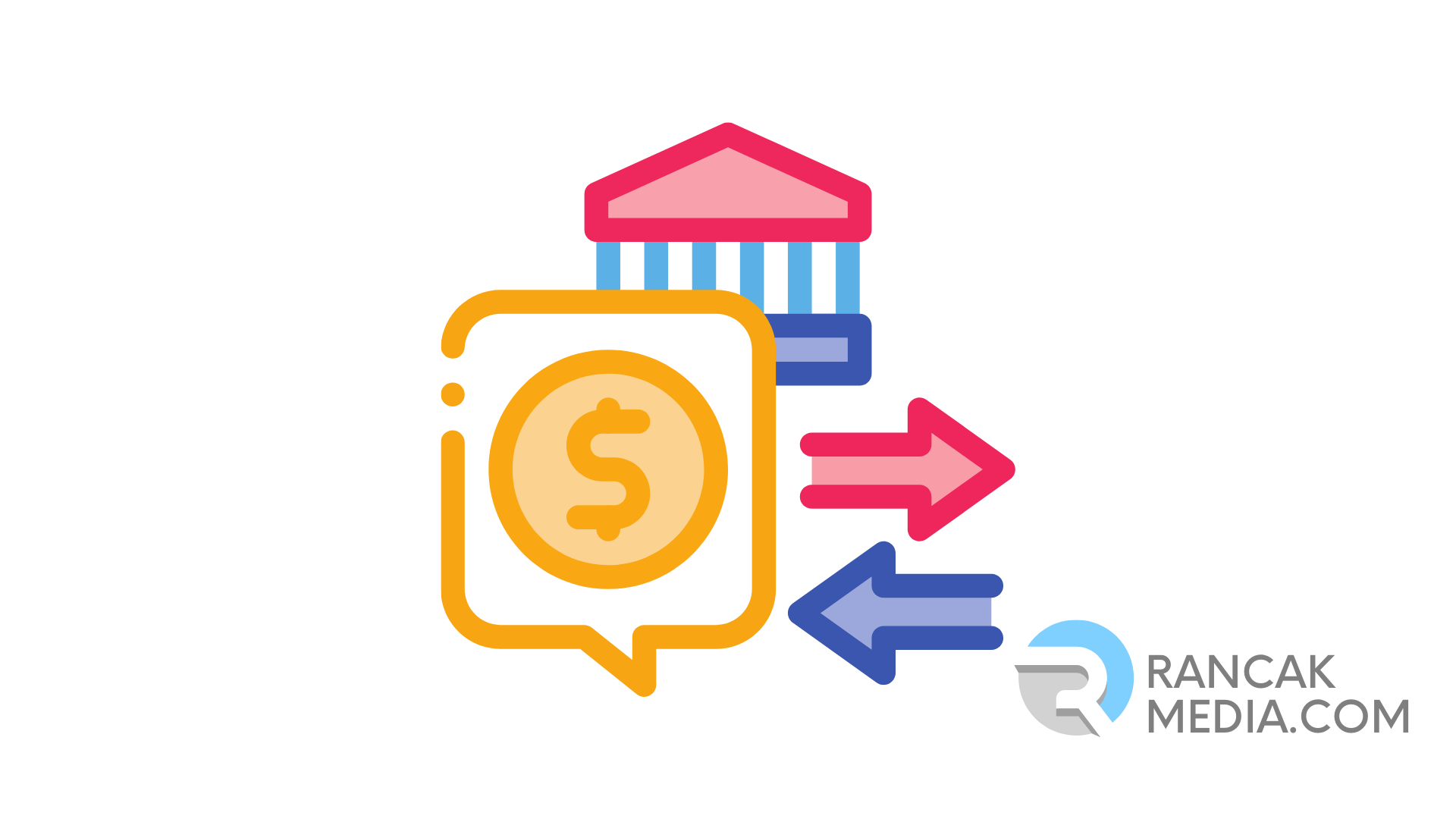 Adding and reducing the amount of money circulating in society is one way of monetary policy. For the most part, monetary policy can be classified into two broad categories:

Below we have summarized some frequently asked questions about fiscal and monetary, as follows:

This type of fiscal policy is carried out when the economy is experiencing a decline in people's purchasing power, and high unemployment rates. And the goal is to encourage healthy economic growth.

Sector economy unpredictable, because it is influenced by different causes, both internal and external. Therefore, the state has two policy instruments that can be used to ensure economic stability.

Fiscal policy aims to steer the economy in a better direction which is marked by economic growth. Monetary policy seeks to balance the balance of payments and keep inflation at a controlled level. The government regulates both through the Monetary Council.

Thus the article about what is fiscal and monetary policy, I hope the information above can be useful and helpful for all of you.