Rancakmedia.com – In the following, we will provide a list of prices for the most expensive chocolate in the world, starting from 1 million to 21 billion! If you want to know what the chocolate looks like, see in the following article.

This sweet snack is easy to find wherever you are with very varied rates. You can find chocolate prices ranging from thousands to hundreds of thousands at the supermarket closest to your home.

Even though it is made from cocoa beans, many chocolate brands in the world are priced as the most expensive for various reasons, one of which is the additional ingredients in the chocolate such as gold and also the way to prepare it.

So, here's a list of chocolates with the most expensive prices

A sweet snack called Le Chocolate Box is priced at 1.5 million United States dollars if put into rupiah for Rp. 21.7 billion per box, now this chocolate is called the most expensive chocolate in the world. 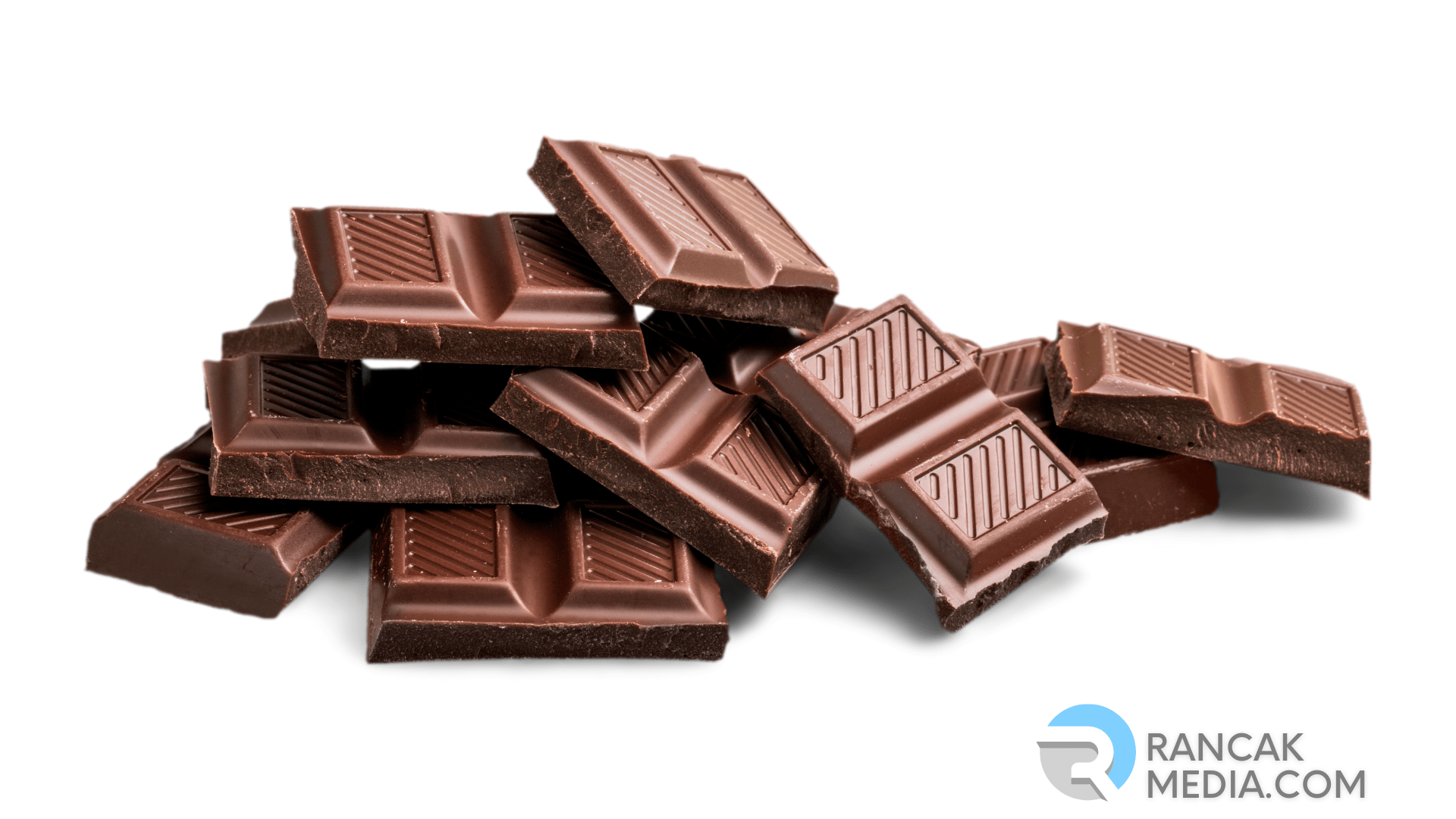 The above price is because there is jewelry from Simon Jewelers such as necklaces, rings and bracelets that are in chocolate. Le Chocolate Box comes from Lake Forest Confections.

The most expensive chocolate in the world is a form of promotion, so you can't just buy it.

The cocoa blend in Frrrozen Haute Chocolate is plated with five ounces of edible 23k gold. Furthermore, this chocolate is also served in a gold spoon decorated with white diamonds which can also be taken home.

Guinness World Records explained chocolate it resembles the most expensive non-jewelry chocolate egg. The Golden Speckled Chocolate Egg, which weighs about 45 kilograms, is being auctioned for Rp. 161 million.

These expensive chocolate eggs are made by seven chocolate makers from England and Japan. They use Amedei chocolate, edible gold leaf and Couture chocolate filling.

In 1995 the popular Cadbury snack food company decided to relaunch the Wispa gold bar. To spread the word about the event, they made special Wispa gold bars worth Rp. 23 million. 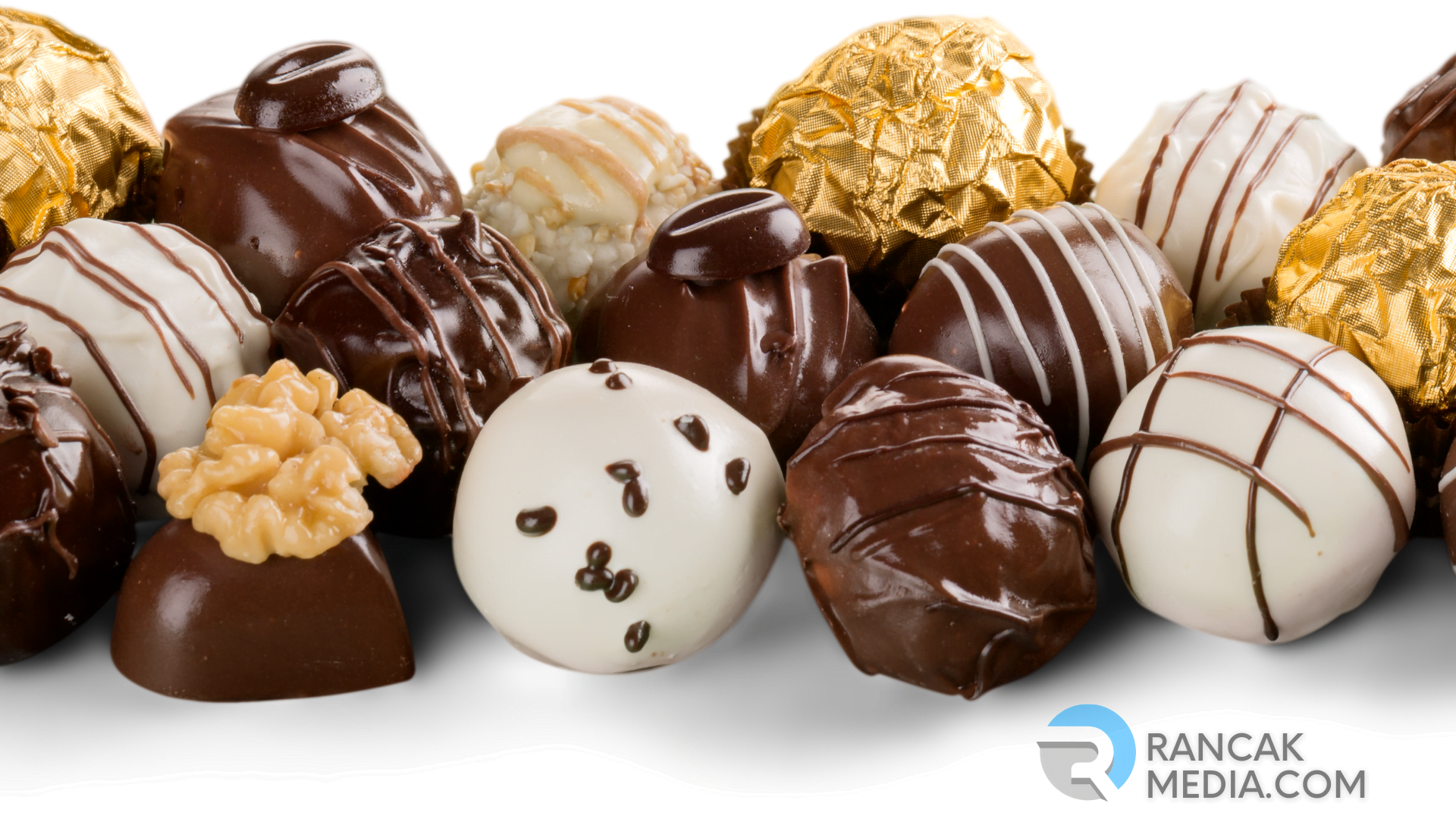 This DeLafée chocolate praline contains real 24-karat gold which is safe for consumption and is sold at Rp. 7.4 million per box.

This chocolate maker admits that the gold in chocolate doesn't add a lot of flavor, but it can add shine to dark chocolate.

The cocoa beans served are hard to find cocoa beans that are three years old. The end result of Art Series Guayasamin by To'ak Chocolate is Ecuadorian dark chocolate with 77 percent cocoa beans.

This one chocolate, Vosges Haut Chocolat, owned by Chef Katrina Markoff, is famous for its very powerful experiments. Katrina pointed to a variety of unusual chocolate additions like wasabi, cinnamon and chili.

One of the shop's most expensive chocolate selections is a box of chocolates featuring the signature Exotic Truffle Collection, along with a bottle of Krug champagne.

The Exotic Truffle Collection features nine truffles packaged in a purple box and has been sold for IDR 4.7 million. 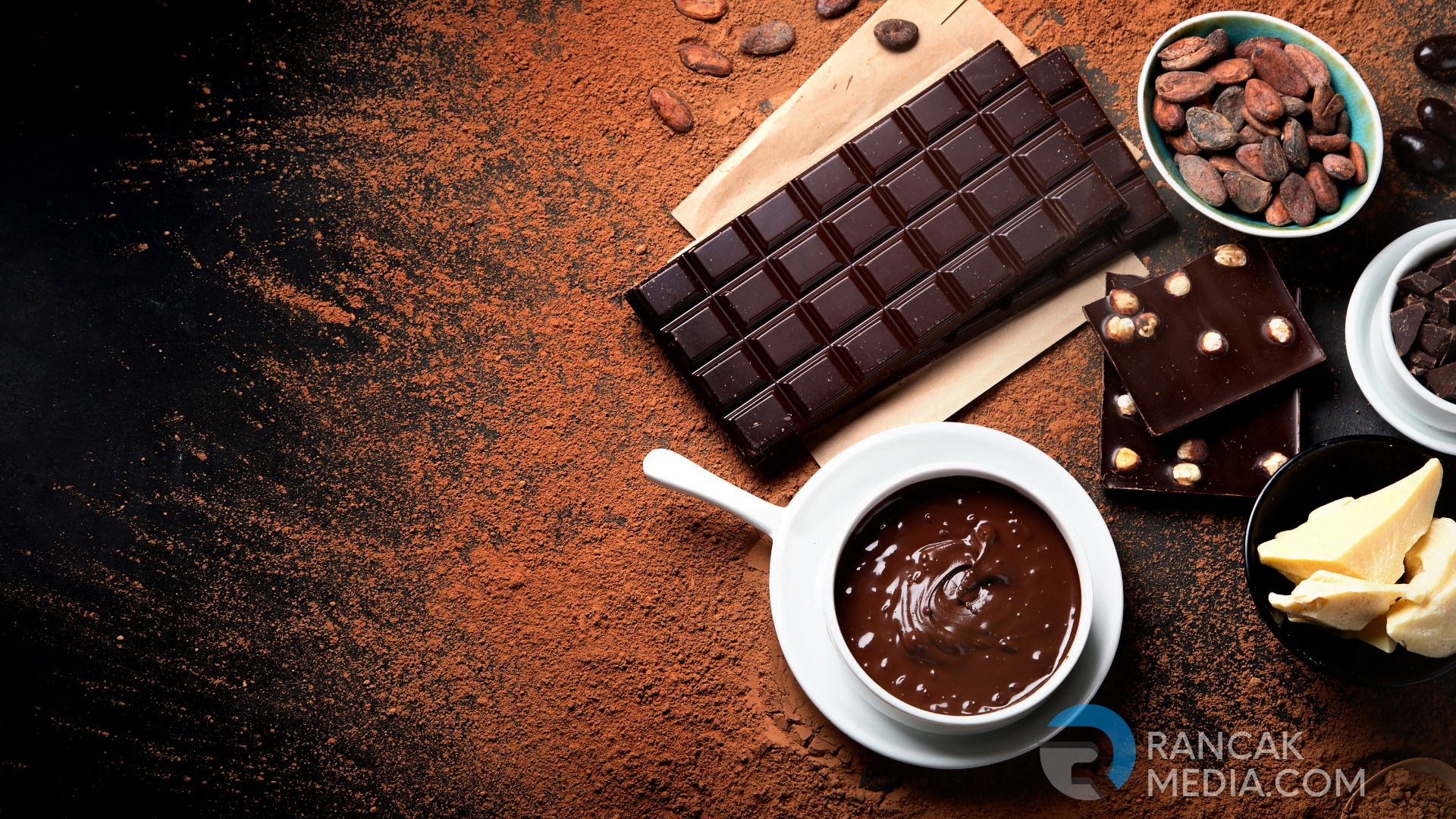 A box of New York Holiday Chocolate Ganaches contains 100 handmade ganaches. Not just chocolate, every aspect of the ganache box is a work of art with various decorations. Maribel Lieberman sells it for Rp. 4 million for one hundred pieces of ganache.

11 The House of Grauer Aficionado's Collection

House of Grauer is a cigar manufacturer that also makes a variety of teas, coffees and chocolates. One of their Aficionado collections is a box of chocolates with a subtle luxurious cigar scent.

There are three types of chocolate, namely milk chocolate, dark chocolate and Italian hazelnut. The chocolate is packaged in a brown and gold box and a brown ribbon is sold for Rp. 3.9 million per box.

These delicious chocolate-covered truffles are created by world-renowned Danish chocolatier Fritz Knipschildt. First, La Madeline au Truffe is a French Perigord truffle which sells for Rp. 14 million per half kilogram.

Then the truffles are coated with dark Valrhona chocolate and a fine layer of cocoa powder and served over a pearl glaze. Knipschildt's La Madeline au Truffe sells for IDR 3.6 million for one truffle.

Richart is the name of a chocolatier who makes chocolate creations with fruits, spices and other combinations. The chocolate processed by Richart is the main cocoa bean, sourced from farmers in Haiti, Madagascar and Venezuela.

The next expensive chocolate maker is Pierre Marcolini. He travels the world to personally select cocoa beans for his chocolate creations. Pierre Marcolini offers a wide range of chocolate delights with the most luxurious selection called The Collection.

A box of chocolates containing 36 ganache, 36 chocolates, 25 heart-shaped chocolates and other chocolates is sold at IDR 2.2 million.

Amedei Porcelana Chocolate Bar is expensive chocolate sold in Pontedera, Italy. The process of making Amedei Porcelana chocolate bars goes through many processes, from raw materials to the final product sent to consumers.

The following are questions and answers about the most expensive chocolate prices, including:

What's the Most Delicious Chocolate in the World?

Chocolate lovers, here are the 8 best chocolate brands in the world. 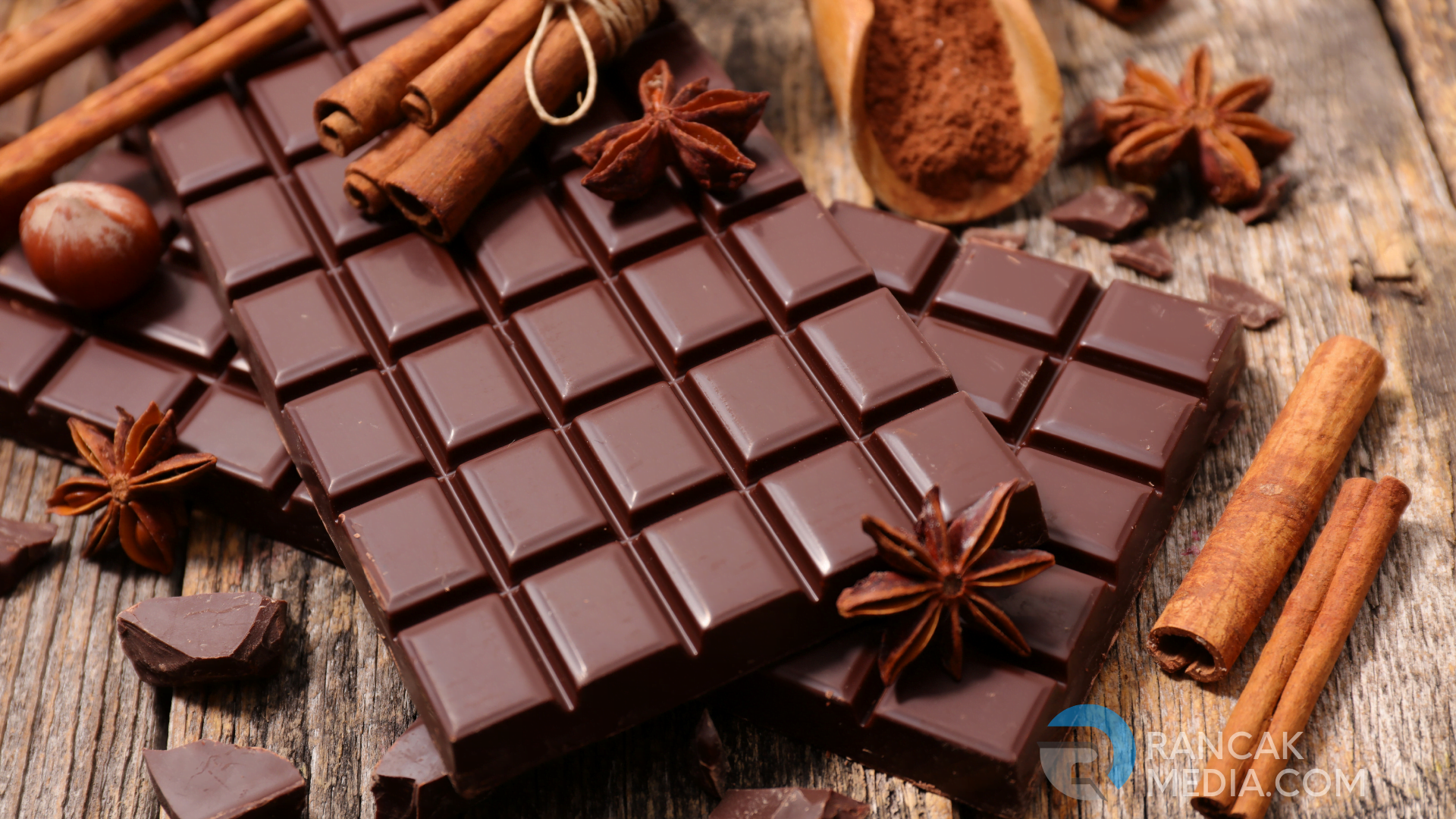 What Countries are Famous for Chocolate?

Switzerland is a country that produces the most delicious chocolate. This country produces chocolate with a delicious and varied taste. Swiss chocolate is synonymous with its rich and fresh milk content, its soft texture and melts in the mouth.

What Country Does Chocolate Come From?

In the past, chocolate was considered one of the foods that were only allowed to be consumed by royalty. Experts estimate that the cacao tree, a key ingredient in chocolate production, originally grew in the northern Amazon region through Central America to Mexico.

So that's a few price most expensive chocolate which we have provided in this article, I hope this information can help you, don't forget to read our other articles too, that's all and thank you.